HOME / WORLD / Spot The Manipulators In Your Own Life: Notes From The Edge Of The Narrative Matrix 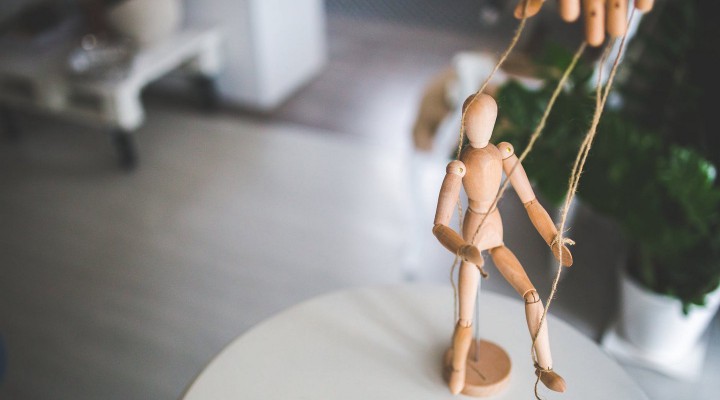 The real underlying currency of our world is not gold, nor bureaucratic fiat, nor even military might. The real underlying currency of our world is narrative, and the ability to control it. Everything always comes down to this one real currency. If you look at what all these think tanks, NGOs, media outlets and grant making networks that billionaires pour their money into actually do, it ultimately boils down to controlling the dominant stories that people tell about what’s going on in their world.

If you want to understand how narrative management works in the world, pay attention to how it plays out in your own life. What are some popular narratives within your family, perhaps about one of your family members, that don’t reflect reality? What subjects are off limits in your immediate or extended family, and why? Who do you know that repeatedly spins narratives about the kind of person they are, or the kind of person you are?

Spot the manipulators in your own life and watch their patterns, then look out to the world and compare those patterns to what you see with government and media. You’ll see the exact same patterns on a macro scale. Manipulation takes the same form whether small-scale or large.

We’ll get angry at our compatriots for not rising up and forcing real change. We’ll get angry at a loved one for not leaving an abusive relationship. What we rarely do is look closely and see that both are victims of manipulation which keeps them from changing their situation.

Whenever I talk about propaganda influencing public action I get accused of depriving people of their “agency”, but the only way to believe that is to believe it’s impossible to influence people’s decisions through media. An idea both propagandists and advertisers would scoff at.

I love my job, but it’s so stupid and annoying to have to keep dignifying the mass media with attention and analysis. They’re so discredited at this point that everyone should just be dismissing them like raving street corner preachers. I look forward to that day so I can spend my time making art instead of paying attention to the lies that are coming out of people’s screens.

There are exactly zero babies in the mainstream media bathwater. It’s a propaganda network which manufactures consent for mass murder, oppression and exploitation, and it deserves nothing other than total obliteration. Toss it all out.

All this impeachment stuff is very exciting for everyone who lacks the mental capacity to count Senate seats.

Still haven’t seen any coherent defense of Democrats impeaching over Trump’s Biden/Ukraine political shenanigans but not Bush’s torture scandals or lying about a war that slaughtered a million people.

It would be wonderful if we lived in a world where Democrats would impeach a Republican president for war crimes. Unfortunately it won’t happen because (A) they’d implicate countless Democrats in the process and (B) they want be able to commit their own war crimes once back in office.

Anyone who warns that impeachment is a distraction from more important issues will get told “We can walk and chew gum at the same time! We can push impeachment AND advance progressive agendas!” The same people saying this just spent the last three years fixating on Russia instead of advancing progressive agendas.

It’s unfortunate that when someone changes to a new belief system, like converting to a religion or whatever, their attention goes into that new belief system and not into the amazing discovery that they have the incredible superpower to change their beliefs whenever they want.

To have the luxury of being able to do deep inner work and become a healthy human being on this planet is a tremendous privilege, yet most who have this privilege neglect to use it. Do your part in clearing our species of insanity, if you are able. To do otherwise is a betrayal of humanity.

Mentally replace all the doofy company logos on people’s cars and clothing with the word “CAPITALISM”.

If US government agencies say “So this thing just happened and as a result we’re going to have to intervene militarily over there,” and your immediate, reflexive answer isn’t “Bullshit, either provide indisputable and independently verifiable proof or fuck off,” then you’ve learned nothing at all about the history of US interventionism.

The extremist militants who nearly succeeded in toppling the Syrian government are not and have never been “moderate rebels”. They’re only “moderate” compared to the psychopaths who’ve been funding them.

Establishment narrative management about Syria is so uniquely heated and aggressive for two reasons:
1) Syria has unique geostrategic importance.
2) The empire has done extremely evil things in Syria that it absolutely cannot allow to enter into mainstream attention.

People tell me “It’s not Trump’s fault he keeps advancing evil establishment agendas! He’s being manipulated!” But seriously, who gives a fuck? Either he’s an impotent puppet who does as he’s told or he’s doing it on his own. Either way, fuck him. It’s a meaningless distinction.

“Is it journalism?” is a meaningless, power-serving debate. The question is if it’s GOOD journalism. Stop imbuing the word with magical significance and accept that it’s simply a description of an activity that can be done by Jake Tapper, Julian Assange, or a small-time Youtuber.

I have this platform because of baked-in privileges, extraordinary support, but also sheer luck and miracles clearing me over the many invisible walls that prevent people like me getting a big voice. I acknowledge the existence of those invisible walls. I exist to knock them down.

0 thoughts on “Spot The Manipulators In Your Own Life: Notes From The Edge Of The Narrative Matrix”