HOME / WORLD / Re-Visiting Russiagate In Light Of The Ukraine War

Re-Visiting Russiagate In Light Of The Ukraine War 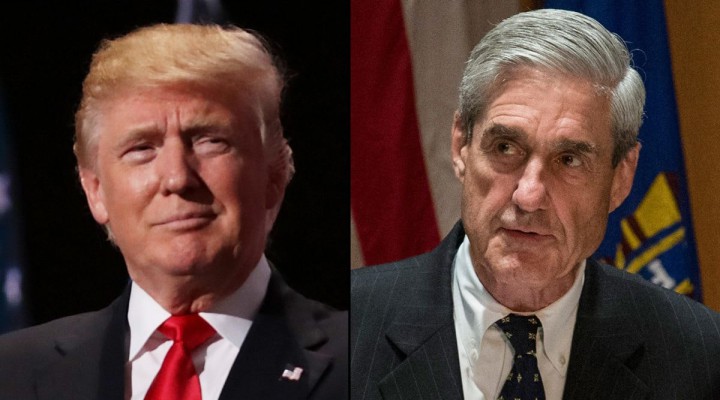 It’s hard to believe that the last president spent his term pouring weapons into Ukraine, shredding treaties with Russia and ramping up cold war escalations against Moscow which helped lead us directly to the extraordinarily dangerous situation we now find ourselves in, and yet mainstream liberals spent his entire administration screaming that he was a Kremlin puppet.

A lot of anti-empire commentary is rightly going into criticizing how the Obama administration paved the way to this conflict in Ukraine with its role in the 2014 coup and support for Kyiv’s war against Donbass separatists. But what’s getting lost in all this, largely because Trumpites have been using their mainstream numbers to loudly amplify criticisms of the role of the Obama and Biden administrations in this mess, is what happened between those two presidencies which was just as crucial in getting us here.

Though it’s been scrubbed from mainstream liberal history, it was actually the Trump administration that began the US policy of arming Ukraine in the first place. Obama had refused forceful demands from neocons and liberal hawks to do so because he feared it would provoke an attack by Russia.

In a 2015 article titled “Defying Obama, Many in Congress Press to Arm Ukraine“, The New York Times reported that “So far, the Obama administration has refused to provide lethal aid, fearing that it would only escalate the bloodshed and give President Vladimir V. Putin of Russia a pretext for further incursions.”

It wasn’t until the Trump presidency that those weapons began pouring into Ukraine, and boy howdy are we looking at some “further incursions” now. This change occurred either because Trump was a fully willing participant in the agenda to ramp up aggressions against Moscow, or because he was politically pressured into playing along with that agenda by the collusion narrative which had its origins at every step in the US intelligence cartel, or because of some combination of the two.

In all the world-shaping news stories we’ve been experiencing lately, it’s easy to forget how the narrative that the Kremlin had infiltrated the highest levels of the US government dominated news coverage and political discourse for years on end. But in light of the fact that today’s major headlines now revolve around that exact same foreign government, this fact is probably worth revisiting.

The most important thing to understand about the Trump-Russia collusion narrative is that it began with western intelligence agencies, was sustained by western intelligence agencies, and in the end resulted in cold war escalations against a government long targeted by western intelligence agencies. It was the US intelligence cartel who initiated the still completely unproven and severely plot hole-riddled claim that Russia interfered in the 2016 election to benefit Trump. It was a “former” MI6 operative who produced the notorious and completely discredited Steele Dossier which birthed the narrative that Trump colluded with the Kremlin to steal the 2016 election. It was the FBI who spied on the Trump campaign claiming it was investigating possible ties to Russia. It was the US intelligence cartel which produced, and then later walked back, the narrative that Russia was paying Taliban-linked fighters to kill allied occupiers in Afghanistan which was leveraged by Democrats to demand Trump escalate further against Putin. It was even a CIA officer who just so happened to be in the right place at the right time that kicked off the flimsy impeachment narrative that Trump had suspended arms deliveries to Ukraine.

Every step of the way the mass media was fed reports by intelligence operatives and by elected officials sharing pieces of information they’d been told by intelligence operatives about potential indications of a conspiracy between Trump’s circle and the Russian government, which often faceplanted in the most humiliating ways as subsequent revelations debunked them. Day after day some new “BOMBSHELL” media report would surface tying some obscure Trump underling so some Russian oligarch in some way, the outlet which published it would be rewarded with millions of clicks, only to have it fizzle into a flat nothing pizza within a few days.

25 Times Trump Has Been Dangerously Hawkish On Russia

Day after day mainstream liberals were promised major revelations which would lead to the entire Trump family being dragged from the White House in chains, and day after day those promises failed to deliver. But what did happen during that time was a mountain of US cold war escalations against Moscow, a very good illustration of the immense difference between narrative and fact.

Trump supporters like to believe that the Deep State tried to remove their president because he was such a brave populist warrior leading a people’s revolution against their Satanic globalist agendas, and surely there were some individual goons within their ranks who would have loved to see him gone. But in reality the major decision makers in the US intelligence cartel never intended to remove Trump from office. They’d have known from their own intel that the Mueller investigation wouldn’t turn up any evidence of a conspiracy with the Russian government, and they’d have known impeachment wouldn’t remove him because they know how to count Senate seats. Russiagate was never about removing Trump, it was about making sure Trump played along with their regime change plans for Moscow and manufacturing mainstream consent for the escalations we’re seeing today.

And now here we are. Joe Lauria has an excellent new article out for Consortium News titled “Biden Confirms Why the US Needed This War” which lays out the evidence that the Ukraine invasion was deliberately provoked to facilitate the longstanding agenda to oust Putin and “ultimately restore a Yeltsin-like puppet to Moscow.” The US could easily have prevented this war with a little bit of diplomacy and a few low-cost concessions, but instead it chose to provoke a war that could then be used to manufacture international consensus for unprecedented acts of economic warfare against Russia with the goal of effecting regime change.

Biden Confirms Why the US Needed This War https://t.co/k8YWZ9ylQH

The U.S. got its war in Ukraine. Without it, Washington could not attempt to destroy Russia’s economy, orchestrate worldwide condemnation and lead an insurgency to bleed Russia, all part of an attempt to bring down its government. Joe Biden has now left no doubt that it’s true.

The president of the United States has confirmed what Consortium News and others have been reporting since the beginnings of Russsiagate in 2016, that the ultimate U.S. aim is to overthrow the government of Vladimir Putin.

“For God’s sake, this man cannot remain in power,” Biden said on Saturday at the Royal Castle in Warsaw.

This was all planned years in advance. Long before Biden’s presidency, and long before Trump’s. It is not a coincidence that we spent years being bombarded with anti-Russia propaganda in the lead-up to a massive confrontation with that same government. There’s no connection between the discredited allegation that Trump was a secret Kremlin agent and Putin’s decision to invade Ukraine, yet the mainstream anti-Russia hysteria manufactured by the former is flowing seamlessly into mainstream opposition of the latter.

This is because this was all planned well in advance. We’re where we’re at now because the US empire brought us here intentionally.

In America Truth Is the Hardest Thing to Find