HOME / WORLD / It’s Spelled ‘Dead Asshole’, Not ‘Philanthropist’: Notes From The Edge Of The Narrative Matrix 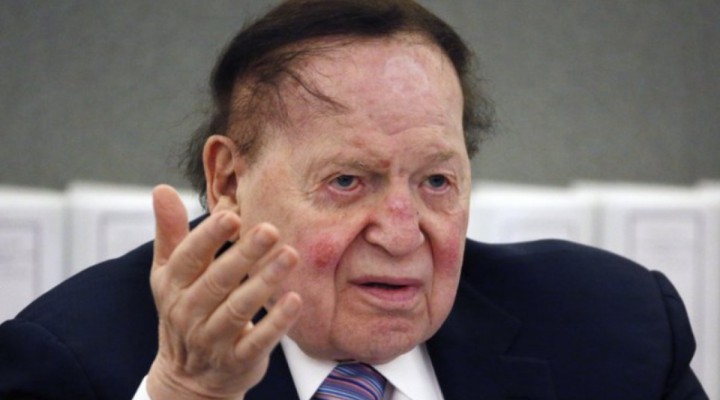 Point of order regarding Sheldon Adelson: the correct term for someone who spent his whole life being an asshole and then died is “dead asshole”, not “philanthropist”.

The Capitol riot wasn’t the worst thing a US president has done.

It’s not even the worst thing this current president has done.

It doesn’t even come near his top ten.

It’s not even the worst thing he’s done this month.

This is clear to anyone who thinks non-American lives matter.

If your response to being told the US empire constantly does far worse things than the Capitol riot is to shriek “STOP MINIMIZING THIS!”, then it is you who is trying to minimize the horrors of US imperialism. Obviously the Capitol riot was bad. Now look at US military slaughter.

I wonder if we’re close to finding out how aggressively a civilization can be propagandized before it snaps?

The time to be critical of new authoritarian escalations is precisely the time that consent is being manufactured for them, not when it’s safe and makes you look cool in front of your friends.

I see people bleating the “if you’re choosing this time to take a stand on free speech you’re a fash” line a lot, and it’s fallacious because (A) it pretends opponents of internet censorship just started doing it four days ago, and (B) times of intense emotion are when the most dangerous measures are rolled out.

The online left isn’t as worried about creeping internet censorship as it should be because it hasn’t been experiencing anywhere near the degree of censorship it will encounter if it becomes a real threat to power. And, if we’re serious about this, threatening power is the goal.

“The left is already being censored Caitlin.”

Not compared to what’s coming if we become a threat to power. Institutional censorship of our political speech is very different than being mass-reported by the KHive for saying mean things to a shitlib. It can get much, much worse.

A sane person standing against the mainstream consensus of a society that is bat shit insane will necessarily frequently look like a “contrarian”.

The Saudi-led mass atrocity in Yemen, the worst atrocity on our planet right now, could not take place without the blessing and support of the US and its allies. Right now the best thing anyone can do to help end it is pressure Biden to immediately honor his promise to do so.

I will say again that there is no valid reason for Biden not to be grilled about his Yemen campaign promise and how he plans to implement it any time he’s in front of a member of the press. To my knowledge he’s never been asked one question about Yemen since the election.

Yemen is one of those things that gets more and more horrifying the more you look at it, but if you don’t look it just hangs out in the back burner of your consciousness as an ugly but unacknowledged reality like repressed childhood trauma.

It’s so crazy how Israel’s constant airstrikes on Syria are just background noise that hardly anyone is aware of. Imagine a country in western Europe routinely bombing its neighbor and killing large numbers of people and the public being generally unaware that it’s happening because the press barely reports it.

As a gentle reminder, you can be manipulated, and so can I. We must keep this in our awareness if we want to form a clear picture of what’s going on in our world.

I haven’t done psychedelics in years but whenever I did I had a little ritual of sincerely saying to the substance, “Please show me whatever it is I need to see.” And it always did. Highly recommend.

Just because the system is stacked against you doesn’t mean the universe is. We’re up against the ephemeral agendas of a few mortals whose lives are tiny specks in a yawning infinity. There are mysterious forces at work in our species. Life is not against you. Don’t give up hope.

0 thoughts on “It’s Spelled ‘Dead Asshole’, Not ‘Philanthropist’: Notes From The Edge Of The Narrative Matrix”