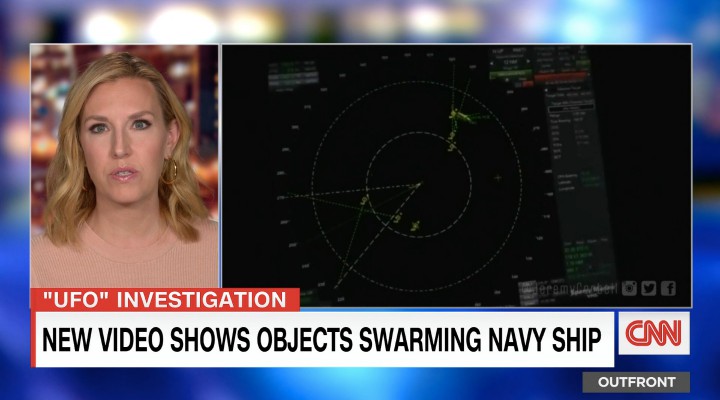 1. There’s no getting around talking about this UFO stuff. The fact that it’s a story is itself a major story. There’s no point in trying to look cool by ignoring it, especially given its potentially huge implications in propaganda narratives and the expansion of the US war machine. Nothing with this much public interest that is also being pushed by the Washington political establishment, by military insiders and by the mass media in cooperation with the Pentagon is likely to go away anytime soon. The narrative needs to be engaged, and engaged critically.

2. At this point in time I find the notion that this steadily intensifying Pentagon narrative is unfolding by pure coincidence at the same time the US is ramping up cold war tensions with Russia and China amid a race to militarize space highly unlikely. Full spectrum dominance means full spectrum dominance, and military officials have doubtless been casting their eyes skyward thinking about how terribly un-dominated it is up there.

3.This guy put out a video a few days ago which looks to my unscientific mind like a fairly thorough dismantling of the Pentagon-verified “UFO” footage that the mass media has been pushing, as well as a well-deserved thrashing of the unscrupulous pundits who’ve been promoting it. Tucker Carlson deserves special mention for looking especially hysterical in the clips he appears in:

This one is more serious and technical with slightly different conclusions:

This doesn’t by itself invalidate other aspects of the story like the new radar “swarm” video or the pilot testimonies regarding the famous 2004 USS Nimitz “tic tac” encounters, but the fact that every object we’ve actually been shown can be explained by mundane and easily identified phenomena doesn’t say much for a story that was sparked in 2017 by “leaked” “UFO” videos. If random YouTubers can debunk them it’s also entirely possible that the Pentagon knew they were bunk.

4. We’ll know more about where this is all headed when the Senate report on these phenomena comes out, which supposedly could happen anytime this month. If it’s just a long-winded “Yeah there’s some stuff up there we haven’t identified, we should probably try to identify it,” then we might not have much to worry about; if it contains new and incendiary information then the odds of this thing being used to advance US military objectives go up dramatically. The more likely it is to get weapons and money moving in new directions, the more suspicious we should be.

5. Another reason to be highly skeptical of all this stuff is it’s one more of those conspiratorial narratives which doesn’t actually threaten real power structures in any way. Anything rich people find cool is going to have some degree of toxicity to it. You’re not going to get any paradigm-shattering revelations from an exploration that’s been spurred on by people like Harry Reid and Marco Rubio. Nobody’s shattering a paradigm which they serve and profit from.

6. If anyone starts talking about the possibility of extraterrestrials requiring military attention, they are lying. If there really is an epidemic of aircraft appearing in US airspace which really can’t be identified, and if they aren’t just advanced technology from some other country, and in the unlikely event that they are in fact extraterrestrial, then there’s literally no reason for the US military to have anything to do with them. If they’re not hostile then everyone should keep their weapons far away from them, and in the extremely unlikely event that they are hostile ETs then the US military would be of no more use against them than a kid with a flyswatter.

7. US news media would have every reason to feed into this stuff, and it is not in this case necessarily due to an explicit desire to promote military propaganda. Ratings have plummeted since Trump left office, and a UFO narrative that is being validated by “credible” sources like politicians and the Pentagon is an easy way to put a bump in that slump. UFOs are their new Trump.

8. When the US government and media are telling the public that the Pentagon has been studying UFOs and they’ve been hiding this for years, you don’t get to act like suggesting the possibility of a staged chemical weapons attack coverup is some kind of unspeakably outlandish conspiracy theory anymore. The tactic of shaming people into silence for valid concerns with the pejorative “conspiracy theorist” has been ended, by the very power establishment which likes to use it.

0 thoughts on “Eight Thoughts On The “UFO” Narrative”