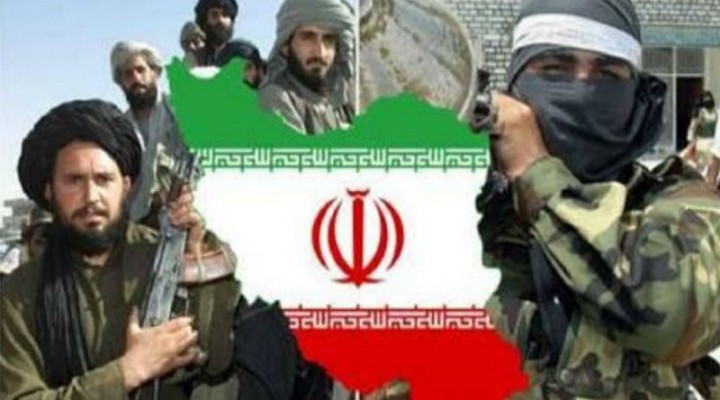 The CNN report earlier this week alleging that Iran paid bounties to the Taliban to kill US troops aims to reinforce the narrative that Tehran supports “terrorists”, portray the country as an obstacle to peace in Afghanistan, and lastly prompt multilateral sanctions pressure upon it.

If At First You Don’t Succeed, Try, Try Again!

Just like the New York Times’ fake news earlier this summer about Russia allegedly paying bounties to the Taliban to kill US troops, CNN’s latest variant of this narrative about Iran supposedly doing the same should also be met with skepticism. The Islamic Republic is the subject of this particular information warfare attack after the earlier one failed to resonate with anyone other than those who are already predisposed to distrusting Russia and suspecting it of all sorts of foul play across the world. Russia doesn’t have a history of supporting Islamic groups, but Iran does, which is why this story was thought to be more believable the second time around after the Eurasian Great Power was swapped out with the Islamic Republic as the “bad guy”. Iran predictably denied the claims, and the author’s intuition is that it’s telling the truth since the Taliban is always eager to kill Americans without any external incentive to do so. Regardless of the veracity of this latest report, however, making its contents public was intended to achieve three strategic objectives.

The US, “Israeli“, and GCC (collectively referred to as “Cerberus“) narrative is that every foreign organization supported by Iran, both openly like Hezbollah and speculatively like the Ansarullah and the Taliban, are “terrorists”. It’s unimportant in this context whether they deserve that label (the author argues that none of them do while nevertheless accepting the UN’s, Russia’s, and other individual countries’ official designation of the Taliban as one) since the significance lies in presenting Iran as a “global sponsor of terror”. Since the Taliban has a terrible reputation abroad in spite of many countries nowadays diplomatically engaging with it for pragmatic reasons related to advancing the Afghan peace process, there’s enough innuendo among many (mostly in the West and parts of the Mideast) to believe that CNN’s story might actually be true. Even if they don’t, one of the points in publicizing the details of this story is to subconsciously precondition them into eventually accepting it by repeating this narrative until more of them finally do.

2. Portray Iran As An Obstacle To Afghan Peace

In parallel with reinforcing the narrative that Iran supports “terrorists”, this latest story aims to portray the country as also being an obstacle to Afghan peace, just like it’s made to seem when it comes to peace in the Mideast vis-a-vis its conflicts with “Israel” and the GCC. The Afghan peace process is slowly but surely moving forward despite several delays, the most latest of which is Kabul once again getting cold feet about fulfilling the prerequisite that it release a significant number of Taliban fighters first, but observers are still hopeful that some progress will eventually be made. As has been learned throughout the course of this conflict over nearly the past two decades, it’s a lot easier to talk about peace in Afghanistan than actually make tangible progress on it, so in the event that the process once again flounders, then the US might be trying to set Iran up as the scapegoat. It doesn’t matter whether or not this is truly the case, but just that it’s accepted (even cautiously) by the international community at large.

The US is trying in vain to convince the international community to impose so-called “snapback sanctions” on Iran in connection with the 2015 nuclear deal that America itself voluntarily pulled out of two years ago. It’s practically impossible for it succeed in this respect through any legal means, but what it can do is shape a complementary narrative for “justifying” its unilateral reimposition of such extreme economic restrictions and subsequent threat to impose “secondary sanctions” against all those who violate them like it’s currently doing with the present sanctions. Diverting focus from what the US claims are Iran’s violations of this deal to its alleged support of “terrorists” in the “Greater Mideast” (an American term that includes Afghanistan) might be intended to give the US a comparatively more “plausible” pretext for this latest asymmetric aggression against one of its chief rivals. On such a basis, the US might be able to gather much more multilateral support for these moves than if it strictly struck to the narrative that Iran violated the same deal that the US pulled out of.

It’s likely not a coincidence that CNN released its story about Iran and the Taliban just a few days after the UNSC resoundingly rejected the US’ motion to impose “snapback sanctions” on Iran. It was obviously expected that this would happen, hence why Washington had a backup plan ready to implement in that scenario, ergo the variation of its earlier claims this summer about Russia supposedly being the one paying bounties to the Taliban to kill US troops. Truth be told, the US should have went with the Iranian variant of this story from the get-go since it was always comparatively more believable to a larger audience than accusing Russia of this, though there were arguably other interests at play as previously explained by the author at the time in his hyperlinked analysis at the beginning of this article about why the American “deep state” chose to make Moscow the original “bad guy”. Even in the event that just as few believe the latest story about Iran as they did the one about Russia, the US will probably seek to instrumentalize these accusations to advance its strategic objectives.