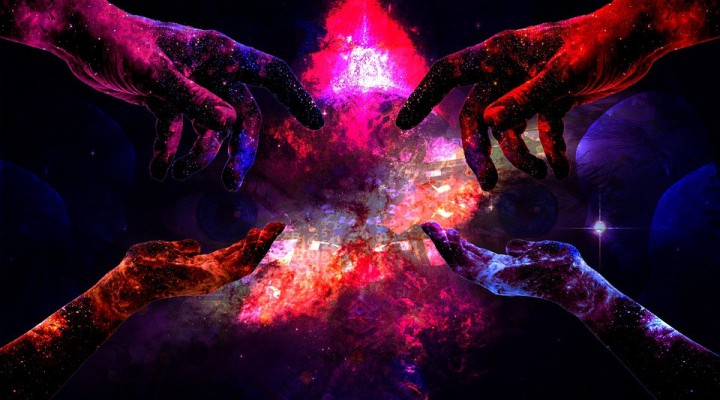 If you are reading this, it’s likely the result of a long and ongoing process where at some point you got very curious about what’s going on in the world and managed to punch through the fog of mass media psyops with a mixture of research, logic, and insight. But the fact that you had to do this means everyone is being constantly psychologically assaulted at mass scale by very powerful people.

You never signed up for this. None of us ever signed up to have our minds pummelled with continuous plutocratic psyops working to manipulate the way we perceive reality. This is an unprovoked act of aggression against us all, and a violation of our personal sovereignty.

Mass media, think tanks, NGOs, algorithm manipulation, social media censorship, the entire education system: all the systems which we’ve been conditioned to look to to figure out what’s going on in the world are just indoctrination programs disguised as information and education. It is disgusting, and it is abusive.

As long as the wealthy and powerful are manipulating the way we think, act and vote at mass scale, they’re going to keep enacting their psychopathic will upon the world. We’re going to have to find a way to wake up from the blanket of perception management they’ve laid over our species, or we will go the way of the dinosaur.

Luckily, we already have our answer on how to do that in everything we know about our species already. The only thing that ever leads to positive changes in human behavior is an expansion of consciousness.

Any time you see a positive change in human behavior, the underlying point of influence in that shift will always be an increase in awareness. This is true whether you’re talking about the behavior of an individual human, or humanity as a whole, or any collective grouping within those two extremes. Much like a physical law, this is a constant principle of human life in this world.

When someone with an anger problem experiences a healthy change in their relationship with that emotion, it will always be because they became more conscious of the mental and emotional processes within them, either by therapy, introspection, reading a self-help book, or some combination of factors. Because they got conscious of what’s going on inside themselves, they are no longer passive passengers in the matter of when and how their anger manifests, but an active participant in it.

When a society decides that racism is a destructive and unjust feature of society, it will always be the result of a concerted effort to bring awareness to that injustice and destructiveness. Because activists worked hard to bring awareness to the abusive and undesirable nature of slavery, apartheid, prejudice, etc, desirable changes in the collective relationship with those abusive elements took place. Still plenty of work to do, but change has definitely happened, and it happened because of an increase in awareness.

Positive behavioral changes can of course be the result of improved material conditions like the elimination of poverty in a certain area, but that movement to eliminate poverty was always itself ultimately the result of someone or a group of someones becoming aware of better systems for improving people’s material conditions and of how to put those systems into effect. There would also need to be an increase in awareness of the torturous nature of poverty.

Now, think about that process mentioned earlier where you began educating yourself about what’s going on in the world. What was that apart from an expansion of awareness? You didn’t used to be aware of the true nature of government, war, propaganda, empire building and oligarchy, but now you are. This led to a positive change in that you are now able to make truth-based thoughts, speech and actions in the world you live in.

This is a very simple principle: the more awareness there is, the more harmony there will be. But just because it’s simple doesn’t mean it’s easy.

The deck is stacked very aggressively against the collective expansion of consciousness. Government secrecy, propaganda, and systematic indoctrination from early childhood are all carefully engineered by the ruling class to ensure the continuation of their rule.

All we can do in response to this is help spread awareness as much as we can. Right now the number of people who understand what’s going on is very small, and the powerful aim to keep it that way; that’s why internet censorship campaigns are ramping up like never before and critical natsec journalism is being aggressively attacked. But if we can be very clever and spread truthful information in a way that helps wake up even one person to what’s really going on, our numbers grow by that much, and then that’s one more person you have working to awaken the world.

It’s not at all impossible to get an explosion of collective consciousness happening in such a scenario. Not easy. But certainly not impossible.

So the answer to the ever-present question “What can we do?” is, spread awareness. Spread awareness outwardly in the world in whatever fun and creative ways you can, and spread awareness inwardly to your own psychological processes as well, since that’s part of the network of humanity we’re trying to bring into consciousness.

Do everything you can to expand consciousness, in yourself and in the world, and you cannot help but move humanity toward health.

The Lies That Form Our Consciousness and False Historical Awareness