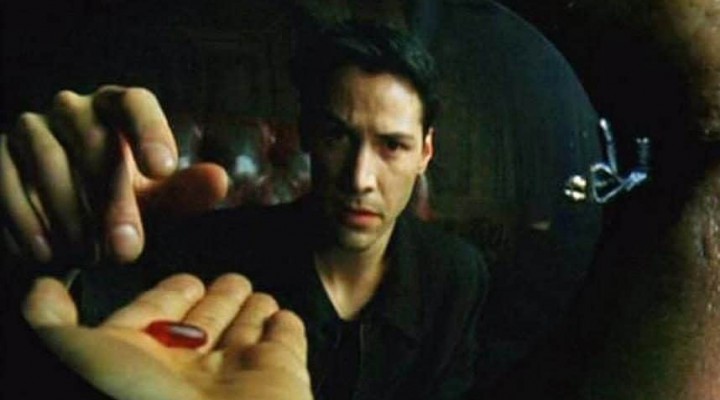 I talk about the power of self-enquiry a fair bit in my musings about enlightenment and human consciousness, so I thought it might be good to tap out a simple how-to on the subject in case anyone finds it useful.

Self-enquiry, or self-inquiry, is a practice popularized in the west by the circulation of nondualist teachings from the renowned Indian sages Ramana Maharshi and Nisargadatta Maharaj. It requires no faith in any teacher, teaching or tradition, nor even in the practice itself. Self-enquiry is a method for inquiring for yourself into your own nature and discovering in your own firsthand experience what lies at the end of that investigation.

Most of our suffering and confusion (which is what the propagandists I write about rely upon to manipulate us into believing establishment narratives) stems from a fundamental misunderstanding of the way our experience is actually happening. Partly due to culture, partly due to language, and partly due to the fact that we begin life as helpless little things at the mercy of an often terrifying world, we develop mistaken notions about ourselves, about our minds, and about the world, and we form conditioning patterns around those mistaken notions. Self-enquiry works to correct those fundamental errors and habits of perception, which allows for the possibility of a serene mind and an efficacious way of functioning.

Self-enquiry is a practice that you can engage in all day, every day, to whatever extent that you’ve got attention at your disposal for the endeavor. You can do it at work, while driving, while eating, in the shower, whenever. There are many different approaches to the practice, but here’s the way I’ve found useful, broken down into its five distinct steps. If it speaks to you, bookmark it and refer to it as often as you find useful:

Step 1: Begin with the premise that nothing you believe is true.

Since our suffering is premised on a misapprehension of reality, it’s necessary to first abandon all our beliefs about what’s real before beginning a sincere investigation.

The goal of self-enquiry is to come to a clear and present understanding of the real that is true beyond a shadow of a doubt. This means you need to abandon all your prior assumptions about what you are, what the world is, what consciousness is, and begin your investigation from scratch. Start out assuming you’re like Keanu Reeves’ character in the beginning of The Matrix and nothing you believe about anything is true. Then, from there, allow your investigation to show you what is true. Take nothing on faith and accept no mental story as truth. Settle for nothing but direct, nonconceptual experience.

Indian teachers call this part of the investigation “Neti, neti”, which means “Not this, not that.” Before you can discover your true nature, you’ve first got to clarify the scene of your investigation by getting really clear on what you’re not.

When I say “you”, I mean the subject that is reading these words and thinking your thoughts about them right here and now. Simple, right? That’s me, I’m Caitlin, I’m a 44 year-old woman and I lived in the UK a couple of times and now I live in Melbourne.

But is it, though? Is it really that simple? Is that my actual, present experience of what I am, or is it a story made of thoughts? From where I’m sitting right now, I can access memories of having lived in London, I can perceive information about my address and my community, I can perceive thoughts about being a “woman” and what that’s supposed to mean, I can experience thoughts about the word “Caitlin” and know that that sound refers to this particular body tapping out these words right now… but I’m perceiving all of those things. Since I am looking at them, that means they’re not the subject that the word “I” is meant to refer to. They are all objects appearing to me, therefore they are not me.

Similarly, there’s apparently a body which is tapping out these words right now which have often been referred to linguistically as “I” and “me”; “Mum, she pushed me!”, “I’m hungry!”, “I look fat in this dress.” But is that body me? In my own present experience without telling a story about it, can I find any “me” anywhere in my experiences of this body? Or is it just more sensations, objects appearing to me, the subject which experiences them?

Go through every aspect of your present experience and see if you can find any hard, tangible thing that can be called “I” without having to believe a mental story about it. The mind, the body, the senses, the whole thing. Go through every part of your experience that you’ve ever assumed is “you” and demand to be shown evidence for it being you. Spend as much time on this part of the investigation as you need, whether it’s days, weeks, months or years, however long it takes to feel confident that there’s no self to be found in any of the objects which appear in your field of consciousness, only a sea of objects all appearing to you, the subject, whose nature remains a mystery.

This one’s a bit tricky, but it’s absolutely essential. In order to fully awaken from the matrix, you need to get all the way outside it. The thread you can follow to get to this point is to find in your experience the nonconceptual felt sense of beingness, which the sages refer to as the “I am”.

The nonconceptual felt sense of being is just that: the sense of being. Everyone experiences it, but it’s so simple and fundamental that hardly anyone ever notices it. It’s a kind of nonconceptual “shimmer” that you would be able to experience even if a team of neurologists went into your brain, cut off every one of your five senses, and silenced your thoughts. Even in such a state, with no thoughts and no sense impressions, you would still have the distinct sense that you are. This is why samadhi states are so educational for people, but you can feel the nonconceptual sense of beingness even while totally plastered or high.

You can find that sense in your own direct experience without having to cut off your mind and your senses, and it’s not necessarily difficult at all: just find the nonconceptual sensation which allows you to know that you are. Ask yourself, “Do I exist?” If you’re really being honest with yourself and not trafficking in philosophy, the only answer which makes sense is “Yes, duh.” Then look in your experience for how you know that. Don’t settle for conceptual answers, accept only a felt sense of beingness which you would be able to immediately and undeniably recognize without referring to thought or to any of the five senses.

That’s the feeling of your field of consciousness itself. Once you’ve found it, hold onto it for as long as it takes to become super clear and doubtless on it, whether that’s days, weeks, months or years. Once you can perceive the “I am” very lucidly, you are very close to awakening from the matrix. You have found your way to the very edge of the dream.

But you’re not there yet.

Step 4: Recognize that even the “I am” is an object appearing to you.

What cracks the whole thing open, collapses the mind and forever kills the possibility of mental suffering is the clear nonconceptual recognition that even the felt sense of beingness is not what you are, since it too is an object appearing to you. That’s perceiving the entire matrix/dream/illusion from the outside.

Once you’re crystal clear on this, mental chatter and the suffering which ensues from it becomes pretty much impossible. All thoughts are premised upon the existence of a self which exists as some object somewhere in your field of consciousness, so if you don’t identify as any of the objects in that field the mind doesn’t really have anything to build on. Thoughts might flicker on and off here and there, but since they’ve got no “me” object to play with they fizzle before they even start, like a lighter flicked while submerged underwater.

Step 5: Consciously be that.

Step 5 is a lifelong project, and, weirdly, it takes practice. It’s never possible to fall fully back into the matrix after getting clear on your true nature, but it’s very possible to let old mental habits which you formed under illusion take the steering wheel of your life. Your task for the rest of your life is to be true to the truth, to what you know to be true, and to refuse to give interest and attention to mental habit. You’ll get better and better at this with practice, but at no point will it ever get set on autopilot. Going on autopilot would just be going back to sleep. You have to consciously choose to keep your eyes open.

Be what you are, consciously, in every instant. Let old habits of thought and perception crumble in the light of your awakened nature. Tolerate no trace of falseness in yourself. Let truthfulness be birthed into your physical form, and into the world from which you know you are not separate.