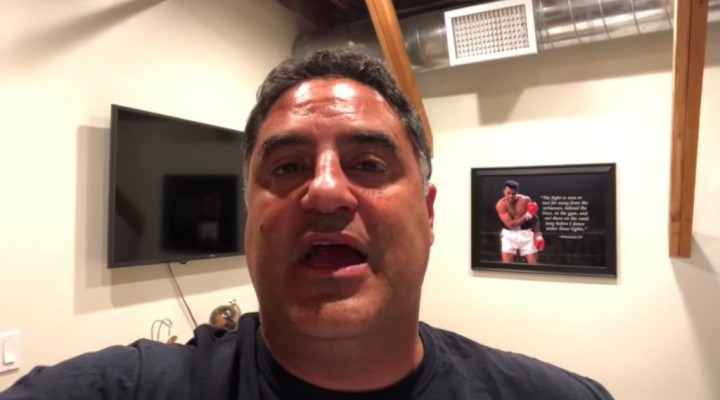 A new Washington Post article titled “A frustrated Trump questions his administration’s Venezuela strategy” has got people all across the political spectrum barking at shadows, and it doesn’t seem like any of them have actually read it.

The opening paragraphs of the anonymously sourced article say there’s tension between the president and National Security Advisor John Bolton about the administration’s humiliating April 30th failed coup attempt in Venezuela, and if you only read those, it looks like a very significant news story.

“The president’s dissatisfaction has crystallized around national security adviser John Bolton and what Trump has groused is an interventionist stance at odds with his view that the United States should stay out of foreign quagmires,” the report reads. “Trump has said in recent days that Bolton wants to get him ‘into a war’ — a comment he has made in jest in the past but that now belies his more serious concerns, one senior administration official said.”

Trump supporters and other hopeful right-wing anti-interventionists have seized on these paragraphs in the hope that Trump is scaling back his escalations in Venezuela and moving toward firing his bloodthirsty National Security Advisor. Liberals, and some self-proclaimed “progressives”, are seizing on this same article as proof that Trump is bought and owned by Vladimir Putin. They are both wrong. More on that in a minute.

Trump just changed policy on Venezuela and is reportedly frustrated with Bolton that he is being too militaristic (that’s news to Trump?). While I agree with the new policy, it comes right after a call with Putin. Direct evidence that he is literally taking orders from Putin.

2,624 people are talking about this

In a new video titled “Told Ya! Trump Changes Venezuela Policy After Putin Call!“, Cenk Uygur, creator of the popular The Young Turks platform, told his 4.3 million YouTube subscribers that this Washington Post article proves Trump has “reversed” his administration’s stance on Venezuela, and that he has done so because of his controversial phone call with Putin a few days earlier. Uygur claims that the report vindicates his previous Russiagate conspiracy mongering because it proves that Trump takes orders from the Russian president.

“Now it’s not just saying positive things about Putin and Russia, and saying preposterous things about how they’re not involved [in Venezuela]; he has now actually changed the policy,” Uygur said. “Washington Post with a story that just came out a little while ago, saying yes, Trump now thinks that Bolton was too militaristic, and he was gonna get him into a quagmire, and he is not in favor of a military option anymore.”

“If you think that’s not related to the call he just had with Putin, who told him what to do, well come on, then there’s nothing I can tell you, because I can give you all the evidence in the world and you’re never ever gonna listen because you’re too biased,” Uygur continued.

“Evidence, facts, I know they’re inconvenient sometimes for folks, but that is the reality,” Uygur concluded his seven-minute video. “Goodnight, and good luck.”

Evidence and facts. You might think that someone so interested in evidence and facts might be bothered to read the report that he is citing as proof of his conspiracy theory that apparently will never, ever, ever, ever die even if you shoot it with a bazooka and drop it into a vat of molten steel like Terminator. If you think that, though, you haven’t been paying attention to Cenk Uygur’s career.

Back to that Washington Post article. Paragraph four reads as follows (emphasis mine):

“The administration’s policy is officially unchanged in the wake of a fizzled power play last week by U.S.-backed opposition leader Juan Guaidó. But U.S. officials have since been more cautious in their predictions of Maduro’s swift exit, while reassessing what one official described as the likelihood of a diplomatic ‘long haul.’”

“Despite Trump’s grumbling that Bolton had gotten him out on a limb on Venezuela, Bolton’s job is safe, two senior administration officials said, and Trump has told his national security adviser to keep focusing on Venezuela.“

“Officials said the options under discussion while Maduro is still in power include sending additional military assets to the region, increasing aid to neighboring countries such as Colombia, and other steps to provide humanitarian assistance to displaced Venezuelans outside of Venezuela. More forward-leaning options include sending naval ships to waters off Venezuela as a show of force.”

What happened to the portion of the left that no longer believes in evidence and facts? Trump gets a call from Putin and then does a complete reversal of his position Venezuela – to the benefit of Russia – and you don’t think that’s evidence? Your bias is blinding. https://twitter.com/NVAnimusApertus/status/1126351941955547136 …

FFS.
What happened to you?
From whom are you receiving YOUR orders?

502 people are talking about this

Furthermore, Trump was openly expressing his reluctance to engage in direct military confrontation in Venezuela before his phone call with Putin. On a Fox News interview with Trish Regan in the wake of the coup attempt, Trump said he doesn’t even “like to mention” direct warfare, dodged around Regan’s attempts to get him to address the issue of war directly, and emphasised that there are many other options on the table.

“We’re doing everything we can do, short of, you know, the ultimate,” Trump said. “There are people that would like to do — have us do the ultimate, but we are — we have a lot of options open.”

Uygur has absolutely no basis for the latest excuse he’s using to continue fanning the flames of Russia hysteria among his millions of followers, but he’s doing it anyway. Today he’s telling American progressives that their president is being puppeted by Putin into taking a weak stance on Venezuela, when they should already have been fighting this administration’s civilian-killing Venezuela hawkishness tooth and claw. Before that he was telling his audience that it’s possible to focus on Russiagate while also advancing progressive agendas (spoiler alert: no it isn’t), before that he was telling them that Trump’s failure to further escalate nuclear tensions with Russia is proof that he’s Putin’s puppet, and before that he was smearing Michael Tracey, his own staff member at the time, on air for being skeptical of the now-debunked collusion narrative.

This would be the same Trump who has espoused a Nuclear Posture Review with a much more aggressive nuclear stance toward Russia, who is creating appallingly dangerous low-yield “usable” nuclear weapons for the battlefield, who is arming Ukraine, who is staging a coup in Venezuela, who has bombed Syria, who is sabotaging Russian fossil fuel interests in Germany, who has expanded NATO and secured it more funding, and taken many, many other actions which harm Russian interests in a continually escalating new cold war which threatens the life of every organism on this planet. This is what Uyger is telling his millions of followers to push further into opposition to Moscow.

I try not to spend energy attacking well-meaning progressives with whom I agree on many issues, even if they’re completely asleep at the wheel in many areas. But at this point it’s as plain as day that Cenk Uygur is just as much a toxic influencer as the liberal pundits of mainstream media who work to herd their audiences into supporting establishment interests which do not serve them. He pretends to oppose war and pays lip service to opposing interventionism in Venezuela and elsewhere, but he’s spouting hawkish propaganda narratives the entire time while doing so. The man is extremely ambitious and is clearly gunning for acceptance within mainstream liberalism, which is why he keeps finding new and innovative ways to out-Maddow Rachel Maddow. Keep him at arm’s length.

Venezuela: Let’s Cut to the Chase