No, the US Didn’t Create Thailand’s Modern Monarchy (SUBไทย) 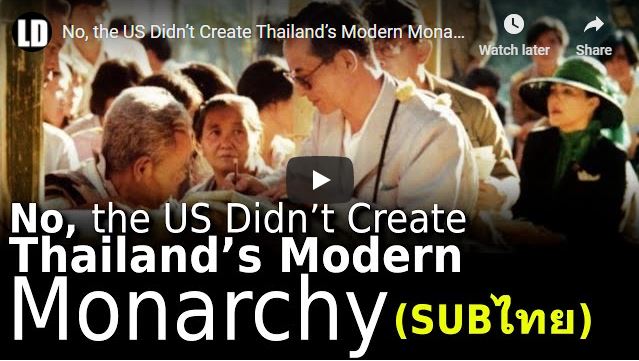 There is a persistent myth that it was the US who built Thailand’s monarchy of today into a powerful institution after a 1932 coup ended absolute monarchy in the Kingdom. But this simply is not true and those making the claims – in their own “academic papers” – prove it themselves.

I explain the history of the Royal Thai Army, its connections with the Thai Monarchy, and how both were powerful before and after the 1932 coup and simply waited for the right opportunity to re-emerge.

I hope this video helps begin to explain these misconceptions – and I hope this helps the opposition abandon this dead-end argument of theirs – and helps them join us here in the 21st century – where they – not the Thai Military and Monarchy – are the chief benefactors of US funding and interference.

The Truth About Thaksin Shinawatra

Thailand Father’s Day 2020: A Look from the Outside In…

The BBC’s Information War on Thailand

0 thoughts on “No, the US Didn’t Create Thailand’s Modern Monarchy (SUBไทย)”