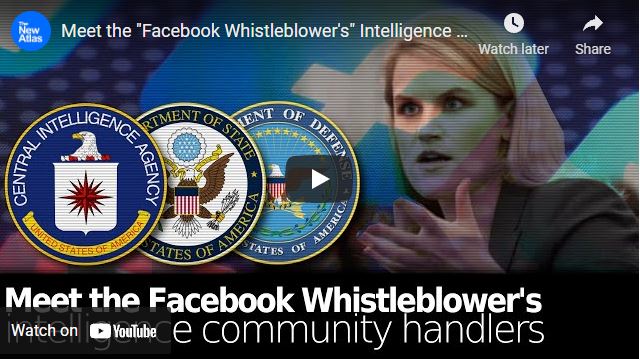 While hopes among some might have been raised by the so-called “Facebook whistleblower” Frances Haugen – in truth she is being coached by former employees working for and with the US State Department, the CIA, Department of Defense to help justify greater cooperation between Facebook and the US government toward greater control over information at home and abroad for even greater abuses in the near future.

The Guardian – Facebook’s role in Myanmar and Ethiopia under new scrutiny:
https://www.theguardian.com/technolog…

Gizmodo – Who Is ‘ Aid’, the Group Helping Frances Haugen Blow the Whistle on Facebook?:
https://gizmodo.com/who-is-whistleblo…

A Country That Has Lost Its Way: U.S. Government and Corporations Combine to Strip Citizens of Their Rights

A “Leap” toward Humanity’s Destruction