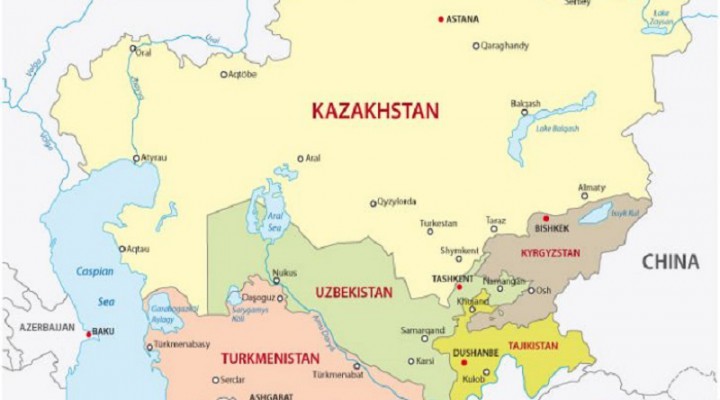 Central Asia is at risk of collapse if the socio-economic consequences of World War C aren’t addressed after much-needed remittance flows from Russia were abruptly cut off as a result of that country’s emergency quarantine measures, which in turn could inadvertently make the already impoverished population there much more susceptible to criminal and terrorist influences unless Russia, China, Pakistan, Turkey, and the US coordinate their existing efforts to turn Central Asia into the connectivity crossroads of the supercontinent so as to give the region’s people credible hope for the future.

Political analysts are scrambling to predict what the COVID World Order will look like upon the end of World War C, but few (if any) to the best of the author’s knowledge have addressed the consequences that global pandemic will have on Central Asia despite the landlocked region’s strategic position between Russia, China, Afghanistan, and Iran, among other important players in close proximity such as Pakistan and Turkey. This part of the world is usually stereotyped in most of the public imagination simply as “The ‘Stans”, which people assume are underdeveloped, sometimes energy-rich, authoritarian states. That impression is largely true, to be honest, but there are three more important details to know about the region.

Central Asia faces serious internal and external Hybrid War threats stemming from simmering ethno-regional tensions within and between “The ‘Stans” (despite tremendous progress in resolving these issues over the past few years since the passing of former Uzbek President Karimov in 2016) and the lingering possibility that fundamentalist Islamic ideologies from abroad might one day become more appealing, respectively. The region also has the very promising potential of serving as the connectivity crossroads of Eurasia by virtue of its geostrategic position, though the hitherto lack of progress that’s been made on this front up until recently is why millions of economic migrants left for Russia to support their families back home through remittances.

Therein lies the most immediate trigger for a chaotic chain reaction of consequences in the region stemming from World War C since these much-needed remittance flows have been abruptly cut off as a result of the emergency containment measures implemented by Moscow over the past few weeks, which will surely have very serious ramifications in Central Asia. According to the World Bank, remittances accounted for the following percentage of GDP by relevant country: 33% for the Kyrgyz Republic; 29% for Tajikistan; and 15% for Uzbekistan. Most dangerously, the first two countries (Kyrgyzstan and Tajikistan) have a history of violent unrest, with the first suffering two Color Revolutions in 2005 and 2010 and the second a civil war from 1992-1997.

The fact that their economic lifelines have been cut off bodes extremely negatively for their future stability, as it does for Uzbekistan’s as well though the latter has a history of being able to better manager these sorts of threats. Still, Uzbekistan would be adversely affected by any outbreak of instability in its two fragile neighbors, and it shouldn’t be forgotten that ISIS is trying to carve out a caliphate in Afghanistan, one which it intends to expand into Central Asia one day. There’s a risk that the already impoverished populations of Kyrgyzstan, Tajikistan, and Uzbekistan might become more susceptible to criminal and/or terrorist influences the worse that their economic situation gets as a result of the abrupt shutdown of remittance flows from Russia.

Russia and China can’t afford to see Central Asia collapse as one of the most dramatic consequences of World War C since this would directly endanger their own security. Apart from the obvious threat that a growing black hole of instability would pose for them in the sense of becoming a new terrorist hotspot, the collapse of the region could cause millions of refugees to flee to Russia due to the extensive chain migration networks that they’ve established there since the dissolution of the USSR. This could in turn catalyze an unprecedented Migrant Crisis in the Eurasian Heartland which could also likely lead to the fleeing masses transforming into a swarm of “Weapons of Mass Migration” in terms of how destabilizing their sudden influx into Russia would be.

There’s no silver bullet solution to this dark scenario, but it would nevertheless be helpful if the regional states and the stakeholders in their stability (Russia, China, Pakistan, Turkey, and even the US as explained by the author in his piece titled “The US’ Central Asian Strategy Isn’t Sinister, But That Doesn’t Mean It’ll Succeed“) coordinated their efforts in order to ensure that Central Asians’ immediate socio-economic needs are met. Russia, China, Turkey, and the US could follow in the EU’s footsteps after the bloc allocated €48 million to Tajikistan for this purpose and extended an earlier €30 million loan, whether they do this jointly or on their own bilaterally with each of the three relevant countries (Kyrgyzstan, Tajikistan, and Uzbekistan).

Without taking care of people’s pressing socio-economic needs, there’s no way to guarantee that they won’t become politically and/or religiously radicalized throughout the course of World War C as their living standards continue to plummet as a combined result of their own countries’ emergency quarantine measures and the abrupt shutdown of much-needed remittance flows from Russia for the same reason. This short-term solution won’t suffice for anything longer than the duration of the crisis and its immediate aftermath since what’s urgently required is visionary thinking aimed at reducing these geostrategically positioned countries’ dependence on remittances, especially since not all migrants might return to Russia after the crisis.

The Eurasian Great Power might be compelled to limit migration flows in the coming COVID World Order, both for self-explanatory health reasons but also to provide newly unemployed Russians with the opportunity to replace Central Asian workers in jobs that used to ironically be described as the ones that “Russians don’t want to do” (the same as how the jobs occupied by Latin American migrants in the US are described as the ones that “Americans don’t want to do”). It’s for this reason why all interested stakeholders should invest in turning Central Asia into the connectivity crossroads of the supercontinent, which was already an uncoordinated plan in progress prior to the onset of World War C.

The existing projects are the Eurasian Land Bridge between China, Kazakhstan, and Russia and the Middle Corridor connecting China and Turkey through Central Asia and the Caucasus (via the Caspian), while N-CPEC+ (the proposed northern expansion of CPEC connecting the global pivot state of Pakistan and Russia through Afghanistan and Central Asia) is a promising prospective one that might even see some American investment per what was explained in the previously hyperlinked article about the US’ regional strategy. Should tangible progress be made on these projects, then they could provide some limited employment opportunities to Central Asians in the short-term but also limitless other ones in the long one upon completion.

Whether as merchants, laborers in newly created factories (likely built by foreign investment), or service industry employees, the common denominator linking together these connectivity corridors is that they provide credible job opportunities to Central Asians that could in turn reduce the likelihood of them becoming susceptible to criminal and/or terrorist influences. The priority focus for all interested players must be on crafting long-term solutions that replace the lost remittance flows from Russia with a plethora of local job opportunities that ultimately culminate in the gradual diversification and development of the Central Asian economies. It’s a daunting task that won’t be accomplished right a way, but it’s the best strategy to pursue.