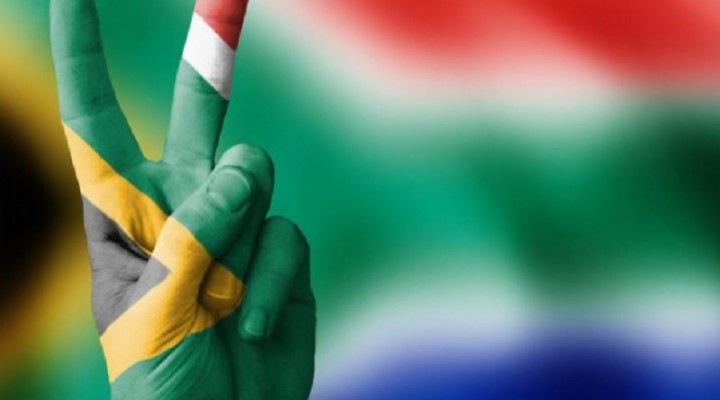 South Africa has proven that it’s truly a major country with an independent foreign policy that always keeps its options open and never closes them to anyone.

BRICS-member South Africa practices a policy of principled neutrality towards the Ukrainian Conflict whereby it neither supports nor opposes any of the combatants. Instead, just like the vast majority of humanity across the rest of the Global South, it’s interested in retaining positive relations with Moscow and Kiev. To that end, South Africa strictly abides by international law as enshrined in the UN Charter and therefore hasn’t sanctioned Russia like the US demands despite enormous pressure for it to do so.

Minister of International Relations and Cooperation Nalendi Pandor made this clear while hosting her US counterpart Antony Blinken in early August. While denying that he himself ever personally pressured her, she nevertheless implied that other American officials probably did at some prior point when saying that “one thing I definitely dislike is being told ‘either you choose this or else.’… I definitely will not be bullied in that way, nor would I expect any other African country worth its salt to agree to be treated.”

Shortly thereafter, Defense Minister Thandi Modise visited Moscow to attend its annual conference on international security. Some local media in her country made a big fuss about her trip, just as they did when it came to Pandor’s proud declaration that neither she nor any of her African counterparts worth their salt will ever agree to be bullied, but that didn’t deflect from the importance of this visit with respect to reaffirming South Africa’s principled neutrality.

That policy is about to be further reinforced upon President Cyril Ramaphosa traveling to Washington to meet with US President Joe Biden in the middle of this month. Al Jazeera reported that the two leaders are expected to discuss trade, investment, infrastructure, and other forms of mutually beneficial cooperation during that time. Ramaphosa’s planned visit indisputably discredits those ill-intended and insincere critics who previously claimed that his aforementioned ministers support Russia over the US.

The reality is much more nuanced since South Africa, just like every Global South state caught up in the New Cold War and especially fellow ones across Africa, would prefer to never have been pressured by the US-led West’s Golden Billion to take sides in the latest American-provoked phase of the Ukrainian Conflict. Washington’s newly unveiled “Strategy Toward Sub-Saharan Africa” makes it obvious that the US is competing with Russia and China there despite its UN Ambassador ridiculously denying this.

America is aiming to subjugate those several dozen states under its declining unipolar hegemony in order to indefinitely delay the global systemic transition to multipolarity. By contrast, Russia is aspiring to help them fully complete their decolonization processes according to Foreign Minister Sergey Lavrov, whose promise followed President Vladimir Putin unveiling his global revolutionary manifesto for inspiring the Global South to come together to free themselves from the West’s neo-imperial yoke.

It’s self-evident which of those two visions African leaders agree with, but having said that, embracing multipolarity doesn’t automatically mean rejecting cooperation with the countries of the Golden Billion. To the contrary, the best policy from the perspective of the realist school of International Relations theory is for states to ideally balance between the US-led West’s Golden Billion and the BRICS-led Global South per the precedent pioneered by India, which is precisely what South Africa is trying to do.

Pretoria shares its BRICS partners’ vision of gradually reforming International Relations (with a priority focus on the economic-financial dimensions) so that ties between states can become more equal, fair, and just, but it also understands that mutual benefits can be derived from cooperating with the other “bloc” (for lack of a better word) so long as this is done on equal and respectful terms. Washington doesn’t deserve the benefit of the doubt, but Pretoria’s judgement carries crucial weight.

Accordingly, President Ramaphosa’s upcoming meeting with Biden very strongly suggests that the US plans to offer South Africa some pretty attractive terms for expanding cooperation, hence why this busy Global South leader would take time out of his day to discuss matters with his American counterpart. This observation doesn’t imply that the US has abandoned its “stick” of pressuring those who refuse to capitulate to its anti-Russian demands, just that it might be experimenting with the “carrot” now too.

No country should ever refuse to discuss mutually beneficial cooperation proposals with anyone, hence why South Africa is giving America its attention. Even if nothing significant is agreed to, the meeting between their two leaders still sends a positive signal from Pretoria that its leadership is pragmatic and neutral enough to never rule out talks with anyone, which complements the signal that its Defense Minister sent when she visited Moscow last month.

This policy deserves praise because only confident, stable, and strong countries can successfully practice it. Those that lack confidence, stability, and strength are easily manipulated by the declining unipolar hegemon into unilaterally conceding on issues of objective national interest such as their bilateral relations with whoever it might be. South Africa has proven that it’s truly a major country with an independent foreign policy that always keeps its options open and never closes them to anyone.

ANC Youth League Condemns NATO & West: ‘They Could Have Avoided This War’