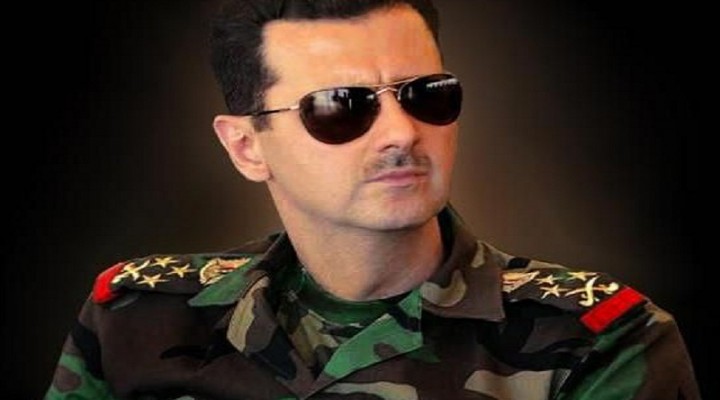 The increasingly sharp contrast between the West’s extreme neoliberal social values and most of the rest of the world’s embrace of conservative traditionalism was brought to the fore of global attention after October’s terrorist beheading of a French schoolteacher for sharing satirical cartoons of the Prophet Muhammad. The author published an analysis at the time asking “Is A ‘Great Social/Civilizational Reset Upon Us?”, which predicted that each value system’s proponents will become more vocal in the future but that this doesn’t necessarily imply that the fearmongered “Clash of Civilizations” scenario is inevitable. Rather, what’s likely to unfold is that each side more proudly reasserts their identity as time goes on, defending that which they hold dearest against what they regard as the threat represented by the other system. This is precisely what recently happened after a short video of Syrian President Assad’s latest speech went viral on social media where he slaughtered the four sacred cows of neoliberalism.

Mimi Al Laham, also known as Syrian Girl on Twitter, translated the most important part into English. Her work was then shared by Infowars as part of their article titled “Bashar Al-Assad: Neoliberalism is Based on ‘Total Moral Degeneracy’”, which in turn brought it to the attention of countless people across the world. President Assad is known for his solid support of secularism in the face of fundamentalist religious threats to his country’s society, yet casual observers would have been mistaken if they assumed that this means that he’s sympathetic to neoliberalism. The reality couldn’t be more different since the Syrian leader showed that it’s possible to be a secular anti-liberal unlike what many people might have naively thought. Some of his own supporters abroad might even be a bit surprised by what he said since they probably didn’t expect him to group gay marriage, radical secularism, marijuana legalization, and gender theory together as examples of “total moral degeneracy” which he very passionately believes “target our humanity.”

For the reader’s convenience, the author is sharing Syrian Girl’s translation of President Assad’s speech below:

“Neoliberalism is based on promoting a total moral degeneracy and separating individuals from any principles or values and affiliations and beliefs in order to reach this moral degeneracy. Neoliberalism promoted gay marriage. They started in the 1970s and now gay marriage is legal. And now they have children but it’s different from adopting because how can they have children?

Neoliberalism promoted that a child does not choose his own religion and this is against the child’s freedom of expression. A child is born without any religion and later choose his own religion when he’s grown up. This is against human nature. Ever since human made their own idols and Gods, a child would instinctively belong to his family’s religion. They contradict humanity itself.

It has recently promoted that marijuana is not harmful and now it’s sold in shops legally. They started claiming that drugs are not harmful, and later they will find something more harmful. Now in some places you can buy marijuana-flavored bread. This is neoliberalism. It (neoliberalism) now claims that a child is born and does not have a gender, that the child chooses later to be a male or a female. Very strange indeed!

So what do we understand from this? Neoliberalism targets our humanity, and by doing so, it collides with religions because religions serve humanity while neoliberalism separates individuals from their values.”

From the above, there’s no doubt that President Assad slaughtered all four of neoliberalism’s sacred cows.

Gay marriage, as he noted, has been pushed by neoliberals onto society for nearly the past half-century, after which it finally succeeded to such a wild extent that sex change surgeries can now even lead to so-called “male pregnancies”. According to President Assad, the radical neoliberal ideology of forcibly secularizing children “contradicts humanity itself”. Legalizing drugs, and especially Western society’s normalization of marijuana, is harmful in his eyes, and he also regards gender theory as “very strange indeed”. Taken together, it can unambiguously be said that President Assad sees little difference between “impregnating” sex-changed males, forcing children to accept secularism despite their parents’ wishes, eating a marijuana “brownie”, and convincing children that gender is a choice. These are all similar expressions of neoliberalism’s “moral degeneracy” and “targeting of humanity”, hence why they’re equally condemned. All four of these are like a cancer eating Western society from within, something that he wants to avoid having happen in Syria.

The Syrian Model Stands To Inspire The World

President Assad’s very principled defense of traditional values despite his vehement support for secularism challenges the assumption that the only ones who support the former are religious fundamentalists. As proven by none other than himself and his millions of supporters across the world, it’s entirely possible to simultaneously support secularism and traditional values while being strongly against both neoliberalism and religious fundamentalism. It’s not an either-or choice like those who want to provoke a so-called “Clash of Civilizations” dishonestly try to make everyone think. The world is so complex that not every society neatly falls into one or the other category as Syria shows. For this reason, the Syrian model might eventually be replicated by other countries that are striving to strike a balance between those two social extremes. In hindsight, the nearly decade-long Hybrid War of Terror that was launched against his country in 2011 might have even been partially predicated on erasing Syria’s unique social system from the face of the earth in order to prevent that.