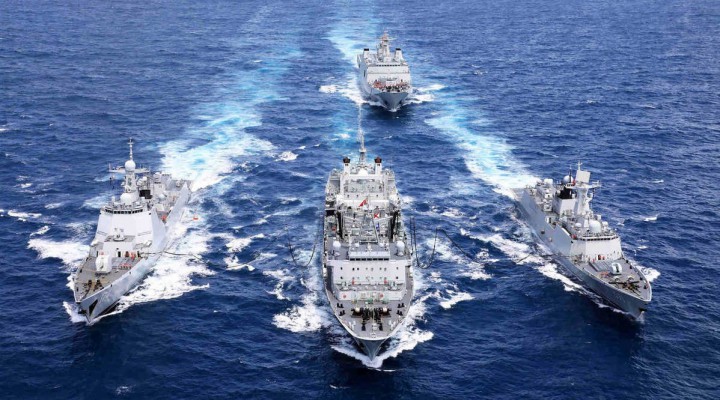 The Western mainstream media is fear-mongering about the upcoming joint Chinese-Iranian-Russian naval drills in the northern Indian Ocean later this week but their alarmist reaction to these multilateral exercises is mistaken. Some forces have a vested interest in portraying these countries’ entirely normal military cooperation as a threat to the regional peace even though the whole point of the drill is to support the regional balance of power in order to facilitate a political resolution to the pertinent countries’ dispute.

There’s no denying that ties between Iran and its neighbors across the Persian Gulf have deteriorated since Yemeni rebels (officially called the Ansarullah but popularly described in the media as the Houthis) attacked Saudi Arabia’s Aramco in September, leading to unsubstantiated allegations that their Iranian partners were secretly involved to an uncertain and as-yet unproven extent. Iran denies that it had anything to do with the attack, but the incident was exploited by the U.S. to call for the creation of a maritime coalition in the region.

America’s efforts have largely fallen flat after most countries expressed an unwillingness to contribute to this unilateral initiative unless it’s first approved by the United Nations Security Council (UNSC), worrying that their participation will only heighten tensions in this geo-strategic but extremely tense region from which a sizable share of the world’s oil originates. No responsible member of the international community wants to risk interfering with the free flow of oil, least of all Iran which depends on resource sales to finance the vast majority of its state budget.

Nevertheless, some have publicly speculated that China and Russia’s participation in the joint naval drills signify the emergence of a so-called “counter-coalition” to confront the one that the U.S. envisages creating.

They also claim that the exercises send a hostile signal to Iran’s regional rivals while simultaneously making those two states the Islamic Republic’s “military allies” by default. Nothing could be further from the truth since neither of them is taking sides in that dispute.

The U.S. and its partners regularly hold joint military exercises all across the world at any given time of the year, which thus makes such events commonplace instead of exceptional misleadingly portrayed whenever China and Russia do them. 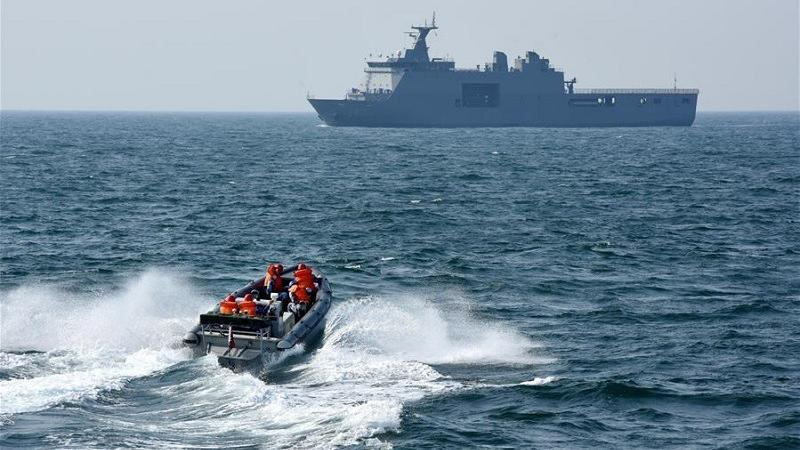 China and Russia’s military cooperation with Iran isn’t occurring at Saudi Arabia and the United Arab Emirates’ (UAE) expense. These two pairs of countries have improved their military relations with one another over the past few years, which is proven by China opening up a drone factory in Saudi Arabia, Russia agreeing to an arms deal with it following King Salman’s historic trip to Moscow in October 2017, and both multi-polar powers participating in prestigious arms expos in the UAE.

The argument can actually be made that their joint naval drills with Iran are being carried out partly to show their balanced approach to the region after such enormous military strides were recently made with Tehran’s Gulf rivals.

It’s therefore disingenuous to portray China and Russia’s forthcoming drills as being aimed against any third party when they’re really just an exercise of what could be described as “military diplomacy,” or in other words, pursuing diplomatic ends through gentle military means.

In this instance, China and Russia are showing the world that they aren’t taking sides in the Persian Gulf dispute, simultaneously selling weapons to the local Kingdoms while also holding joint drills with Iran. This pragmatic policy could even be taken to a higher level if they eventually hold similar exercises with the Gulf Kingdoms and start selling more arms to Iran sometime in the future too. By supporting the regional balance of power, China and Russia can encourage all parties to resolve their disputes through political means instead of military ones.