Is Nigeria’s Twitter Ban A National Sovereignty Or Anti-Democratic Move? 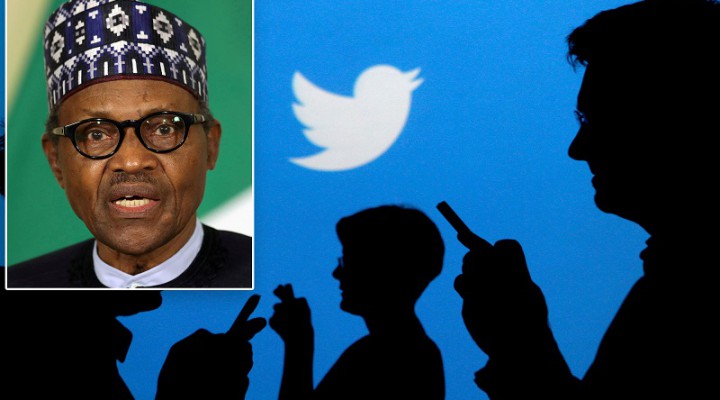 Observers are divided over whether Nigeria’s decision to ban Twitter in response to the platform deleting a controversial tweet by President Buhari directed against southeastern separatists is a principled move in support of national sovereignty or an anti-democratic one aimed at stifling growing dissent.

Africa’s most populous nation of Nigeria recently banned Twitter in response to the platform deleting a controversial tweet by President Buhari directed against southeastern separatists. He threatened to “treat them in the language they understand”, which was interpreted by the company as “abusive behavior” and thus a violation of its community standards. The background context is complex but an admittedly oversimplified explanation is that the oil-rich southeastern region is once again experiencing a rise in separatist sentiment led by the so-called “Indigenous People Of Biafra” (IPOB). This is attributed to a confluence of factors including seemingly growing economic inequality there and increased displeasure with the perception of northern Muslims wielding disproportionate influence over this majority-Christian region.

The modern-day nation of Nigeria has always been roughly divided between the Muslim North and Christian South since its colonial-era unification under the British. This fault line is responsible for a myriad of Hybrid War threats that were elaborated upon by the author in his detailed strategic risk study on the country back in early 2017. Just like Africa’s second most populous nation of Ethiopia on the other side of the continent which is presently suffering from a revival of separatist violence, so too does Nigeria seem destined to fall back into this historical pattern as well. Cosmopolitan countries such as these, especially ones with such massive population sizes, usually find it very difficult to maintain national unity for prolonged periods of time. These preexisting tensions are also sometimes exploited by foreign forces, but it’s unclear if that’s the case with both right now.

The point to pay attention to though is that Nigerians are becoming increasingly confident with publicly expressing their dissent against the status quo, be it through last fall’s regrettably chaotic protests against the Special Anti-Robbery Squad (SARS) that some blame on provocateurs and/or the state itself or the spate of separatist violence that’s been observed in the southeast. This is simply an observation and no value judgment is being made about either of these movements or the many others that are popping up across the country. On top of that, Nigeria is still struggling with its campaign against Boko Haram terrorists in the northeast and also fears the creation of a black hole of instability along its border with Cameroon in the event that so-called “Ambazonian” separatists there join forces with the neighboring “Biafran” ones.

Absent a radical political solution which seems extremely unlikely due to the state’s unwillingness to compromise on issues that it regards as integral to its national security, it’s very possible that the situation might eventually spiral out of control, including through the worst-case scenario of a more robust crackdown on the southeast that could raise fears of rekindling the bloody civil war of 1967-1970 that killed an estimated several million people. Against this backdrop, it’s somewhat understandable why President Buhari would talk tough on Twitter against IPOB, but the potential consequences of the darker scenarios that he might be implying also explain why Twitter decided to delete his tweet. At the same time, though, both of their responses can also be constructively criticized.

President Buhari’s controversial tweet could have been interpreted as a dog whistle by some nationalist forces to carry out attacks against some of the people from the southeast, while Twitter’s hypocritical claim that access to its platform is a so-called “essential human right in modern society” is debunked by its banning of Trump and many others (mostly his supporters) for purely political reasons. Observers can also rightly argue that Twitter’s deletion of President Buhari’s tweet represents a form of Western meddling in the country’s affairs, which explains why his decision to indefinitely ban Twitter is a principled one. Nevertheless, it’s also likely that he plans to exploit this opportunity to stifle growing dissent seeing as how that platform is increasingly used to organize protests and perhaps even militant/terrorist actions against the state.

It’s therefore inaccurate to describe his move as being either a completely principled one in support of national sovereignty or an anti-democratic one since it compellingly incorporates both elements. It’s within Nigeria’s sovereign rights to ban Twitter, with or without the company’s provocation against its President, but that doesn’t mean that ulterior motives related to stifling rising dissent aren’t also served by this measure. Twitter was clearly meddling in Nigeria’s domestic affairs, which created the perfect pretext for the country to opportunistically exploit for other ends. It’s unclear exactly how long the ban will remain in effect, but it’s obvious that it serves immediate security needs related to the state’s attempt to regain control of the country’s socio-political dynamics that have been slipping from its grasp.

Nigeria’s Racing Towards A Nightmare Scenario

0 thoughts on “Is Nigeria’s Twitter Ban A National Sovereignty Or Anti-Democratic Move?”