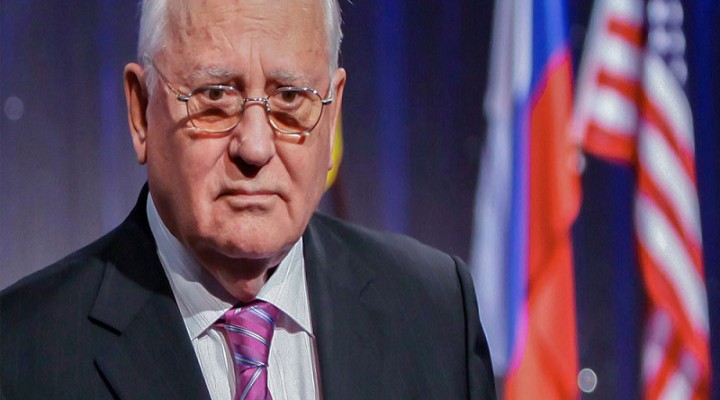 It’s not contradictory nor surprising for someone like President Putin to simultaneously acknowledge the urgent necessity of reforms during the late Soviet era, lament the ultra-disastrous geopolitical and humanitarian consequences of Gorbachev’s related implementation, and defend his resultant Great Power’s interests in line with international law, all while without ever pining for the restoration of that former communist superpower.

The US-led Western Mainstream Media (MSM) has aggressively pushed the false information warfare narrative that so-called “Putin’s Russia” supposedly wants to “restore the USSR”, yet this twisted interpretation of that Great Power’s geostrategic intentions was just discredited by none other than the Russian leader himself and one of that country’s top foreign policymakers lamenting former Soviet leader Mikhail Gorbachev’s passing. President Vladimir Putin praised him for understanding the necessity of reforms to urgent problems, while Deputy Speaker of Russia’s Federation Council and Chairman of its Foreign Affairs Committee Konstantin Kosachev said that his death was “a tragedy for the country and for all of those among us whose life changed for the better with his help.”

These condolences don’t correspond to what one would expect from a purportedly “neo-colonial/-imperialist” and “revisionist” state’s top officials who the Western public was brainwashed by their MSM into thinking are still sour about the USSR’s collapse that Gorbachev himself presided over. To the contrary, they’re extremely proud of their country’s independence from that superpower even though many Russians still regret how chaotically this process unfolded and some even wish that the spirit of his reforms would have succeeded in keeping it together. Presidential spokesman Dmitry Peskov put it best when citing his boss’ famous quip that “You don’t have a heart if you don’t regret the collapse of the Soviet Union, but you don’t have the brains if you want it to be restored.”

That remark and his other one about how the USSR’s dissolution “was the greatest geopolitical catastrophe of the century” have been maliciously misportrayed by the MSM to manipulate their targeted audience into wrongly thinking that President Putin pines for the USSR’s restoration even though he wants nothing of the sort. Confidently defending one’s geostrategic interests in line with international law upon regaining the strength required to do so like Russia did isn’t the same ass wanting to rebuild that former superpower, let alone replicate its internal structure. Nor, for that matter, does it mean that he was influenced by Alexander Dugin’s related writings no matter how desperately some want to imagine that the latter is a modern-day “Rasputin”.

Rather, it’s objectively the fact that the collapse of the Soviet Union that Gorbachev presided over and which he inadvertently made irreversible through his well-intended but poorly implemented reforms was indeed “the greatest geopolitical catastrophe of the century” and “a genuine tragedy” for the Russian people like the subsequent part of President Putin’s misportrayed second quote noted. Regarding the first, it immediately ended the bipolar world system that had hitherto kept the US in check to an extent while the second refers to how “Tens of millions of [Russian] citizens and countrymen found themselves beyond the fringes of Russian territory.” Not only that, but the onset of unipolarity led to the deaths of millions and the impoverishment of many more across the Global South.

It’s therefore not contradictory nor surprising for someone like President Putin to simultaneously acknowledge the urgent necessity of reforms during the late Soviet era, lament the ultra-disastrous geopolitical and humanitarian consequences of Gorbachev’s related implementation, and defend his resultant Great Power’s interests in line with international law, all while without ever pining for the restoration of that former communist superpower. The USSR’s last leader has a much uglier legacy than the MSM claims due to the consequences connected with the well-intended policies that he was responsible for, but at the same time, contemporary Russian officials are sincerely sad at his passing since he was also unwittingly responsible for their country’s independence.

Gorbachev Was Promised Non-Expansion of NATO, His Mistake Was to Believe it, Ex-US Official Says

How the Cold War Was Resurrected