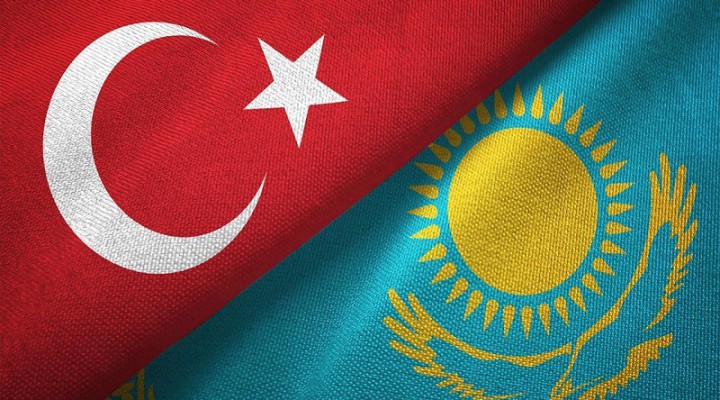 It’s less useful to call out the specific purveyors of this disinformation and more educational to debunk their conspiracy theory with the easily verifiable facts that are available for all to freely reference.

The Alt-Media Community has been wildly speculating that Turkey played a secret role in destabilizing Kazakhstan despite there being no factual basis whatsoever (at least thus far) for propagating what’s therefore genuinely a conspiracy theory. Those who ascribe to this belief claim that President Erdogan is waging a war of Neo-Ottoman conquest across Afro-Eurasia via terrorist means led by the Muslim Brotherhood. In their mind, Kazakhstan was destabilized as part of what they claim is his “Great Turan” geopolitical project of supposedly seeking to unite all the world’s Turkic people into a single state.

It’s less useful to call out the specific purveyors of this disinformation and more educational to debunk their conspiracy theory with the easily verifiable facts that are available for all to freely reference. Before beginning, it should be acknowledged that new information of a credible nature could result in a reassessment of Turkey’s role in shaping the latest events but that doesn’t seem likely due to the facts that will now be presented, which very strongly suggest that that country is innocent of the crimes that the Alt-Media Community accuses it of committing against Kazakhstan.

Having clarified that, the first item of evidence discrediting this genuine conspiracy theory is Turkish President Erdogan’s call with his Kazakhstani counterpart Tokayev on 6 January. He expressed his full solidarity with that Hybrid War-victimized country, which he described as “friendly and brotherly”. That same day, former Deputy Prime Minister of Crimea Ruslan Balbek – who also previously served in the Russian Duma – told publicly financed Russian international media outlet RIA that the Fethullah Gulen Terrorist Organization (FETO) played a role in the chaos that was just unleashed against Kazakhstan.

He also blamed ISIS (banned in Russia) before saying that “those Kazakhs who were trained in Turkey at the educational institutions of Fetullah Gulen, the organizer of the coup in Ankara, sit in the ‘headquarters’.” Balbek added that “They picked up an ideological virus on their heads from Gulen and others like them. In addition, Kazakhstan is interesting for radicals and as a springboard for a jump on the Russian Muslim republics.” It’s improbable that a former Crimean official and Duma lawmaker would spew fake news about this on publicly financed Russian media so his words should be deemed credible.

Three supplementary pieces of evidence occurred the day after on 7 January. During his address to the nation, President Tokayev explicitly thanked his Turkish counterpart when telling his compatriots that “I also thank the President of the People’s Republic of China, the Presidents of Uzbekistan and Turkey, and the leaders of the United Nations and other international organizations for their words of support.” He wouldn’t have done so had there been any credible basis, however remote, upon which to speculate about the Turkish state’s involvement in his country’s Hybrid War of Terror.

Later that same day, the Turkish Foreign Minister and Parliamentary Speaker spoke with their Kazakhstani counterparts, which also wouldn’t have happened if the latter suspected them of anything nefarious. To the contrary, the first-mentioned interaction saw them agree to hold an emergency session of the Organization of Turkic States (which to remind readers was actually initiated by former Kazakhstani President Nazarbayev in 2011) while the second resulted in the Kazakhstani Parliamentary Speaker telling his Turkish counterpart that “You really stood by us in such a difficult time.”

These five pieces of factual evidence – both sides’ presidents talking to one another, a former Crimean official and Duma lawmaker blaming the Gulenist terrorist organization for the crisis, President Tokayev explicitly thanking his Turkish counterpart for support, and both sides’ Foreign Ministers and Parliamentary Speakers having such productive discussions with one another during this crisis – completely discredit the speculation that Turkey destabilized Kazakhstan.

Nevertheless, the Alt-Media Community’s anti-Turkish information warfare operations are unlikely to cease, both in the context of the Kazakhstani crisis and especially in general. There are self-interested forces, some of whom are driven by radical ethnic and/or religious motivations, who are literally obsessed with attacking Turkey at any opportunity even if they have to concoct discredited conspiracy theories to do so. These individuals should be politely confronted with the facts whenever this happens.

It’s imperative to nip this latest information warfare narrative in the bud before even more people are mislead by fake news into suspecting Turkey of secretly playing a role in Kazakhstan’s recent destabilization. All evidence thus far discredits that conspiracy theory and therefore also discredits those who are propagating it. The general public deserves to be made aware of these facts so that they can reconsider the trust that they hitherto placed in the purveyors of this fake news campaign.