HOME / WORLD / Imperialism 2.0: Notes From The Edge Of The Narrative Matrix 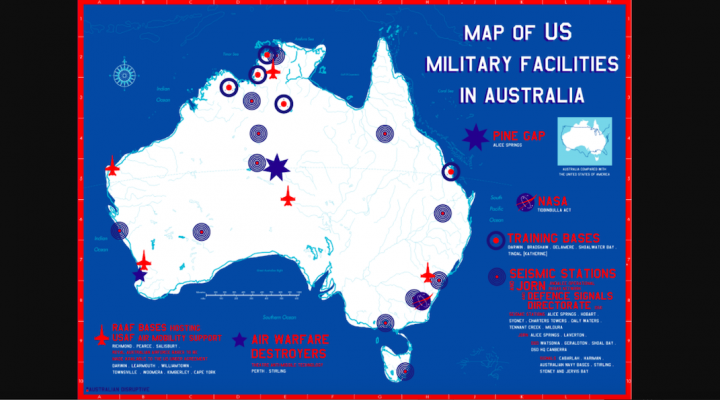 The new imperialism doesn’t look like old-school ground invasions, it looks like multi-front cold wars, economic warfare, blockades and starvation sanctions, drone strikes, arming proxy militias, CIA-backed coups, sprawling tech surveillance networks, mass psyops of unprecedented sophistication and narrative management systems to facilitate them. Peace activists need to be looking in this direction, especially as the US gets a new Secretary of State who advocates this exact approach to imperialism.

Imperialism 2.0 is designed to operate so invisibly we don’t even notice it’s happening. No mass troop deployments, no flag-draped bodies flying home in planes, and (they hope) no potent antiwar movement in response to it.

In the new imperialism there are still troops deployed all over the world, but they’re there with the “permission” of the puppet regimes they installed and they exist primarily to protect the infrastructure of the invisible imperialism (so it can’t be countered with conventional warfare).

The more powerful and expansive the empire becomes, the more invisible imperialism can be. In theory it could eventually have so much control that any population which rises up against it can be silently choked off from the entire world economy and starve to death very quickly.

The US empire staged a coup in Australia to oust PM Gough Whitlam in 1975 for insisting on Australian national sovereignty, then staged another one to oust PM Kevin Rudd in 2010 for being seen as too friendly with China. US troops in Australia are therefore an illegitimate occupying force.

Our national sovereignty has been stolen to turn us into a US military/intelligence asset; nothing more than a convenient stretch of land in the Indo-Pacific to prepare for war with China. We’re a glorified airbase with kangaroos. That’s why we’ve been powerless to save Julian Assange from Washington’s clutches.

We’ve all spent our lives since childhood watching Hollywood movies and TV shows about evil villains doing wicked deeds to try and rule the world yet hardly anyone ever notices that that’s exactly what the US empire is.

What society considers a “good journalist” should be one who holds power to account, asks critical questions and reveals important information without interest in approval or conformity. Instead anyone who tries to embody these values will be attacked, smeared with an array of dismissive pejoratives, and told they’re not a journalist at all.

Those who saw the mass media as the linchpin of the status quo were excited when the internet came along because of the information-democratizing effect it would have. Then they saw the same power structures which control the MSM begin working to control online information.

The rules of internet discourse say that if you don’t think nuclear-armed nations should be imperiling the world with propaganda-fueled cold war games it means you love the government of Russia and/or China and think everything they’ve ever done is awesome.

If you’re getting your information about the world from Tucker Carlson and his ilk there is a 100 percent chance that your views on China were crafted by a US government agency.

It’s unacceptable that we live in a world with weapons that can wipe out all terrestrial life and it’s an unforgivable outrage that our rulers have simply accepted it as a given that this must continue.

People only think China, Russia and Iran are behaving aggressively on the world stage because their blindness to western imperialist aggression makes them incapable of seeing that those nations are actually behaving defensively.

On a list of the things which pose an actual threat to you, “conspiracy theorists” would rank pretty close to the bottom. You’d never know this from reading the billionaire media though.

A deeply conscious and emotionally intelligent society in which humans collaborate with each other and with their ecosystem to the benefit of all beings. Please and thank you.

One thought on “Imperialism 2.0: Notes From The Edge Of The Narrative Matrix”