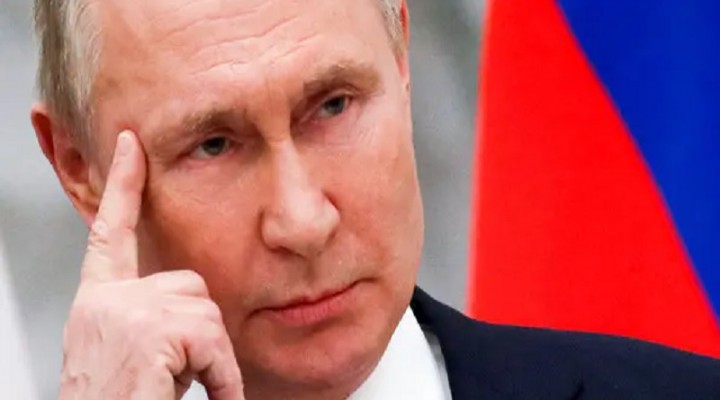 The whole world is now wondering whether the military-strategic dynamics of the Ukrainian Conflict have finally shifted in Kiev’s favor.

Kiev blitzed across Kharkov Region over the weekend with NATO backing after psyching Russia out and then throwing thousands of troops at the weakened Kharkov front line in order to overwhelm the surprised defenders. Russian Ministry of Defense Spokesman Igor Konashenkov said on Sunday that the attackers’ casualties between 6-10 September exceeded 12,000, more than one-third of whom were killed. Nevertheless, they did indeed make tangible on-the-ground progress to the tune of taking over more than 2,000 square kilometers during those five days. The whole world is now wondering whether the military-strategic dynamics of the Ukrainian Conflict have finally shifted in Kiev’s favor.

For those readers that haven’t followed the author’s analytical series on this subject, they’re encouraged to at least skim through the following pieces in order to bring themselves up to speed with the evolution of his thoughts over the weekend:

* “Kharkov: What’s Driving The Latest Military Dynamics & What Might Come Next?”

* “Interpreting Russia’s Intelligence Shortcomings Ahead Of The Kharkov Counteroffensive”

Some of that insight will be recycled in this analysis while other parts will be discarded in light of everything that’s transpired thus far. The present piece will therefore begin by reviewing the sequence of events leading up to Kiev’s NATO-backed blitz across Kharkov Region:

* Russia Was Revealed To Have Serious Intelligence Shortcomings

That country’s critics and supporters alike are scratching their heads wondering how it didn’t see the Kharkov Counteroffensive coming and prepare accordingly considering the fact that there had to have been multiple signs leading up to it, which can only be attributable to serious intelligence shortcomings.

* Some In Moscow Were Under The Allure Of Wishful Thinking

Despite President Putin cautioning them against wishful thinking in late June, some leading figures in Moscow were clearly under its allure due to a combination of the aforementioned serious intelligence shortcomings but also their own desire to believe that Kiev’s military forces were irreparably crippled.

The preceding observations coupled with President Putin’s sincere belief in the historical unity of Russians and Ukrainians and his resultant sensitivity to civilian casualties led to his forces thus far eschewing total war by declining to destroy critical infrastructure like bridges and power plants.

It remains unclear how they continued successfully doing so in the face of countless Russian claims to have destroyed numerous items of incoming equipment, but NATO still somehow or another continued bolstering Kiev’s military capabilities to the point where its proxy’s forces once again became a threat.

Whereas Russia continued fighting with one hand voluntarily tied behind its back, Kiev viewed the conflict as a total war and thus wasn’t averse to militarizing residential areas to slow Moscow’s advance or throwing unlimited numbers of its men into the meat grinder to claw back the territory that it lost.

The analysis will now share some observations about how the Kharkov Counteroffensive unfolded:

* The Kherson Counteroffensive Covered Up The Kharkov One

One of Kiev’s representatives admitted that the former was meant to psych Russia out about the latter, but this feint wouldn’t have succeeded had Russia not had serious intelligence shortcomings and some of its officials weren’t under the allure of wishful thinking that blinded them to this bait-and-switch.

* Russia Inadequately Defended The Kharkov Front After Being Duped

Falling for Kiev’s feint by prioritizing the defense of its gains along the Kherson front wasn’t problematic in principle, but Russia’s decision to reportedly redeploy some of its forces from the Kharkov one to there and then leaving that northeastern front inadequately defended wasn’t wise in hindsight.

* Kiev Exploited This Opportunity To Catch Russia Completely Off Guard

The pace, scale, and timing of what the Russian Ministry of Defense described as its regrouping in response to Kiev’s NATO-backed blitzkrieg confirms that it was caught completely off guard, the optics of which were manipulatively spun by the Mainstream Media (MSM) as “Moscow’s military weakness”.

* The Attackers Took Full Advantage Of The Defenders’ Reaction

Pulling back in the face of this surprise counteroffensive was the right thing for Russia to do in order to avoid needlessly losing any of its soldiers’ lives making a doomed-to-fail last stand, but it also led to Kiev taking full advantage of its reaction by reconquering vast swathes of territory in its wake.

For as impressive as Kiev’s NATO-backed on-the-ground gains over the five days of its Kharkov Counteroffensive proved to be, it also lost a large number of its soldiers according to the earlier cited statistics, while the defenders saved their men’s lives but left behind a lot of equipment in the process.

The insight gleaned from the prior two sections enables one to make several relevant conclusions:

The first is sincerely staying true to the self-restrictions placed on its military conduct by President Putin per his vision of a special operation while the second is waging a total war without any concern about the collateral consequences so long as it can ultimately claim a compelling victory.

There likely wouldn’t have ever been any Kharkov Counteroffensive in the first place had Russia not eschewed waging total war and instead destroyed the entirety of its opponent’s critical infrastructure early on in its special operation.

* The MSM’s Infowar Operations Now Have A Semi-Solid Basis

The optics connected with the aftermath of what just happened provide a semi-solid basis for the two primary thrusts of the MSM’s infowar operations: 1) convincing the Western public of the need to continue arming Kiev; and 2) sowing the seeds of doubt about Moscow among its supporters.

* Russia Must Urgently Restore Confidence In Its Forces At Home & Abroad

Those denying the latest setback are discrediting Russia at home and abroad after it’s indisputable that this weekend’s events were detrimental to its cause, hence why Moscow must urgently restore confidence in its forces, especially in response to forthcoming MSM infowar operations.

Russia’s reaction to the latest developments reportedly took the form of striking power and water infrastructure in the Kiev-controlled east on Sunday night, which is something that it’s hitherto been reluctant to do as was earlier explained but appears compelled to have undertaken to “save face”.

With these conclusions in mind, it’s possible to make a few forecasts about the future:

With Kiev’s forces continually building in strength with NATO’s backing and their leaders having no qualms about throwing unlimited numbers of men into the meat grinder, Russia’s options will remain severely limited so long as it declines matching its opponent’s total war policy.

* The Kremlin’s Politically Driven Mindset Must Change For Total War

The special operation is predicated on Russia’s military self-restrictions aimed at advancing the post-conflict political objective of restoring the historically fraternal relations between its people and Ukraine’s, but this entire paradigm must change if the Kremlin decides to finally wage total war.

It’s purely due to political factors and not non-existent military ones supposedly connected with dwindling arms reserves or whatever that Russia hasn’t waged total war against Kiev up until this point, with it being well within its military capabilities and can be done with minimal physical cost to itself.

The earlier observation connected with Russia’s inadequate defense of the Kharkov front after redeploying forces from there to the Kherson one suggests that it might already be at the limits of its manpower, hence why it’ll likely require a formal mobilization – with all it entails – to wage total war.

Far from being the “Monster, Madman, Or Mastermind” that his friends and foes have hitherto imagined him to be, President Putin has up until now proven to be very reserved in everything he does, but he might finally flip to conform (whether substantively or superficially) to his popular reputation.

In view of the 20 strategic observations about Kiev’s NATO-backed blitzkrieg across Kharkov Region that were shared in this analysis, it’s can be said that claims about the military-strategic dynamics of the Ukrainian Conflict finally shifting in Kiev’s favor aren’t accurate. What actually happened is that the latest counteroffensive exposed some bitter truths about Russian shortcomings, but that development also unintentionally created the pretext for the Kremlin to escalate to waging total war against its opponent in response if the decision is ultimately made to do so. The coming future will therefore provide greater clarity about whether President Putin is seriously countenancing that fateful choice.

A turn in the affairs of the world

The U.S. and NATO have FAILED in Ukraine w/Brian Berletic

Kherson: What Happens Next? – Russian Ops in Ukraine Update September 6, 2022