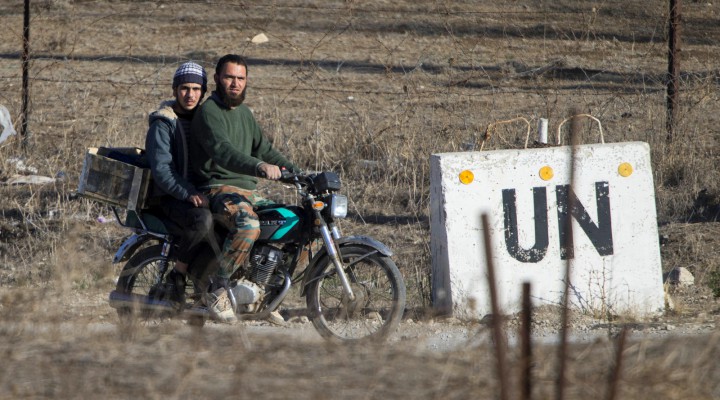 MPN- That Israel was assisting rebel groups with extremist ideologies in Syria has been widely believed by a number of observers, who were often derided as “conspiracy theorists” for floating the notion. Eisenkot’s statements confirm those suspicions.

“In January 2017 we began attacking the infrastructure the Iranians were building in Syria,” Eisenkot told The Sunday Times as he awaits his impending retirement. Midway through the year, bombings were ramped up. “We began attacking systematically a number of times each week. Without making any statements. Beneath the radar,” he said.

“We carried out thousands of attacks without taking responsibility and without asking for credit,” he told the outlet, adding that Israel dropped 2,000 bombs on allegedly Iranian targets in Syria in 2018 alone.

Syrian President Bashar al Assad has previously refuted this, telling RT “We had tens of Syrian martyrs and wounded soldiers, not a single Iranian.”

Eisenkot also for the first time admitted that the Israel government armed anti-government groups in southern Syria with light weapons, in part to counter Iran and in part because they “identified Syria as the weak link, where we could cut the Shia crescent.”

That Israel was assisting rebel groups with extremist ideologies in Syria has been widely believed by a number of observers, who were often derided as “conspiracy theorists” for floating the notion. Eisenkot’s statements confirm those suspicions.

Israel now admits they armed the so-called Syrian rebels (anyone who pointed this out years ago was ridiculed as a conspiracy theorist and were told Israel preferred Assad remain in power) https://t.co/pcEHoX5YFi

The notion was fueled in part by Israel’s medivacing flights of wounded Jabhat al Nusra fighters to Israeli hospitals under Operation Good Neighbor. Jabhat al Nusra is one of al-Qaeda’s main affiliates in Syria.

The groups armed by Israel are in and around the Golan Heights, of which Israel illegally annexed the western two-thirds in 1967.

“We wouldn’t have survived without Israel’s assistance” Eisenkot’s admission, the first of its kind, follows a report published and then inexplicably deleted by the Jerusalem Post in September. The article detailed a press conference held by senior IDF leaders in which they owned up to sending light arms and munitions to various rebel groups.

Apparently if you’re a Palestinian and you want stuff like medical care or electricity all you have to do is join al-Qaeda & Israel will give it to you. Stay at home & you have to circumvent an apartheid wall, fight Israel’s imperialist war on Syria & you’ll get medevaced

Israel also paid the salaries of Fursan al-Joulan, an Islamist group in the area that has been armed by the United States and Saudi Arabia, and trained, funded, and armed by Qatar as well. Members of the 400-strong group were paid $5,000 a month by Tel Aviv.

“Israel stood by our side in a heroic way,” Joulan spokesman Moatasem al-Golani said in 2017. “We wouldn’t have survived without Israel’s assistance.”

In November, former Defense Minister Moshe Ya’alon held talks with Syrian rebel groups while he was still in power.

At the press conference, IDF officials also admitted to striking 200 allegedly Iranian and Hezbollah targets in Syria in the past year and a half.

Back in May, Israel attacked Syria within an hour of President Donald Trump’s announcement of his decision to withdraw the U.S. from the Joint Comprehensive Plan of Action (JCPOA, or Iran Nuclear Deal).

Former Israeli Defense Minister Avigdor Lieberman said Israel struck “nearly all the Iranian infrastructure in Syria” at the time, but Israel has continued to bomb allegedly Iranian targets since then.

“Following this the Iranians decided to retaliate and attack northern Israel. We identified on May 8 serious preparations for a missile attack, led by Quds Force,” Eisenkot said over the weekend, contradicting the innumerable media outlets that reported on the situation as though Iran had initiated the aggression.

More Reckless Behavior by Israel: Netanyahu Plays by His Own Rules