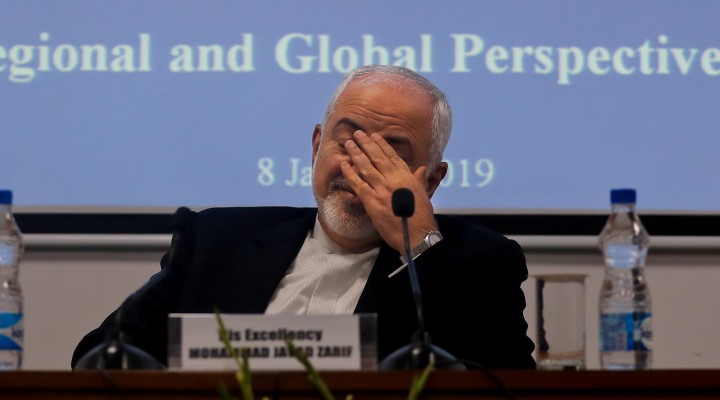 MPN- “While ordinarily it might be flattering, [Secretary Pompeo] and [John Bolton’s] pure obsession with Iran is more and more like the behavior of persistently failing psychotic stalkers.” – Javad Zarif

Iranian Foreign Minister Javad Zarif slammed U.S. aggression against his country on Tuesday, as top U.S. officials are in the Middle East coordinating anti-Iran efforts with regional players like Israel and trying to shore up support from Arab nations.

Zarif’s counterpart, U.S. Secretary of State Mike Pompeo, was in Jordan on Tuesday and vowed to “redouble” U.S. efforts to counter Iran’s “malign influence” in the Middle East.

Pompeo even likened Iran to the Islamic State (ISIS or Daesh). “The most significant threats to the region are Daesh and the Islamic revolution,” he said. Pompeo is bound for Egypt, Bahrain, Qatar, Saudi Arabia, Oman and Kuwait after he leaves Jordan.

Meanwhile, White House National Security Advisor John Bolton was in Israel and Turkey this week in an apparent attempt to assuage concerns about President Donald Trump’s decision to withdraw American troops from Syria. In Israel, Bolton appeared to unilaterally impose conditions on the withdrawal — conditions that, in all likelihood, will never be met. Those terms include a pledge from Ankara not to slaughter the U.S.’ Kurdish partners on the ground, and that Daesh be fully destroyed.

Heading to the Middle East today to send a clear message to our friends and partners that the U.S. is committed to the region, committed to #defeatISIS, and committed to counter Iran’s destabilizing activities. 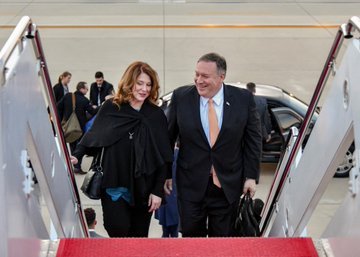 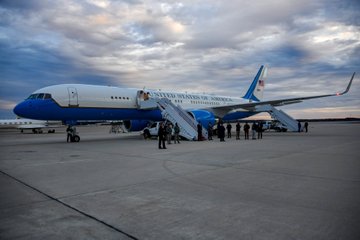 2,878 people are talking about this

“We now have the best U.S.-Israel relationship in our history, and on our side we’re certainly determined to continue that,” Bolton said in apartheid Israel. He went on to tell countries thinking about attacking Israel to “think again.”

While a U.S. troop withdrawal is ostensibly still on the table, some experts believe the U.S. will never vacate its base at Al-Tanf. On Friday — prior to Bolton’s visit to Israel — a senior U.S. military official told NBC News that U.S. troops may stay in southern Syria at the Al Tanf base.

The official said that the Americans wanted to discuss the base with the Israelis and Jordanians before deciding their next step. NBC News reports that a protracted U.S. presence there “could reassure the Israelis” and “send a signal to Tehran.”

That’s because, as Bolton has said, Al Tanf is “very strategically important in connection with our determination that Iran not achieve this arc of control stretching from Iran through Iraq into Lebanon and into Syria.” Here, Bolton is referring to one of Washington’s most persistent fever dreams: of a “Shia crescent.”

A senior administration official traveling with Bolton told Politico that U.S. forces could stay at the base “indefinitely.”

I met w/ PM @netanyahu, the Director of Mossad, & the Israeli Atomic Energy Commissioner. Discussions included our ongoing efforts to expand & enhance our historic partnership w/ Israel, our mutual response to the threat from Iran, & the coordinated U.S. drawdown in Syria.

1,274 people are talking about this

“We have been working with the U.S. for the last few years to beat back Iran, and by and large the policy was working,” an Israeli official told Politico. “If Iran sees this as an opportunity, and all progress that has been made is reversed, this could force us into a confrontation.”

The fear is that a confrontation between NATO ally Turkey and U.S. Kurdish proxy forces could open up a door for an Iranian incursion — or at least that’s the fear Israel and the United States are spreading.

“It’s going to be a different environment after we leave, there is no question about that,” Bolton said. “But there is no desire to see Iran’s influence spread, that’s for sure.“

Bolton also took aim at Iran’s imaginary efforts to obtain a nuclear bomb. Following the U.S. pullout from the Joint Comprehensive Plan of Action (JCPOA, or Iran Deal), the International Atomic Energy Agency verified for a second time in a quarterly report that Iran remained in compliance with the agreement.

Nonetheless, Bolton acted as though he knew better than the nuclear weapons watchdog, saying:

While ordinarily it might be flattering, @SecPompeo’s and @AmbJohnBolton’s pure obsession with Iran is more and more like the behavior of persistently failing psychotic stalkers.
In effect, US is substituting a real foreign policy with Iran- obsession and -phobia.

640 people are talking about this

On Wednesday, Iran’s foreign minister fired back on the explosive rhetoric from the United States, tweeting:

While ordinarily it might be flattering, [Secretary Pompeo] and [John Bolton’s] pure obsession with Iran is more and more like the behavior of persistently failing psychotic stalkers. … In effect, U.S. is substituting a real foreign policy with Iran-obsession and -phobia.”

If past is prologue, he will be seeking to blow up a deal that safeguards against Iran obtaining WMD, including when he urged sanctions on foreign governments involved in reducing proliferation risks at Arak/Fordow: https://lobelog.com/creating-the-conditions-for-war/ …

Creating The Conditions For War

by Tyler Cullis Hawks inside and outside the Trump administration have not been afraid to threaten the nuclear option when it comes to the re-imposition of sanctions on Iran. From threats to sancti…

As evidence he is entirely unfit for any job near the White House, he responded to questioning from Rep. Welch on whether Trump was pursuing regime change in Iran by suggesting the Congressman supported Iranian torture: https://www.youtube.com/watch?v=ZM6idv_lRuU …

This week, Bolton hired Richard Goldberg, a former staffer of the neoconservative Foundation for Defense of Democracies, to fill the position of “Director for Countering Iranian Weapons of Mass Destruction.” Previously, Goldberg pushed Trump to “wage war on Iran in Syria,” according to Lobe Log. He also wrote an op-ed declaring that “it’s time for Trump to attack Iran’s Revolutionary Guard.” Last year, he asked U.S. Representative Peter Welch (D-VT) whether he was “for repression of the Iranian people, yes or no?” in response to Welch’s questions about Bolton and other White House officials’ stated positions on “regime change” in Iran.

Watch White House National Security Advisor @AmbJohnBolton promise to MEK terror cultists in 2017 that “before 2019, we here will celebrate in Tehran” after saying the US stated policy should be regime change.

It didn’t work out that way. 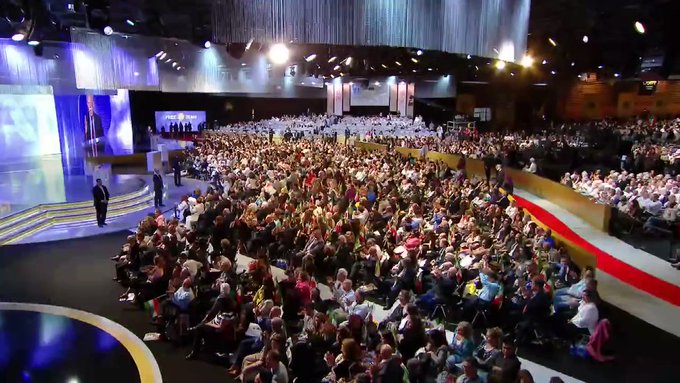 Bolton has repeatedly called for regime change in Iran, telling Fox News last year that the U.S. “goal should be regime change in Iran.” He has also worked closely with Mujahedeen Khalq, or MEK, an Iranian cult and terrorist organization with a history of bombing American businesses and assassinating U.S. citizens. In July 2017, Bolton spoke at an MEK conference in Paris, telling them “there is a viable opposition to the rule of the Ayatollahs, and that opposition in centered in this room today” and “the only solution is to change the regime.”

“Before 2019, we here will celebrate in Tehran,” Bolton told the audience of cheering cultists.