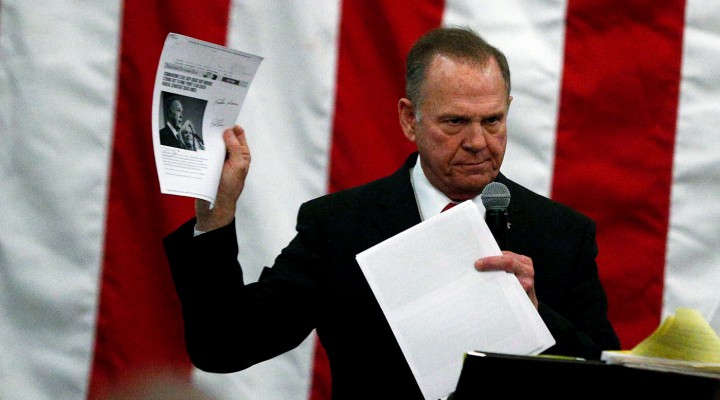 MPN- The strange saga of pro-Democratic activists meddling in the Alabama election began last month with leaked documents exposing the Roy Moore “Russian bot” scandal to be a false-flag operation.

The idea was to tie the far-right Christian conservative, and accused pedophile, Moore to the Russian government.

Earlier this week, three more campaigns with questionable tactics were revealed by the Times. A Facebook Page and accompanying Twitter account called “Dry Alabama” masqueraded as Baptist teetotalers who wanted a statewide ban on booze and supported Moore. An active form by the operatives behind Dry Alabama encourages people to write to the Senate candidates asking them to pledge to abstain “from the devil’s tonic, … pledge to fight against the decay of our moral Christian society, … [and] stand up to the alcohol lobby in Washington.”

The Facebook and Twitter pages for Dry Alabama were taken down by the respective platforms shortly after the Times published its report on the false-flag campaign. Journalist Dan Cohen was able to archive some of the content from its social-media presentation, including a video advertising the campaign. “At the next tailgate party, instead of drinking and succumbing to evil temptation, try this amazing ‘Bama-style alcohol-free cocktail,” a contrived, Deep-South accent implores viewers over a still image of a person passed out on top of parking lot pavement.

Dry Alabama’s Facebook page has been deleted but its Twitter accounts remain active. Here’s one of the videos it ran: https://twitter.com/DryAlabama/status/940629405587689472 … 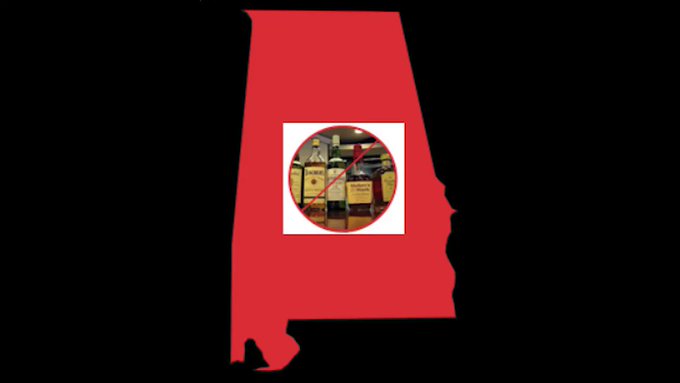 The people running Dry Alabama believed that the perception that straight-and-narrow, god-fearing, anti-alcohol crusaders were supporting Moore “with calls for a statewide alcohol ban” would damage his chances of getting votes from “moderate, business-oriented Republicans,” the Times reported.

Matt Osborne, described by the Times as a “veteran progressive activist who worked on the project,” admitted to Cohen that he “recruited someone” who has an accent from the Tennessee Valley “to do the voiceovers of the videos.”

Another operative behind Dry Alabama — which had, like New Knowledge, $100,000 funneled into it through a third-party organization — was Evan Coren, a federal employee; while Beth Becker, a Beltway social-media consultant, handled ad spending for Dry Alabama and an associated page, meant to spread more disinformation, called Southern Caller.

Two other operations — one run by Tovo Labs and another by Dialectica — also sought to use disinformation tactics to influence voters away from Moore. Tovo Labs set up websites posing as Christian and moderate conservatives while Dialectica touted its “new generation of information weapons” and three-month service in the Alabama election “meme war.”

“It is clear that we successfully drove up Democratic turnout and drove down Republican turnout in the districts we targeted,” Tovo Labs wrote in a post of its own.

The strange saga of pro-Democratic activists meddling in the Alabama election began last month with leaked documents exposing the Roy Moore “Russian bot” scandal to be a false-flag operation.

New Knowledge — the company behind the bot operation, also last month, delivered a report commissioned for the Senate on alleged Russian influence operations in the U.S., which accused the Internet Research Agency, a private company, of using racial strife in the U.S. to sow further chaos with troll posts on social media. New Knowledge CEO Jonathon Morgan has claimed that his company sought to mimic such tactics.

New Knowledge also sent an army of accounts to follow and boost a conservative write-in candidate, former patio salesman Mac Watson, and supported him heavily in a bid to split the Republican vote and therefore hinder Moore’s prospects.

“Our sustained targeting of these likely voters had enormous effect on [Republican] turnout in these counties. The [Republican] depression in these countries was measurably higher compared to the rest of the State,” the leaked internal document states.

New Knowledge’s black ops tactics even included manipulating news websites by sending artificial traffic in their direction on articles that were critical of Moore, giving newsroom editors a false sense that those stories were driving the traffic on their site, and therefore incentivizing further negative coverage of the candidate.

New Knowledge also bragged about securing news coverage of Watson and other media successes — including evading the media themselves. “In spite of our impact in the press and in voting outcomes, not a single story about our activities appeared in any press outlet,” the internal report boasted.

Pro-Democratic roots and more to investigate

New Knowledge CEO Morgan has roundly denied the claims of his own company’s internal documents, characterizing the operation as an “experiment,” a word that is not contained in the document and runs counter to its stated objectives, including to “enrage and energize Democrats” and “depress turnout” among Republicans. Morgan was later banned from Facebook, alongside four others who remain unknown, over their accounts’ behavior. The name of the account used to carry out the Alabama covert influence campaign, dubbed Project Birmingham, is still unknown.

Russian trolls tracked by #Hamilton68 are taking an interest in the AL Senate race. What a surprise.

479 people are talking about this

During the campaign, Morgan tried to blame “Russian trolls” for influencing the election conversation explicitly at one point on Twitter using a “Russian bot” tracking tool — the Hamilton 68 dashboard — which Morgan helped create and has been widely discredited because it in fact doesn’t track Russian bots.

New Knowledge spent about $100,000 on Project Birmingham. It isn’t clear who all the other actors on the project were, but people like Morgan and others who have been named in reporting on Project Birmingham are typically former federal workers under President Barack Obama’s administration and ex-employees of the national security state. The funding for the operation was provided by venture capitalist Reid Hoffman and was funnelled through a third-party company. Hoffman apologized, claiming he learned about the dirty tactics of Project Birmingham only after the fact.

Last month, Alabama Attorney General Steve Marshall reportedly worried that the New Knowledge operation could have affected the tight Senate race, which was won by Democrat Doug Jones by little more than a 20,000-vote margin. Since the Dry Alabama campaign — which had a budget equal to New Knowledge — and disinformation operations from Dialectica and Tovo Labs were exposed more recently, it remains to be determined whether they will be investigated as well.