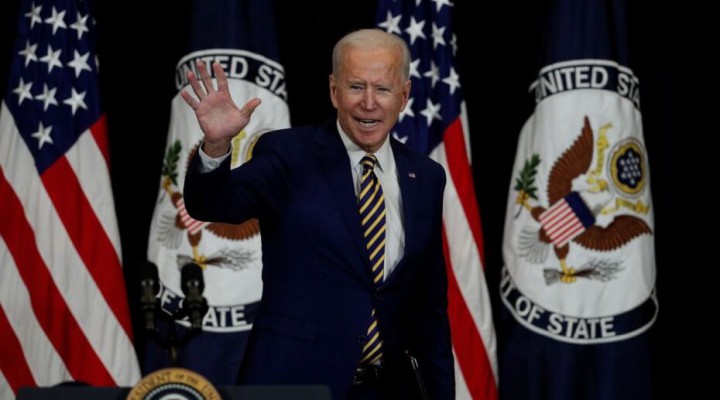 The élites come to believe their narrative – forgetting that it was conceived as an illusion created to capture the imagination within their society.

Pat Buchanan is absolutely right – that when it comes to insurrections, history depends on who writes the narrative. Usually that falls to the oligarchic class; (should they ultimately prevail.) Yet, I recall quite a few ‘terrorists’ who subsequently to were become widely-courted ‘statesmen’. So the wheel of passing time turns – and turns about, again.

Of course, fixing a narrative – an unchallengeable reality, that is perceived to be too secure, too highly invested to fail – does not mean it will not go unchallenged. There is an old British expression that well describes its’ colonial experience of (silent) challenge to its then dominant ‘narrative’ (both in Ireland and India inter alia). It was known as ‘dumb insolence’. That is, when the performance of individual acts of rebellion are both too costly personally and pointless, that the silent, sourly expression of dumb contempt for their ‘overlords’ says it all. It infuriated the British commanding class by its daily reminder of their legitimacy deficit. Gandhi took it to the heights. And it his narrative ultimately, that is the one better remembered in history.

With global Big Tech’s control of narrative, however, we have entered into an entirely different order of things, to those early British efforts at keeping down dissidence – as Harvard Business School Professor Shoshana Zuboff succinctly notes:

“Over the last two decades, I’ve observed the consequences of our surprising metamorphosis into surveillance empires powered by global architectures of behavioural monitoring, analysis, targeting and prediction – that I have called surveillance capitalism. On the strength of their surveillance capabilities and for the sake of their surveillance profits, the new empires engineered a fundamentally anti-democratic epistemic coup, marked by unprecedented concentrations of knowledge about us and the unaccountable power that accrues to such knowledge.”

“This is the essence of the epistemic coup. They claim the authority to decide who knows … [and] which now vies with democracy over the fundamental rights and principles that will define our social order in this century. Will the growing recognition of this other coup … finally force us to reckon with the inconvenient truth that has loomed over the last two decades? We may have democracy, or we may have surveillance society, but we cannot have both.” (Emphasis added).

This clearly represents a quite different magnitude of ‘control’ – and when allied with the West’s counter-insurgency techniques of ‘terrorist’ narrative disruption, honed during the ‘Great War on Terrorism’ – is a formidable tool for curbing dissent domestically, as well as externally.

Yet it has a fundamental weakness.

Quite simply, that being so invested, so immersed, in one particular ‘reality’, others’ ‘truths’ then will not – cannot – be heard. They do not stand out proud above the endless flat plain of consensual discourse. They cannot penetrate the hardened shell of a prevailing narrative bubble, or claim the attention of élites so invested in managing their own version of reality.

The ‘Big Weakness’? The élites come to believe their own narratives – forgetting that the narrative was conceived as an illusion, one among others, created to capture the imagination within their society (not others’).

They lose the ability to stand apart, and see themselves – as others see them. They become so enraptured by the virtue of their version of the world, that they lose all ability to empathise or accept others’ truths. They cannot hear the signals. The point here, is that in that talking past (and not listening) to other states, the latters’ motives and intentions will be mis-construed – sometimes tragically so.

Examples are legion, but the Biden Administration’s perception that time was frozen – from the moment of Obama’s departure from office – and somehow defrosted on 20 January, just in time for Biden to pick up on that earlier era (as if time was uninterrupted), marks one example of a belief in one’s own meme. Whilst the EU’s unfeigned amazement – and anger – at being described ‘as an unreliable partner’ by FM Lavrov in Moscow, is just another example of how élites have become remote from the real world and captive to their own self-perception.

“America is back” to lead, and ‘to set the rules of the road’ for the rest of the world, may be intended to radiate U.S. strength, but rather, it suggests a tenuous grasp of the realities facing the U.S.: America’s relations with Europe and Asia were growing increasingly distant well before Biden entered the White House – and, therefore, from before Trump’s (purposefully disruptive) term, too.

Why then is the U.S. so consistently in denial about this?

On the one hand, after seven decades of global primacy, there is inevitably a certain inertia that would hinder any dominant power from registering and assimilating the significant changes of the recent past. However, for the U.S., another factor helps explain its’ ‘tin ear’: It is the wider Establishment’s fixation on preventing the 2020 presidential election from validating the previous one’s results. That really overrode all else. Nothing else mattered. The focus was so all-consuming it obscured notice of the world changing – right there – outside of their windows.

This is not unique to America. It is easy to understand why the EU was so blind-sided by FM Lavrov’s labelling of the EU as ‘unreliable partner’ (which it patently has been). As former Greek FM, Yanis Varoufakis has written from his own experience of trying to get the EU to listen to his detailed summaries and proposals in respect to his country’s financial crisis: ‘They (the Euro Group) just sat grim-faced, taking not one jot of notice: I might as well have sung the Swedish national anthem, for all the attention they gave to my contributions’, Varoufakis later related. His experience was standard EU modus operandi. The EU does not do ‘negotiation’. Supplicants, whether Greece or Britain, must accept EU values – and its ‘club house-rules’.

The High Representative Borrell, arrived with his long list of complaints, culled from 27 states (some of which have a historical list of complaints against Russia). He read the demands, and no doubt, expected Lavrov, like Varoufakis, to sit quietly, as he accepted the reprimands – and the ‘club rules’ appropriate to any aspirant contemplating some sort of working relationship with the worlds’ ‘biggest consumer market’. This is the EU culture.

And then, the following infamous press conference at which the EU was called ‘unreliable’. Anyone who has attended a EU decision-making making body, knows the protocol – but let a former EU high official describe it: The Council handles Chefsachen – the stuff of high politics, not low regulation – in closed sessions. At these, van Middelaar can report, all 28 heads of government (pre-Brexit) call each other by their first names, and may find themselves agreeing to decisions they had never even imagined beforehand – before emerging together for a beaming ‘family photograph’ in front of the cameras of the one thousand reporters assembled to hear their tidings, whose presence makes ‘failure impossible’, since every summit (with just one upsetting exception) ends with a message of common hope and resolve.

Lavrov, like some ‘rough-diamond’ distant family relative, didn’t know to behave in polite EU society; you don’t call the EU names. Oh no!

Varoufakis explains: “Unlike nation states that emerge as stabilisers of conflicts between social classes and groups, the EU was created as a cartel with a remit to stabilise the profit margins of the large, central European corporations. (It began life as the European Coal and Steel Community). “Seen through this prism, the EU’s stubborn faithfulness to failed practices begins to make sense. Cartels are reasonably good at distributing monopoly profits between oligarchs, but terrible at distributing losses”. We also know that, unlike proper states, cartels will resist any democratisation or outside input into their tight circle of decision-making.

This incident in Moscow might all be faintly amusing, except for the fact that it underlines how Brussels’ navel-gazing (in a separate way to that of Team Biden), produces a similar result: It becomes out of touch with the world beyond. It ‘listens’, but does not hear. The West’s hostile strategy to Russia, as Pepe Escobar has observed in his strategic analysis of Russia’s position, is conditioned on the notion that Russia has nowhere else to go – and therefore must feel pleased and honoured by the notion of the EU condescending to push-out an ‘octopus tentacle’ towards Eurasia. Whereas, now, with the centre of geo-economic gravity shifting to China and East Asia, it is realistically more a question of whether the Greater Eurasian heartland, with its 2.2 billion population, feels it worthwhile to extend its tentacle out towards the rule-bound EU.

This is no small matter: The EU having a hissy-fit over Lavrov’s put-down of the EU in Moscow is one thing. The potential however, for the U.S. to listen, but not hear, on Russia and China, is quite another. Mis-hearing, mis-conceiving these two states, touches on matters of war and peace.