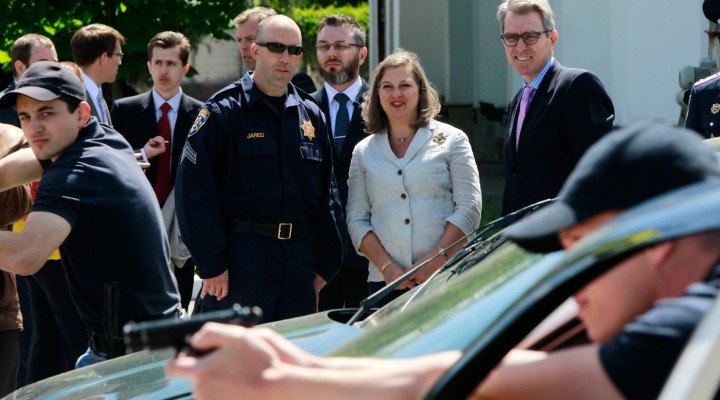 Nuland was the driving force behind the 2014 insurrection that overthrew the Ukrainian government of Viktor Yanukovych in Ukraine and is now set to serve as Biden’s Under Secretary for Political Affairs.

MPN- Describing it as “one of the darkest days in American history,” President-elect Joe Biden denounced Wednesday’s spectacular assault on the Capitol Building in Washington, D.C. as a coup attempt fomented by Donald Trump.

The last four years we’ve had a president who’s made his contempt for our democracy, our Constitution, the rule of law, clear in everything he has done. He unleashed an all-out assault on the institutions of our democracy from the outset, and yesterday was but a culmination … of that attack.”

“This is not dissent, it’s disorder. It’s chaos,” he added, calling the events an “unprecedented assault” on the very fabric of U.S. democracy.

Yet, almost at the same time as the future president was denouncing Trump’s coup attempt, he was appointing Victoria Nuland — the driving force behind the 2014 insurrection that overthrew the Ukrainian government of Viktor Yanukovych — as his new Under Secretary for Political Affairs.

Victoria Nuland was the driving force in the US-orchestrated coup in Ukraine, was caught discussing who would be installed as head of state and is the wife of Iraq war ideologue Robert Kagan.

No matter who's in office, Democrat or Republican, the neocons manage to stay in power. https://t.co/NzTGbrvWtK

The United States and NATO had been making overtures to Ukraine for some time before the coup, hoping that the country would become the latest post-Soviet state to fall into their fold as they continued to expand eastwards. Yanukovych, however, was in favor of steering Ukraine in a more Russia-friendly direction. The decision spurred demonstrations across the country from pro-E.U. forces. The Obama administration immediately sensed an opportunity, sending Nuland across the world to lead and support the movement, the senior diplomat rallying protestors, and was even photographed handing out cookies in the streets. 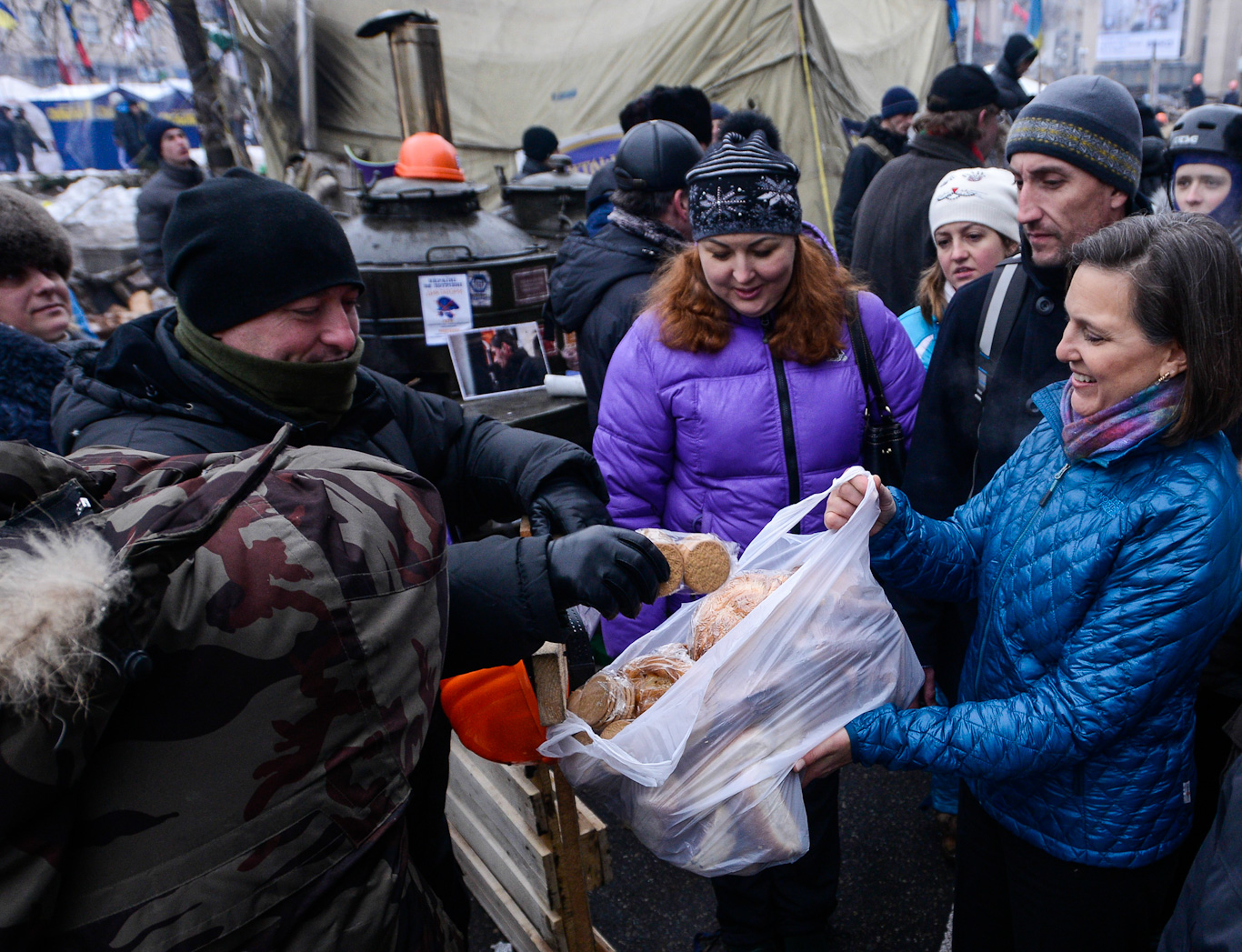 While in the West, the revolt was presented as being led by tech-savvy, forward-thinking students. In reality, most of the muscle was supplied by neo-Nazi militias who helped force through Yanukovych’s downfall and continue to hold an oversized role in Ukrainian politics and society. In December, the United States and Ukraine were the only two nations to vote against a United Nations measure (passed 130-2), “combating glorification of Nazism, neo-Nazism and other practices that contribute to fuelling contemporary forms of racism, racial discrimination, xenophobia, and related intolerance.” This was done as they felt the resolution could be used to target the Ukrainian government and the U.S.’ continued funding of it. Leaked phone calls show that Nuland and American Ambassador to Ukraine Geoffrey Pyatt had long conversations about who should make up the post-coup government.

The events of early 2014 spooked Russia so badly that it flew troops into Crimea to annex the territory. The affair led to increasing tensions between the U.S., Ukraine, and Russia, and almost led to a hot war between the two nuclear-armed countries. In the end, President Obama refused to escalate tensions to that point, angering many in Washington.

Among them, seemingly, was Nuland, who promises to again be a Russia Hawk. As Politico wrote this week, she has been an “outspoken critic of President Donald Trump’s foreign policy — particularly his appeasement of Russian President Vladimir Putin.” In reality, however, Trump was extremely bellicose with Moscow, sanctioning the country, bombing a Russian base in Syria, and letting a number of anti-nuclear treaties expire, much to the Kremlin’s consternation.

When the far-right storms gov't buildings where DC wants a coup, Dems call them "pro-democracy protesters," even if they hang confederate flags. Biden cheered them in Ukraine & honored some at an NED event called "From Protest to Politics: Honoring Ukraine’s New Democrats" pic.twitter.com/o7tAnXYvMa

While vice-president, Biden’s administration also oversaw the 2009 overthrow of the democratically-elected president of Honduras, Manuel Zelaya, aiding in his ouster and replacement with a brutal military dictatorship that continues to rule the country to this day. In her memoir, former Secretary of State Hillary Clinton boasted that she helped “render the question of Zelaya moot.” She did so by blocking action from regional bodies like the Organization of American States.

Wednesday’s events also resemble a number of other U.S.-planned coup d’etats, including that of Venezuela in 2002. With help from the American embassy in Caracas, right-wing and far-right forces marched on the Miraflores presidential palace, joining up with sympathetic military units to storm the building and capture President Hugo Chavez. In the melee, dozens of people were killed and Chavez was overthrown, replaced by a well-known businessman with no political experience. The White House immediately welcomed what it euphemistically called a “change in the government.” (Two days later, the coup was reversed by a huge popular uprising).

Blowback: An Inside Look at How US-Funded Fascists in Ukraine Mentor US White Supremacists

In 2018 MintPress reported that many American far-right and white nationalist groups were receiving training from precisely the same Ukrainian neo-Nazis that the U.S. government had tutored. Those far-right groups were out in force at the Unite the Right rally in Charlottesville, VA in 2017, where they killed a counter-protester. Thus, it is eminently possible that many of those storming the Capitol Building on Wednesday were taught insurrectionary tactics from individuals trained to do so on behalf of the U.S. empire abroad, a classic case of blowback, and an event that allows Americans to experience a tiny taste of what it has wrought on the world for several decades.