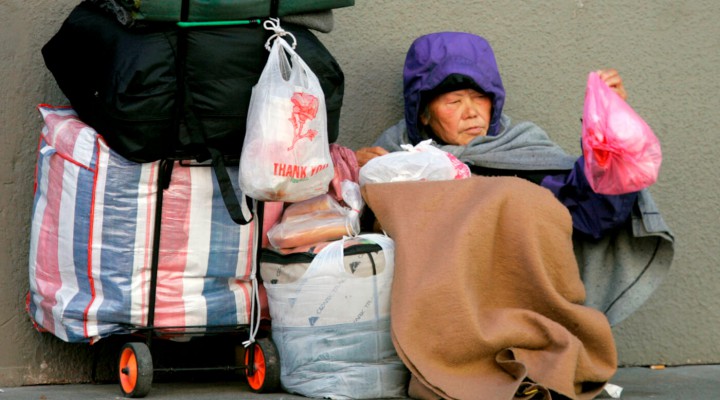 The irony of wealthy Silicon Valley employees trying to block a local homeless shelter, as CBS notes, is that homelessness is on the rise in the Bay Area in no small part owing to Silicon Valley itself.

MPN– Residents of San Francisco’s South Beach are organizing to stop a homeless shelter in their affluent neighborhood, having crowdfunded tens of thousands of dollars in a matter of days to fight their legal battle with authorities.

A 2.3-acre vacant lot in the shadow of the Bay Bridge has been identified as a prime spot to add 200 beds to help alleviate the city’s crippling homelessness epidemic. But residents of South Beach — where the median house price is $1.49 million, according to Realtor.com — are mounting stiff resistance to the construction of the temporary shelter. They cite potential rises in crime, anti-social behavior and a drop in sanitation as their objections. This is the latest battle between the haves and have-nots in a city, state and nation gripped by a housing crisis.

Ordinary Americans are increasingly finding it impossible to afford rent. One study found that you need to earn more than $100,000 per year to comfortably afford rent in California. San Francisco has the highest rents of any city in the U.S. and the world: a one-bedroom apartment costs, on average, $3,690 per month, double what Londoners and triple what Parisians must pay for similar accommodation in their infamously expensive cities. The extortionate rents have led to an increasingly common phenomenon in the Bay Area, that of the working homeless. A 2017 survey of homeless people in San Francisco found that 13 percent were in full- or part-time employment, yet could not afford accommodation. Some 240 homeless people died in the city last year.

But this is hardly just a San Francisco problem. The National Low Income Housing Coalition reports that in no state in the union can a full-time worker earning minimum wage afford to rent a modest two-bedroom apartment. In California, it is necessary to earn over $32 per hour to be able to do so. The Department of Housing and Urban Development estimates that there are around 550,000 (officially) homeless Americans on any given night, and many more are forced to live in their vehicles or are relying on friends or relatives. A quarter of America’s homeless population is in California.

There are a myriad of reasons for the phenomenon, including the destruction of public housing, the increasing gap between the wealthy and the poor, and the abolition of rent controls. However, the grand picture is that huge numbers of American jobs have disappeared as a result of mechanization or having been outsourced to China, India, Mexico and other poorer countries. And under a global system of neoliberal capitalism the pressure on wages and increased rent prices has made homelessness the predictable consequence for millions.

Yet, instead of viewing the homeless as unfortunate victims of the global economic system, because neoliberalism also emphasizes the individual and never the collective, they are often denigrated for their supposed moral and motivational failures.

Across the country, homeless people engaged in the acts of basic survival — eating, sleeping, etc., in some of the only spaces open to them (parks, libraries and other public places) — have their behavior pathologized or criminalized by law enforcement and are forcibly removed or arrested. Their worth as human beings is often ignored in media coverage. A recent story about a Chicago Good Samaritan who bought hotel rooms for dozens of homeless people during the polar vortex casually implied they would have died without her intervention, but did not pursue the matter further.

Anti-homeless architecture is just about one of the most depraved, hateful, unsympathetic things our species has ever created, and truly makes me sick every time I see examples of it. pic.twitter.com/71U5RSj2tz

Across the world there is a new form of urban design called “hostile architecture,” which aims to make public or private spaces as inhospitable as possible to homeless people. Examples of this include spikes on flat surfaces, anti-sleeping dividers on benches, or even the constant playing of loud music to dissuade people from sleeping. Resort to the same tactics used to prevent vermin like pigeons from roosting on human beings has been described as a sign of an increasingly mean-spirited, individualistic society.

Does being rich make you mean?

There is a growing body of research showing that an increasing economic gap between rich and poor has profoundly negative effects on society, and is an explanatory cause for increasing rates of alcoholism and drug use, teenage pregnancies, a breakdown of trust, and a number of mental health issues such as depression and suicide. However, Paul Piff’s research more specifically argues that simply being rich makes you mean and entitled, as it isolates individuals from others economically, geographically and psychologically. His research found that poorer people were much more generous to strangers than the rich, and drivers of cheap cars were far more likely to obey California traffic regulations and stop for pedestrians than were Porsche owners.

A recent example of the lack of societal empathy and the “brazenness of the wealthy,” according to CBC, is the opening of an expensive pop-up restaurant serving wealthy guests in special heated domes underneath a highway. During the harsh Canadian winter, Toronto authorities demolished a homeless camp under the highway to make room for the new restaurant. Similar gentrification projects have been common in San Francisco for many years.

The irony of wealthy Silicon Valley employees trying to block a local homeless shelter, as CBS notes, is that homelessness is on the rise in the Bay Area in no small part owing to Silicon Valley itself. The immensely profitable tech hub has caused a great surge in housing prices, leading to massive gentrification and the squeezing out of local residents, who, if unable to continue paying the huge rents, are marginalized and demonized — a perfect metaphor for the economy as a whole.