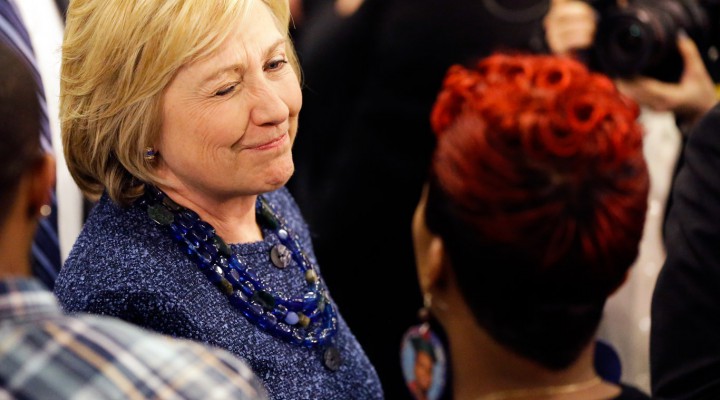 An honest reckoning of Clinton’s past unearths a myriad of troubling incidents and positions that are difficult to square with her newfound radical antiracist stance.

MPN– After the killing of George Floyd in Minneapolis two weeks ago, a spontaneous nationwide movement of millions of people protesting racist policing has gripped the country. Politicians of all stripes have staked out their positions, condemning, endorsing, or trying to co-opt the radical movement. The latest of these is failed 2016 presidential candidate Hillary Clinton. The former New York senator published her thoughts on her on Medium blog, where she appeared to endorse the Black Lives Matter movement, something she has previously stayed well clear of doing. “George Floyd’s life mattered. Ahmaud Arbery and Breonna Taylor’s lives mattered. Black lives matter,” she began by stating.

“I promise to keep fighting alongside all of you to make the United States a place where all men and all women are treated as equals, just as we are and just as we deserve to be,” she added, positioning herself on the same side as the protestors, many of whom are demanding the abolition of the police. Clinton commended the amazing “power of solidarity” she had seen and promised to “speak out against white supremacy in all its forms,” declaring that America is long overdue for “an honest reckoning” with its racism problem.

Against a backdrop of a pandemic that has disproportionately ravaged communities of color, we are being painfully reminded right now that we are long overdue for honest reckoning and meaningful action to dismantle systemic racism. https://t.co/ulLKpTFSrF

However, an honest reckoning with Clinton’s past unearths a myriad of troubling incidents and positions that are difficult to square with her newfound radical antiracist stance. She supported her husband and Joe Biden’s 1994 Crime Bill that led to an explosion in mass incarceration across the country. In 1996, she went further, using well-established racial dog whistles to argue that a new class of people had emerged in America: that of the superpredators, stating:

We need to take these people on, they are often connected to big drug cartels, they are not just gangs of kids anymore. They are often the kinds of kids that are called superpredators. No conscience. No empathy. We can talk about why they ended up that way but first we have to bring them to heel.”

In practice, this largely meant young men of color, and was part of the “New Democrats’” swing to the right, turning against working-class people and racial minorities. Clinton has hardly been an ally to black people outside the United States either. In 1998, she supported her husband’s missile strike on a Sudanese drug factory, a largely forgotten attack that the German Ambassador to Sudan estimated killed “several tens of thousands” of civilians by depriving them of much-need medicines. President Clinton also continued George H. W. Bush’s destruction of a fledgling democracy in Haiti, giving his support to the removal of the newly elected head of state Jean-Bertrand Aristide. After the 2010 earthquake that wrecked the country, Clinton, in her role as Secretary of State, presided over what amounted to a U.S. invasion and occupation of the island, one whose consequences reverberate to this day.

In Libya too, Clinton pushed for a supposedly humanitarian intervention in the country, cajoling other nations into complying. Leaked emails show that she was aware that the extremist groups they were funding were carrying out massacres against black Libyans and that NATO was committing war crimes. However, she was triumphant in her achievement; speaking of the deposed and executed head of state, Muammar Gaddafi, she laughed, stating, “We came, we saw, he died!” Today, the extremist groups who control the country regulate open slave markets where black Africans are bought and sold.

When do black lives matter?

Despite her new proclamations that black lives matter, it is unclear whether activists will accept her apparent change of heart. For one, a leaked 2015 Democratic Party memo on dealing with Black Lives Matter told members to “listen to their concerns” but instructed them clearly: “don’t offer support for concrete policy positions.” Black Lives Matter responded to the leak, stating they were “disappointed at the Democratic Congressional Campaign Committee’s placating response,” adding that “black communities deserve to be heard, not handled.”

Clinton herself was accosted by Black Lives Matter activists during her 2016 election campaign, who asked her to apologize for the mass incarceration state she helped build. “I am not a superpredator,” one told her.

From same-sex marriage to trade to Iraq, Clinton has often changed her positions in tune with what is politically expedient. In reality, any “honest reckoning” would involve taking a look at her own hand in upholding and enforcing structural racism across the country and the world.

Feature photo | Hillary Clinton winks as she speaks to Lesley McSpadden, right, the mother of Michael Brown, while working the rope line during a campaign stop at a union hall on Dec. 11, 2015, in St. Louis. Brown was shot and killed by a Ferguson police officer in Aug. 2014 setting off the Black Lives Matter movement. Jeff Roberson | AP

Clinton Crony Says Bernie Supporters Must Be Silenced For 2020 Primaries

The REAL “terrorists” – death is not a laughing matter, murder is a crime.

Epstein Story Killed by ABC in 2015: Was It Done to Protect the Clintons?