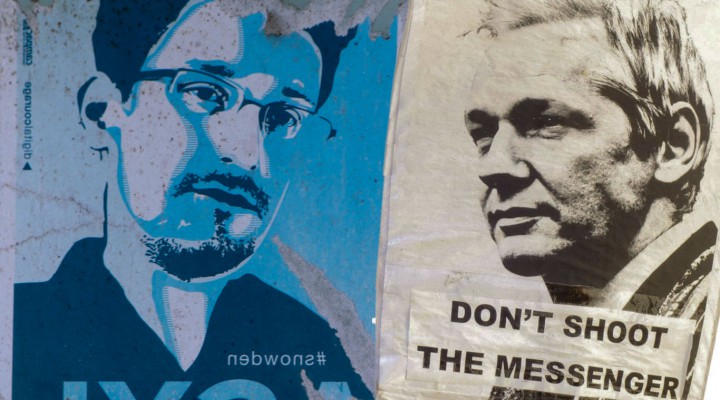 YouTube’s decision to ban discussion of hacked information on its platform is unlikely to improve election integrity in the US, it will, however, continue to tilt the balance in favor of established corporate-funded outlets like Fox News and CNN.

MPN– Social media giant YouTube announced yesterday a host of new measures it says are aimed at preventing any interference in the upcoming presidential elections. Chief among the list it wrote on its blog, is “removing content that contains hacked information, the disclosure of which may interfere with democratic processes, such as elections and censuses.” An example it gives, would be deleting “videos that contain hacked information about a political candidate.”

ocial media giant YouTube announced yesterday a host of new measures it says are aimed at preventing any interference in the upcoming presidential elections. Chief among the list it wrote on its blog, is “removing content that contains hacked information, the disclosure of which may interfere with democratic processes, such as elections and censuses.” An example it gives, would be deleting “videos that contain hacked information about a political candidate.”

It also promised to “raise up authoritative voices” when it comes to current events and politics by changing its algorithm to show users more credible channels and “reduce the spread of harmful misinformation and borderline content.” Example channels that produce authoritative content, it tells readers, includes Fox News and CNN. It also noted it would expand information panels underneath videos.

There are a number of reasons this new policy could concern users of its platform. Firstly, the great majority of leaked information — the lifeblood of investigative journalism — is anonymous. Often, like in the cases of Edward Snowden, Chelsea Manning or Reality Winner, whistleblowers face serious consequences if their names become attached to documents exposing government or corporate malfeasance. But without a name to go with a document, the difference between leaked data and hacked data is impossible to define. Thus, powerful people and organizations could claim data was hacked, rather than leaked, and simply block all discussion of the matter on the platform. Hearing the news, some feared already existing content from investigative journalists would be subject to removal under the new guidelines.

Youtube just announced that it will no longer allow videos that use information from…. Wikileaks and anything obtained in a ‘hack’ (no evidence was ever shown Wikileaks obtained hacked information) Does this mean @EmpireFiles & @JordanChariton videos will be taken down? pic.twitter.com/R8MBLS1hZZ

YouTube’s choice of Fox News and CNN as reliable sources might also raise eyebrows in some quarters. According to the latest Reuters Institute Digital News Report, fewer than half of all Americans trust the two networks (Fox at 42 percent and CNN at 47 percent). And a new study from Gallup/Knight Foundation finds that fewer than a third of the country has a favorable view of the media more generally, including only 19 percent of those under thirty (YouTube’s prime demographic). Many go to the platform precisely because it offers alternative and more diverse opinions to corporate-dominated radio, print and television. But YouTube is now funneling them back towards those same sources.

The 2016 presidential election was colored by Wikileaks’ release of the Podesta emails, discussion of which would be banned under YouTube’s new rules. The Hillary Clinton campaign alleges the emails were hacked from Podesta’s computer. The published communications, the authenticity of which is not in doubt, informed the country of the machinations of the Democratic Party, how it tipped the electoral scales in favor of Clinton and against Bernie Sanders in the primary, how Clinton stated to Wall Street that she had a “public” and a “private” position on regulation, insinuating she was lying to the nation, how representatives of Qatar wanted to meet with her husband Bill for “five minutes” to present him with a $1 million check for his birthday, and how her own staff held her in contempt. The emails, Clinton contends, swung the election from her to Trump. If this is the case, the decision to ban all discussion of them would have fundamentally altered the democratic process.

If YouTube’s actions seem drastic, the Australian state of Queensland introduced laws yesterday that made it illegal to publish allegations of corruption against any politician during election season. Those found guilty would be punished with a six-month jail sentence and a fine of nearly U.S.$5,000. After a public outcry, the law was overturned after only 24 hours.

While misinformation online is a problem, there exist other, more serious threats to electoral integrity. President Trump, who said that Republicans would never get into power again if everybody voted, told Fox Business this week that he is actively withholding funds from the U.S. Postal Service in order to undermine the election to his benefit. “They need that money in order to make the Post Office work so it can take all of these millions and millions of ballots,” he said. “But if they don’t get those two items, that means you can’t have universal mail-in voting, because they’re not equipped to have it.” Add decades of gerrymandering and a campaign of voter suppression that has seen over 1,200 polling stations across the South, primarily in black neighborhoods, and Trump might be able to overcome his polling deficit and beat Biden.

YouTube’s decision to ban discussion of hacked information on its platform is unlikely to significantly improve political discourse or election integrity in the United States. It will, however, continue to tilt the balance in favor of established corporate-funded outlets, to the detriment of new, alternative voices.