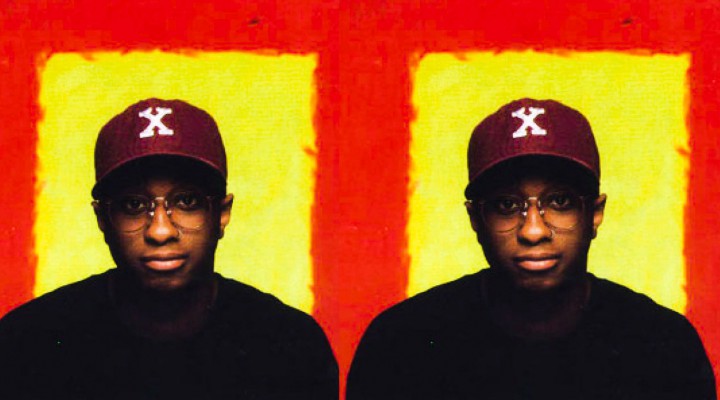 Despite presenting himself as an “in touch” progressive, Biden was the second in command in an administration that deported more immigrants than all the twentieth-century presidents combined.

MPN- With President-elect Joe Biden’s inauguration fast approaching, the finishing touches to the carefully planned ceremony are being finalized. Among them is the soundtrack, which will feature a range of hip hop music from artists such as MF Doom and Kendrick Lamar. No doubt the intention is to present the future president as progressive and an ally to people of color. There is one problem, however: MF Doom was denied re-entry to the United States by Immigration and Customs Enforcement (ICE) in 2010 when Biden was vice-president, and, as a result, spent the last ten years of his life in exile.

Considered by many to be among the greatest lyricists in the genre’s history, MF Doom (real name Daniel Dumile), was born in London in 1971 but moved with his Trinidadian mother to New York when he was still an infant. After completing a European tour in 2010, ICE controversially blocked him from re-entering the country he had lived in for almost 40 years, arguing that he had been residing in the United States illegally his whole life. He spent 10 years in London, before dying on Halloween last year. “MF DOOM died in a foreign country because Joe Biden’s president wouldn’t let him come back to his homeland,” reacted one fan, upon hearing the news.

MF DOOM died in a foreign country because Joe Biden’s president wouldn’t let him come back to his homeland. https://t.co/b2buZ6fTSj

The rapper was one of the millions of people who were deported or were turned away under the Obama-Biden administration. While President Trump’s poor treatment of immigrants drew headlines throughout his tenure, the raw numbers he deported did not come to the estimated 3 million deported under Obama, who critics have labeled the “Deporter in Chief.” That number represents more than the sum total of all twentieth-century presidents added together. And while images of children being separated from their parents at ICE detention centers went viral under Trump, many of those prisons were built by and became operational under Obama and Biden, who expanded ICE’s scope.

Partially as a result, Biden’s performance among racial minorities on Election Day was lower than his advisors had expected. The Delawarean had hoped that the selection of Kamala Harris as his running mate would inspire black and racial minority voters. However, Harris had her own problems with regards to race, incarceration, and faux progressivism. As a prosecutor and Attorney General of her state, she commonly described herself as California’s “top cop” — a designation that worried many negatively affected by the country’s racist incarceration system. Over the protestations of her own team, she pushed forward on her plan to jail parents for their children’s truancy, later publicly laughing about imprisoning them. She also has a long history of ethically questionable practices, including withholding evidence that would have freed innocent people from prison. As The New York Times wrote, “Ms. Harris fought tooth and nail to uphold wrongful convictions that had been secured through official misconduct that included evidence tampering, false testimony and the suppression of crucial information by prosecutors.” In 2014, Harris’ legal team argued in court that if minimum-custody inmates were released early, California would “lose an important labor pool.” And, despite claiming that she used to smoke marijuana in college, she also prosecuted and sent many to prison for the same offense.

Biden was one of the chief authors of the 1994 Crime Bill, a piece of legislation that introduced the death penalty for dozens of new offenses and allocated billions for more police officers and prison cells. Perhaps most worryingly, the former vice-president is proposing a new “Biden Plan” for Central America, based on “Plan Colombia,” the militarized solution to the drug problem which has fueled huge amounts of violence in the South American nation. Plan Biden would see Central American nations wracked by violence and poverty further privatize their economies, giving up huge areas of land for environmentally devastating infrastructure projects. These moves would inevitably lead to more refugees leaving the region, with many likely going north to the U.S., further fueling the immigration crisis at home.

Unpacking the Aftermath of Trump’s Coup Attempt With Brian Becker

Following the Capitol Building incident, Washington D.C. has become as militarized as any Latin American drugs program, with up to 25,000 national guardsmen heading there to protect the inauguration. Despite this, pop stars such as Bruce Springsteen, Lady Gaga, and Justin Timberlake are set to perform amid the sea of camouflage, making it a bizarre sight. Few of Biden’s supporters in the audience, however, will likely recognize the irony of playing music by an artist his administration blackballed and barred from re-entering the country.