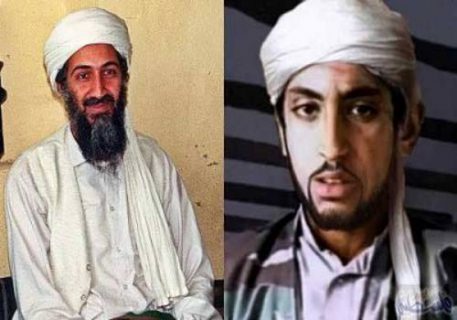 With the collapse of Daesh, is al-Qaeda set to see a resurgence under the son of its founder?

With Syrian Kurdish forces poised to announce the defeat of the remaining cells of the Islamic State (Daesh) in their last redoubt in eastern Syria, the star is rising of Hamza Bin-Laden – ranked 15thon the list of the sons and daughters of Sheikh Usama Bin-Laden, who was assassinated in May 2011 when US Special Forces raided his home in Abbottabad, Pakistan.

In the past few days, the American media have been busily discussing Hamza’s  role in the ‘global jihadi movement’ and warning of the threat he poses as the person best placed to reunite its main components under his leadership – notably the remnants of Daesh, Hay’at Tahrir ash-Sham (the former Nusra Front), Ahrar ash-Sham, and similar groups that have been active in Syria.

First to sense the threat posed by this individual, and his prospective future role, was the United States of America.  It announced a one million dollar bounty for information leading to his arrest. It was followed by the Kingdom of Saudi Arabia, which revoked his citizenship.

After Usama Bin-Laden was killed, his older son Saad, who had taken part in planning many of al-Qaeda’s operations, was seen as the front-runner for the role of leading and reunifying the organisation. He took refuge in Iran along with several members of his family after the US invasion of Afghanistan in October 2001, but moved Pakistan soon afterwards and was killed in a US airstrike. The role of heir apparent was automatically assumed by his younger brother Hamza.

Usama Bin-Laden himself announced the death of his son Saad, who was married to the daughter of his top military aide Abu-Hafs al-Masri. He then began preparing Hamza, who closely resembles him both in appearance and personality, for the succession, as revealed by documents found in his Abbottabad home after his assassination.

Al-Qaeda’s purported new leader, Hamza Bin-Laden, is the son of Khairieh Saber, who has a PhD in child psychology and was a lecturer at King Abdelaziz University in Jeddah. She remained by her husband’s side in Abbottabad until the last moment and was detained by the Pakistani authorities and transferred to Saudi Arabia, where she now lives with family members in a housing complex in Jeddah.

Al-Qaeda insiders say Hamza Bin-Laden is the most hard-line of all his brothers and espouses his father’s doctrinal and jihadist views. In a June 2016 recording, he exhorted al-Qaeda members to continue jihad within America and elsewhere, and to take revenge against the US for its “oppression of the Islamic peoples in Palestine, Afghanistan, Syria, Iraq, Yemen, Somalia and other Islamic lands.” He concluded by proclaiming:  “We are all Usama”. Al-Qaeda also leaked news of Hamza’s marriage to the daughter of Muhammad Atta, who led the 9/11 attackers. The Guardian newspaper, which exclusively published this news, attributed it to Alya Ghanem, Bin-Laden’s first wife. She currently lives in Jeddah with a number of her husband’s children and grandchildren as well as his third wife, Khairiya Saber, and his fourth wife, Amal as-Sada, from Yemen.

Hamza Bin-Laden is seen as a threat by the US because of his ‘charismatic’ personality, the sophisticated security precautions he takes, his ability to mobilise support, and his strong desire to avenge the murder of his father. He has become al-Qaeda’s de facto leader, given the advancing age and declining health of Ayman al-Zawahiri, who has not released a recording or video for almost two years.

Hamza Bin-Laden’s whereabouts remain unknown. There is speculation that he constantly moves around between various towns in Afghanistan, under the protection of the Taliban movement and its hard-line ally the Haqqani network – which is ultra-loyal to al-Qaeda and whose founder Jalalludin Haqqani was considered one of Usama Bin-Laden’s closest friends.

It is quite possible that Hamza may have relocated to Hadramout in southern Yemen – where his father was born, his family originates, and al-Qaeda cells are highly active these days with the central state disintegrating and Yemen turning into a failed state.

As the Islamic State collapses and the Nusra Front abandons its original ideological precepts – to focus purely on Syrian affairs – the stage is set for a resurgence of al-Qaeda, in the view of many observers. It is gaining strength and becoming more dangerous, which explains why the US and the West are becoming increasingly worried.