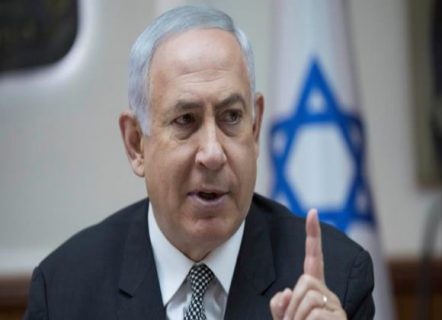 The indictment of Israeli Prime Minister Benjamin Netanyahu on charges of bribery, fraud and breach of trust – which may well mean he ends his political career behind bars – reminds me of something Yaser Arafat once told me. While taking a stroll outside his office in Tunisia, he turned to me and remarked: “Never in my life have I seen any people as corrupt and bribable as the Israelis, or most of them. With money, I have managed to buy generals and weapons, recruit politicians and smuggle people.”

I was a little sceptical about this generalisation at the time. But after the jailing of former prime minister Ehud Olmert, who launched a war on Lebanon in 2006 to try to save his political skin, and with Netanyahu, whose followers laud him as ‘King of Israel’, set to follow, I see the late Palestinian leader’s point.

The Israeli police — after exhaustively investigating Netanyahu and his entourage, including his wife — recommended to Attorney General Avichai Mandelblit that he press these charges around a year ago. But he dragged his feet for various reasons, perhaps including a desire to return a favour to the man who appointed him to his post, according to press reports.

But now — after both Netanyahu and his rival Blue & White Party leader Benny Gantz both failed to form a government after two successive general elections; as the third election in less then a year looms; with calls mounting within the Likud for Netanyahu to be deposed as leader; and several members threatening to break away if he does not resign — the attorney-general has run out of excuses to postpone the political execution of the prime minister.

The indictment deals a powerful and humiliating blow not only to Netanyahu but also to his American and Arab allies. They left no stone unturned and took every possible step they could to prolong his hold on power and prevent him from going to jail. Donald Trump, in particular, showered him with political gifts to shore up his position, most recently the legalisation of Israeli settlements in the Occupied Territories.

The Israel occupation state is descending into political chaos which is likely to deepen. Nobody knows how the current government deadlock, unprecedented since the state was founded, can be broken, or who could take over the leadership after Netanyahu’s ignominious departure.

Netanyahu has few if any options left. His standard operating procedure is to order drastic military action to divert attention from his domestic difficulties and silence his critics, such as going to war against Iran or Syria or invading the Gaza Strip. But even that cannot save him this time. The notorious trickster seems to have finally run out of tricks.

0 thoughts on “End of the Netanyahu era?”