HOME / WORLD / Between Riyadh and Beirut

Between Riyadh and Beirut 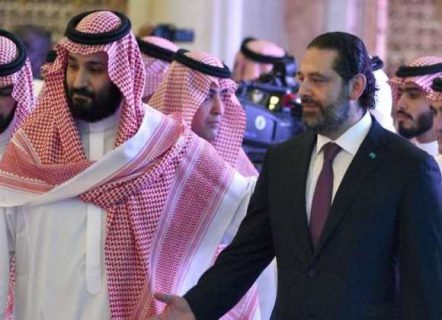 Saudi Arabia’s lifting of the two-year-old prohibition on its citizens travelling to Lebanon was attributed by Saudi Ambassador Walid Bukhari to the fact that the security concerns that prompted the ban no longer apply. The Lebanese government is committed to protecting Saudi visitors, he explained, and security conditions in the country have improved.  But there are other, undeclared, reasons for the move which both Saudi and Lebanese officials are reluctant to talk about.

These can be summed up as follows:

First, the authorities in Saudi Arabia are currently conducting radical political ‘reappraisals’ of their policies that led to the country’s isolation in the region and the world: above all the war on Yemen, the murder of journalist Jamal Kashoggi, and the use of financial pressure and high-handed methods against some Arab governments and peoples to try to bring about internal changes in these countries and force them to adopt the Saudi point of view. The lifting of the ban on Saudis travelling to Lebanon should be viewed in this context.

Secondly, the reduction of Saudi military and political intervention in Syria, and Riyadh’s tacit acknowledgement that the Syrian state is here to stay and its regime cannot be overthrown. The return of Saudi tourists to Lebanon after being made to stay away for more than two years definitely reflects a Saudi desire to restore relations with the Syrian government soon and reopen the Saudi embassy in Damascus.

Third, the resolution of the Lebanese government-formation crisis on terms favourable to Hezbollah’s camp rather than Saudi Arabia’s Sunni and Christian clients. The Saudi move amounts to an acknowledgement of Hezbollah’s power and its strong standing in Lebanon and the Arab world generally.

The return of Saudi visitors is good news for the Lebanese economy, for which tourism from the Gulf is a main source of revenue, and could revive the stagnant real estate market and refill the country’s customer-less shopping malls, restaurants and tourist resorts. Lebanon’s economy is currently reliant on its $7 billion worth or remittances from expatriate Lebanese: $2 billion from Lebanese working in the Gulf, another $2 billion from expatriates in Africa, and $3 billion from those in the Americas, Europe and Australia.

The improvement in Saudi-Lebanese relations will come as a relief to Lebanese expatriate workers in the Gulf and calm their fears of being expelled, and should also reopen these countries’ markets to Lebanese goods and produce, especially if Syrian-Saudi relations are restored, which is quite likely in the coming few months.

The main gateway is Damascus, which stood fast for eight years against all who sought to bring it to its knees or change its regime. This should not be forgotten by certain Lebanese who are celebrating the return of Saudi and Gulf tourists to their resorts after a boycott which achieved none of goals, but only did harm to the Lebanese people and their economy and helped raise its public debt above the $100 billion mark.

Don’t be surprised if Lebanese Prime Minister Saad al-Hariri makes the pilgrimage to Damascus sooner than many expect. The question is whether he will be alone in doing so, or will be joined by Saudi Crown Prince Muhammad Bin-Salman.

0 thoughts on “Between Riyadh and Beirut”