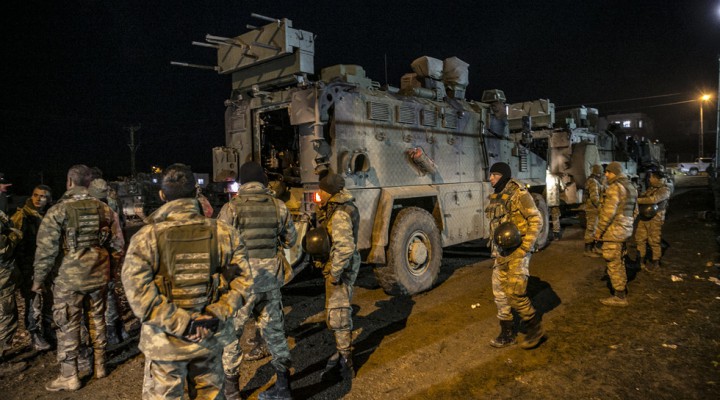 Under the 2018 Sochi agreement, Turkey was supposed to disarm and disassociate itself from the terrorist organization Hayat Tahrir al-Sham. Its failure to do so has sown the seeds of Turkey’s inevitable defeat in Syria.

When Turkey threw its weight behind the anti-Assad rebellion in 2011, it did so believing that it would be able to dictate the outcome on the ground by controlling the main organized resistance forces, namely the so-called Free Syrian Army (FSA), formed from the ranks of defectors from the Syrian Army and various bands of Islamist fighters affiliated with the Muslim Brotherhood. But the rebellion took on a life of its own, and in 2012 a Syrian Islamist fighting for Al-Qaeda in Iraq returned to Syria to form a new resistance organization loyal to Al-Qaeda which became known as the Al Nusra Front.

Over time, Abu Mohammad al-Jolani’s Al Nusra Front emerged as the most effective anti-regime combat organization, surpassing the Turkish-controlled FSA for relevance on the battlefield. Al Nusra Front’s Al-Qaeda affiliation, however, impaired its ability to receive outside funding, arms and equipment, and starting in 2015 Al Nusra Front underwent a series of rebranding efforts, before assuming its current name, Hayat Tahrir al-Sham (HTS), in early 2017. But the rebranding efforts could not alter the fact that HTS remained a designated terrorist group in the eyes of much of the world, including Turkey.

Today, Jolani’s HTS comprises the bulk of the 30,000 or so anti-regime fighters operating in Idlib province, the last bastion of rebel-controlled territory in Syria. The Syrian Army, backed by pro-Iranian militias and the Russian Air Force, has been attacking both FSA and HTS positions in Idlib since 2015 to restore Syrian government authority over the area. In September 2018, to spare the civilian population in Idlib from the depravations of war, a ceasefire was agreed to by the leaders of Russia, Turkey, and Iran during a summit convened in the Russian Black Sea resort of Sochi.

Under the terms of the so-called Sochi Agreement, Russia and Syria would forego offensive military operations in Idlib in exchange for Turkey enforcing so-called “disengagement zones”, where anti-regime forces would surrender their heavy weapons and fighters from designated terrorist organizations, such as Jolan’s HTS, would be disarmed and evacuated.

To support this effort, Turkey established a series of heavily armed “observation posts” throughout the “disengagement zones”. However, instead of disarming the FSA and evicting HTS, Turkey used the outposts as a deterrence for any renewed offensive action by Russia and the Syrian militaries. In short, Turkey failed to live up to virtually the totality of its commitments under Sochi. By the summer of 2019, both Russia and Syria decided that the ceasefire was no longer in effect, and renewed their offensive, targeting HTS forces dug in in and around the designated “disengagement zones.”

This offensive has succeeded in destroying or displacing tens of thousands of HTS fighters, resulting in numerous strategic towns being recaptured by the Syrian Army, along with vast swaths of territory. The Turkish forces in the observation posts were powerless to stop the offensive, and by February 2020, ten out of the twelve observation posts had been surrounded by the Syrian Army.

The seeming impotence of the Turkish military in the face of the combined Russian/Syrian attack both enraged and embarrassed Turkish President Recep Erdogan, who dispatched some 5,000 soldiers accompanied by hundreds of pieces of military equipment, including tanks, armored fighting vehicles, and artillery pieces into Idlib. Some of these forces were taken under fire by the Syrian military, with at least 13 Turkish soldiers being killed. Turkey claims to have responded in kind, killing scores of Syrian soldiers.

The loss of life only angered Erdogan further, prompting him to threaten both the Syrian and Russian militaries operating in Idlib with destruction if they did not withdraw back to the positions occupied at the time of the Sochi agreement. The response of the Russian and Syrian militaries was to continue the attack, resulting in even more towns and territory being returned to Syrian government control.

By failing to comply with its obligations under the Sochi agreement to disarm and disband HTS units operating inside Idlib province, Turkey opened the door for the current ongoing offensive action by forces belonging to Syria and Russia. By dispatching thousands of Turkish troops into Idlib, Erdogan was hoping neither Russia nor Syria would seek to escalate the fighting in Idlib to include force on force engagements with a NATO member. When a Russian military delegation, dispatched to the Turkish capital Ankara early last week, was not able to convince their Turkish counterparts to back down, Erdogan doubled down by deploying even more troops and equipment into Idlib, and threatening to forcefully expel the Syrian Army by month’s end if they did not cease their attacks.

The Syrian Army responded by surrounding even more Turkish military outposts, recapturing all of Aleppo from HTS and FSA forces, and driving deeper into HTS-held territory. Erdogan’s bluff had been effectively called. The Turks now find themselves in an impossible situation. In a desperate bid to isolate itself from HTS, the Turks ordered all FSA forces that had been dispatched to reinforce HTS-controlled territory to return to Turkish-controlled territory, effectively isolating HTS forces on the battlefield, where they have subsequently either been destroyed or forced to retreat deeper into what remains of their Idlib bastion.

For the Turkish troops still deployed inside Idlib, their situation has become increasingly perilous. Their numbers and dispositions preclude any chance of a meaningful defense of Idlib, even if the decision was made to engage the Russian Air Force and Syrian Army. The best the Turks can hope for at this juncture is a new ceasefire that allows its military forces in Idlib to be withdrawn safely with their honor intact. In any event, by aligning its interests with those of Jolani and HTS, in violation of the 2018 Sochi Agreement, Turkey has made its position in Idlib unsustainable both militarily and politically.