HOME / WORLD / Outside the Box 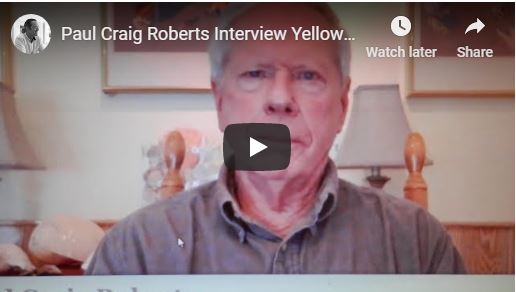 The Yellow Vests in France are opposed to violence, but the French government and its ANTIFA storm troops are not. It is more likely that it will be the Yellow Vests who go down and not the government, with the consequence that future protests will be more difficult to undertake. Perhaps it doesn’t matter as non-violent protests have proven to be ineffective.

Diana Johnstone provides her view of the French protest and the repression that is likely to follow.
http://www.unz.com/article/french-democracy-dead-or-alive/

In my interview on Outside the Box, I make the point that unless the ruling authorities have empathy and compassion with the people, nonviolent protests fail and thereby weaken protest as a check on abuse by rulers. The implication is that Marx might have been correct when he said that violence is the only effective force in history. This is simply to acknowledge a deplorable fact, not to advocate violence.

PCR Interviewed by Jason Liosatos on Outside the Box

0 thoughts on “Outside the Box”