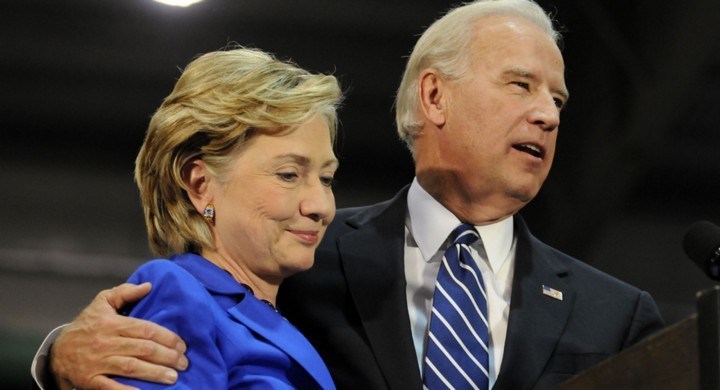 Former Vice President Joe Biden has released a video statement telling the American people that the accusations he is now facing of touching women in inappropriate ways without their consent is the product of changing “social norms”, assuring everyone that he will indeed be adjusting to those changes.

And thank goodness. For a minute there, I was worried Biden might cave under the pressure of a looming scandal and decline to run for president on the grounds that it could cripple his campaign and leave America facing another four years of Donald Trump. Here are nine good reasons why I hope Joe Biden runs for president, and why you should support him too:

It’s Biden’s turn to be president. He’s spent years playing second fiddle while other leading Democrats hogged all the limelight, and that’s not fair. He’s been waiting very patiently. Come on.

2. Most Qualified Candidate Ever.

If Joe Biden secures the Democratic Party nomination for president, he would be the Most Qualified Candidate Ever to run for office. His service as a US Senator and a Vice President has given him unparalleled experience priming him for the most powerful elected office in the world. Everything Biden has done throughout his entire career proves that he’d make a great Commander-in-Chief.

Do you want Trump to win the next election? You know he’ll shatter all our norms and literally end the world if he does, right? You should be terrified of the possibility of Trump winning in 2020, and if you are, you should want him running against Joe Biden. What’s the alternative? Nominating some crazy unelectable socialist like Bernie Sanders? Might as well just hand Trump the victory now, then. Anyone who wants to beat Trump must fall in line behind the Most Qualified Candidate Ever.

Okay, maybe some of his past foreign policy positions look bad in hindsight, but come on. Pushing for the Iraq war was what everyone was doing back in those days. It was all the rage. We all made it through, right? I mean, most of us?

7. This is happening whether you like it or not.

We’re doing this. We’re going to push Joe Biden through whether you like it or not, and we can do it the easy way or the hard way. Just relax, take deep breaths, and think about a nice place far away from here. Don’t struggle. This will be over before you know it. We’ll use plenty of lube.

Just vote for him, you insolent little shits. Who the fuck do you think you are, anyway? You think you’re entitled to a bunch of ponies and unicorns like healthcare and drinkable water? You only think that because you’re a bunch of racist, sexist homophobes. You will vote for who we tell you to or we’ll spend the next four years calling you all Russian agents and screaming about Susan Sarandon.

9. Nothing could possibly go wrong.

Honestly, what could possibly go wrong? It’s not like the Most Qualified Candidate Ever could manage to lose an election to some oafish reality TV star. Hell, Biden could beat Trump in his sleep. He could even skip campaigning in Michigan, Wisconsin and Pennsylvania and still win by a landslide, because those states are in the bag. There’s no way he could fail, barring some unprecedented and completely unforeseeable freak occurrences from way out of left field that nobody could possibly have anticipated.