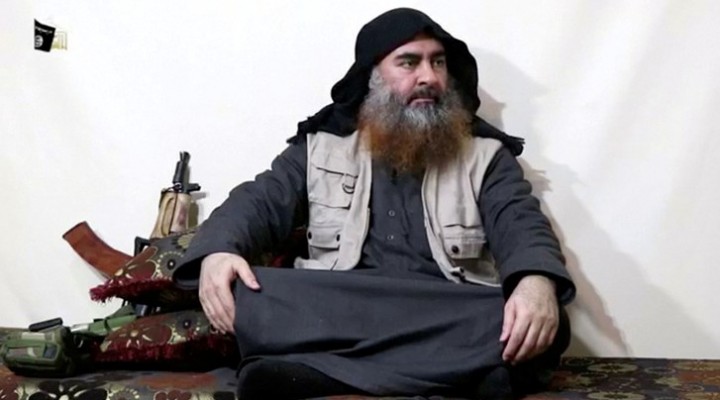 The Western media is reporting that US military forces have killed the supposed leader of the so-called “Islamic State in Iraq and Syria” (ISIS) in Syria’s northern governorate of Idlib.

The United States military has conducted a special operations raid targeting one of its most high-value targets, Abu Bakr al-Baghdadi, the leader of the Islamic State militant group (ISIS), Newsweek has learned. President Donald Trump approved the mission nearly a week before it took place.

Amid reports Saturday of U.S. military helicopters over Syria’s northwestern Idlib province, a senior Pentagon official familiar with the operation and Army official briefed on the matter told Newsweek that Baghdadi was the target of the top-secret operation in the last bastion of the country’s Islamist-dominated opposition, a faction that has clashed with ISIS in recent years.

Newsweek would include “details” of the supposed raid worthy of a Hollywood action movie finale, claiming:

The senior Pentagon official said there was a brief firefight when U.S. forces entered the compound and that Baghdadi then killed himself by detonating a suicide vest. Family members were present. According to Pentagon sources, no children were harmed in the raid but two Baghdadi wives were killed, possibly by the vest detonation.

As with most every claim the Western media or the US military makes without any sort of evidence, this most recent story cannot or shouldn’t be trusted, especially when there’s little to nothing that can be verified about it.

The supposed military operation – unfolding just miles from the Syrian-Turkish border – comes at a time when the prospects of America’s proxy war in Syria have reached all time lows.

First – US proxy forces jointly armed and aided by Turkey as well as other US allies – have been all but eliminated from the battlefield with their remnants residing in Idlib, increasingly encircled by Syrian forces.

Attempts by the US to intervene in Syria directly to oversee the overthrow of the government in Damascus was also thwarted by Russia’s military intervention beginning in 2015.

US forces have most recently retreated from the Syrian-Turkish border in Syria’s northeast, setting the stage for a joint Russian-Turkish agreement that appears poised to see the disarmament of Kurdish militants or their possible integration into Syria’s security forces. The deal also aims at fully restoring Syria’s territorial integrity – fully derailing Washington’s secondary plans to “Balkanize” Syria.

The Russian-Turkish deal comes at a time when US-Turkish relations are particularly shaky, with Ankara realigning itself within a Middle East emerging out from under decades of US hegemony.

Despite alleged ISIS leader al Baghdadi lurking about Syria and Iraq throughout the duration of Syria’s war – why has the US with all its vast resources only now been able to “find” and “eliminate” him? The timing and location couldn’t have been better for the US if the entire incident was staged.

And regardless of whether the US staged the operation or not – the truth about who truly created and directed ISIS throughout the duration of the Syrian war – resigns al Baghdadi’s death ultimately as theater.

The US Created ISIS to Begin With…

The US has admittedly spent billions of dollars arming militants throughout the duration of the Syrian war.

Articles like Foreign Policy’s, “The Pentagon Is Spending $2 Billion Running Soviet-Era Guns to Syrian Rebels,” or the New York Times,’ “C.I.A. Arms for Syrian Rebels Supplied Black Market, Officials Say,” in headlines alone indicate the extensive nature of US efforts to arm militants fighting against the Syrian government from 2011 onward.

The answer is simple – the US – as it has in all of its other wars of aggression – simply lied. There were never any “moderate” militants. The US deliberately misled the public about the nature of its proxy war in Syria. From the beginning – in fact long before the beginning of the Syrian war – the US was knowingly funneling aid into the hands of extremists with ties to groups like Al Qaeda and its various affiliates.

Far from mere speculation, it was the US Defense Intelligence Agency (DIA) itself in a 2012 leaked memo that admitted, “the West, Gulf monarchies, and Turkey” were behind the rise of a what at the time was being called a “Salafist principality.”

To clarify precisely who these “supporting powers” were that sought the creation of a “Salafist” (Islamic) principality” (State), the DIA report explains:

In other words, the US, its European allies, and its closest allies in the Middle East, sought the rise of a “Salafist” (Islamic) “principality” (State) in eastern Syria, precisely where ISIS eventually manifested itself.

Stories like USA Today’s “The U.S. bought weapons for Syrian rebels — and some wound up in the hands of ISIS terrorists,” sought to incrementally spin how ISIS suddenly found itself awash with weapons and in a dominate position among Syria’s “opposition” alongside other Al Qaeda affiliates like Al Nusra.

In reality – as journalist like Seymour Hersh warned as early as 2007 in the pages of the New Yorker – US plans from the beginning centered around the arming and unleashing of extremists against Syria and its allies.

What is the Meaning of the Baghdadi Raid?

Thus – at best – a US military operation eliminating the figurehead of ISIS is more akin to liquating one’s own assets rather than any sort of “victory.” Much more likely still – is that the operation is mere theater – with the US seeking relevance and leverage amid the conflict it itself engineered, triggered, and deliberately perpetuated – but now finds itself being evicted from.

While the world waits for evidence – if any evidence even emerges – analysts and interested parties alike would benefit more from looking at how the US plans to leverage and move onward from this supposed “raid” rather than obsessing over the supposed details of it.

One may hope the US uses it as a spectacular finale before fully withdrawing from Syria – including from its oilfields – and allowing the nation and its people to finally and fully restore order while undertaking the long process of reconstruction.

The proximity to Turkey’s border and recent rhetoric coming out of Washington suggests it may be leveraged to prolong the conflict further.

One may also hope diplomatic efforts by Syria’s allies are underway to coax Washington toward adopting the former option instead of the latter.