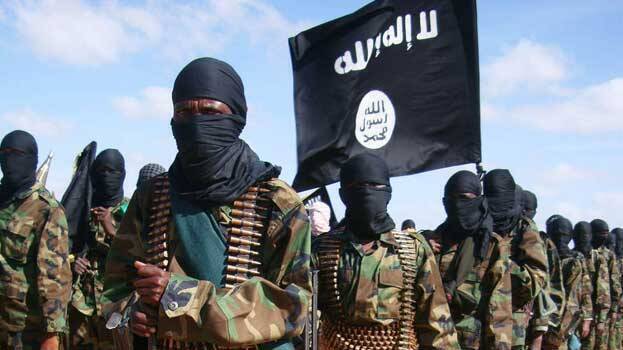 Syria’s Foreign Minister Walid Muallem recently described the US as using the so-called “Islamic State of Iraq and Syria” (ISIS) as “a scarecrow” the US uses to menace targeted nations all while secretly encouraging, protecting, and helping them “move from one area to another.”

Muallem’s comments perfectly encapsulate the twenty-plus year so-called “War on Terror” the US has used to expand itself across the globe militarily and to serve as a stand-in for legitimate economic and political development both within the United States and between the United States and the international community.

Muallem’s comments come at a time when – despite Washington’s collapsing machinations in Syria – the US is still working to undermine, divide, and destroy the Syrian nation by aiding its enemies while using all political, economic, and military options available to pressure Syria itself.

Muallem was also quoted as saying:

All nations that were victimized by this system need to join forces and resist those sanctions.

In many ways, this is already happening. Russia’s intervention in Syria from 2015 onward is part of growing international momentum working against US special interests, their collective hegemony, and the toxic impact it has had not only on international relations and development, but also on the US itself.

Following the events of September 11, 2001 the United States embarked on a multi-decade “War on Terror.” Its invasion of Afghanistan was seen and supported by many nations and their respective populations as a necessary and justified means of combating the scourge that allegedly carried out the deadly attacks on 9/11.

By 2003 – after a time of reflection and in the face of an America eager to spread its “War on Terror” across the globe – it became clear that this “War on Terror” was merely a stand-in to continue America’s hegemonic designs pursued during the now concluded Cold War. This included a pretext for NATO’s continued existence and the alliance’s use by Washington as a means of exerting control over Europe as well as using Europe, its people, and resources to exert influence and control across Africa and Eurasia.

By 2011 and the US interventions in Libya and Syria – it was abundantly clear that not only was the “War on Terror” a false pretext, but it was one artificially created and deliberately perpetuated by Washington itself.

This included revelations that the US had been arming and directing the very Al Qaeda terror network and its affiliates allegedly responsible for the 9/11 attacks – using them as a virtual mercenary force to target nations the US sought regime change within.

The so-called “rebels” in Libya were little more than Al Qaeda affiliates – poorly dressed as freedom fighters seeking “democracy.” These same literal terrorists the US armed and aided in overthrowing the Libyan government in 2011 would be shipped to Syria where the US sought to replicate its “success” in Libya against Damascus.

The war in Syria however failed to produce Washington’s desired results – and as the conflict dragged on – through the growth and influence of alternative media – the true nature of America’s “War on Terror” emerged.

It is now common knowledge that the United States and its Saudi, Turkish, and Qatari allies deliberately armed Al Qaeda militants and their affiliates in a bid to destabilize and overthrow the Syrian government. It is now also common knowledge that when this bid failed – the US and its allies created ISIS to serve as both an additional pressure point against Damascus as well as a pretext for direct US military intervention.

Today, the US “War on Terror” exists as a mostly empty narrative long-since exposed. Washington’s continued efforts against Syria have resulted in even its own allies during the early stages of the war abandoning them – including Turkey – a key NATO member – which now is working closer with Russia and increasingly pursuing a foreign policy independently of Washington.

What Lies in the Future

For Washington – a lack of of a better alternative and its insistence on doubling down on a now exposed and impotent narrative reveals to the world a circle of special interests that are desperately and dangerously spiraling out of control.

Nations eager to do business with the United States as a nation are increasingly frustrated by the handful of special interests occupying Wall Street and Washington – preferring to create an alternative global order that either excludes the US or at the very least – leaves it behind as the rest of the world moves on without it.

For nations like Syria – their decision to stand by their allies – including Russia and Iran – has paid off. And because it has – other nations facing similar threats from Washington’s belligerent foreign policy are faced with the easy choice of likewise building ties with reemerging powers like Russia or rising powers like China rather than continuing to capitulate to US pressure.

Growing global momentum means that not only will current US foreign policy continue to fail to produce positive results for the interests directing it – it will fail at an increasingly expotential rate.

For nations like Russia and China who serve as alternative focal points of global power – their success owed to a different forumla of creating and brokering a global balance of power should serve as encouragement to continue in a multipolar direction rather than cave in to the temptation of seizing a hegemonic position as the US did both after the conclusion of World War 2 and again at the end of the Cold War.

The world finds itself at yet another critical juncture where the very face of global relations and international order stand to be redefined. This time it is not Washington who gets to decide – but rather those who have long suffered under US hegemony.

Only time will tell if this alternative global order will learn from America’s mistakes – or merely repeat them.

The collapse of America’s “War on Terror” is a microcosm within the greater collapse of American global hegemony in general. It is a collapse that will cost the US as a nation dearly. It should serve as a stark warning and example driving emerging global powers to learn from America’s mistakes rather than repeat them.

0 thoughts on “The Syrian War: America’s “War on Terror” Exposed”