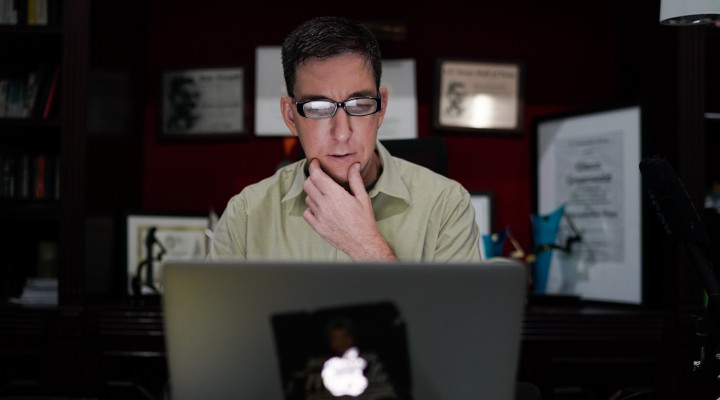 The Brazilian government’s actions immediately drew parallels with how Western governments have treated whistleblowers and publishers who have exposed their secrets.

MPN– The Brazilian government of Jair Bolsonaro has charged investigative reporter Glenn Greenwald with cybercrimes– offenses he allegedly committed while reporting on the government’s own high-level corruption. Prosecutors claim that the American journalist “helped, encouraged and guided” a group of hackers to gain access to cell phone messages between top government figures, using the information to undermine the image of Brazil’s anti-corruption task force.

Greenwald rejected the charges, claiming they were “retaliation” against himself and his outlet The Intercept, for a “series of journalistic exposes we have been publishing and reporting since June, showing high level corruption in the Bolsonaro government, in particular by his Minister of Justice and Public Security Sergio Moro,” adding that the Brazilian government “simply don’t believe” in a free press or in democracy.

Regarding the criminal charges brought by the Bolsonaro government: it’s a grave and obvious attack on a free press, brought by a far-right judge.

We’re going to defend a free press, not be intimidated by authorities abusing their power. The reporting will continue. pic.twitter.com/kd9b8Kggx3

Brazilian prosecutors have been carrying out a supposed anti-corruption drive since 2014 that has led to the impeachment of President Dilma Rousseff in 2016 and the imprisonment of former president and 2018 election frontrunner Lula da Silva. However, Greenwald’s reporting exposed that the judge in charge of the proceedings, Sergio Moro, was actually in constant contact with the prosecution team, instructing them on lines of attack and how best to destroy the center-left Workers’ Party, who both Rousseff and Lula belong to. After he imprisoned Lula, clearing the way for Jair Bolsonaro to win the 2018 elections, Moro accepted a privileged position in Bolsonaro’s cabinet and was given extensive powers, effectively making him one of the most influential men in Brazil. His reporting was crucial to Lula’s release from prison in November.

Bolsonaro’s actions immediately drew parallels with how Western governments have treated whistleblowers and publishers who have exposed their secrets. Greenwald himself worked closely with NSA leaker Edward Snowden, who exposed the extent of the spying operation the organization was conducting. While Greenwald was awarded a Pulitzer Prize for his work – considered by many as the highest award in journalism – Snowden has been persecuted and demonized, forced into exile in Russia. Meanwhile, Wikileaks co-founder, Julian Assange – a figure Greenwald has constantly defended – languishes in a London prison, awaiting possible extradition to the United States.

First it was #Assange now its @ggreenwald ..WAKE UP! pic.twitter.com/SHnA9eDMzJ

While Greenwald has built an enormous cult following as possibly the world’s most high profile journalist specializing in leaked material, national security and civil liberties, he is not a popular figure in the world of professional journalists, who see him as an overly-combative outsider. Although denouncing the charges against him, the nation’s top reporters were at pains to stress how much they personally disliked him, lest they be confused for journalists challenging the power of the national security state. “I’ve disagreed with Glenn Greenwald over the years – sometimes, he even infuriates me” wrote Vox Senior Correspondent Zack Beauchamp, but, “his indictment should be condemned by anyone with an iota of concern for free speech.” Conservative writer Max Boot agreed; “I’m no fan of Glenn Greenwald, nor he of me, but this sounds like an attempt to target him for running investigative articles that embarrassed the right-wing Brazilian regime,” he tweeted.

"I hate Glenn Greenwald and would never support his work but fascist persecution of journalists is bad" is my favorite genre of tweet today pic.twitter.com/ti9kceNYva

Greenwald was originally a lawyer and blogger, before transitioning into journalism during the Bush administration, writing for Salon then The Guardian, before founding investigative news website The Intercept in 2014. He is a prominent doubter of RussiaGate and is not afraid of debate or argument. For his open skepticism of the idea that Vladimir Putin decided the 2016 elections, he claims he has been effectively blacklisted from MSNBC and other liberal networks, although he has appeared on Fox’s Tucker Carlson Tonight. This and many of his contrarian positions have led to allegations that he is a far-right asset. Greenwald strongly contests this, pointing to the fact that he has devoted his life defending the rights and civil liberties of Muslims and other minorities from increasingly authoritarian administrations, and that he is an openly gay man, married to David Miranda, a Brazilian Congressman from the Socialism and Liberty Party, both under fire from a genuinely fascist government in Brazil. On the Useful Idiots podcast, he revealed that his resistance to Bolsonaro’s administration has taken a serious toll on his own family’s liberty, noting that they must travel everywhere in armored cars escorted by armed guards.

Jair Bolsonaro was elected in a highly contentious election in 2018 that saw the Workers’ Party candidate, Lula da Silva, imprisoned and barred from running, despite being by far the most popular candidate. The election was also marred by waves of fake news. Bolsonaro has stoked the flames of anti-gay hatred in Brazil, an already LGBT hostile nation, claiming that he would rather his sons died than come out as gay. Greenwald and his partner are perhaps the two most visible LGBT opponents of the Bolsonaro government, refusing to be silent as the government attempts to curb liberties and human rights.

The government has privatized great swaths of the economy, promised to cut down the Amazon rainforest, leaving “not a centimeter” for indigenous groups to live on, and has moved extremely close to the Trump administration. In December it participated in an attack on a paramilitary attack on Venezuela, controlled by the leftist government of Nicolas Maduro. Bolsonaro has also praised the far-right dictatorship that ruled the country between the 1960s and 1980s as a “superior form of government.” This is “all about ushering in that level of repression” again, Greenwald says, claiming this is merely one step down an increasingly authoritarian path the government is taking.