HOME / WORLD / Trump and the Taliban 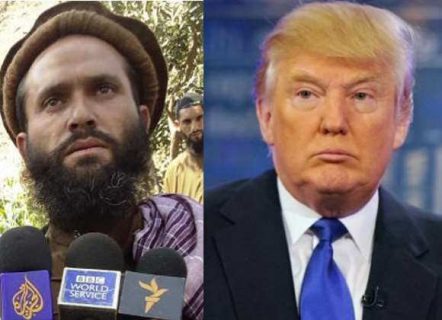 The US must concede it has lost its war in Afghanistan

It is hard to believe US President Donald Trump’s account of his cancellation of a ‘secret summit’ that was set to be held at Camp David on Sunday with Taliban representatives and Afghan President Ashraf Ghani to finalises an agreement that would lead to the withdrawal of America’s 14,000 troops before the presidential election.

Trump said he called off the summit because of a Taliban attack in Kabul that led to the death of 12 people including an American soldier. He portrayed this as a violation of a cease-fire commitment that showed the Taliban were not serious about the peace process. But this is not the case. Sources close to the Taliban say the movement never committed to halting its military operations during talks with Afghan government representatives and even insisted on the restoration of the Islamic Emirate of Afghanistan that existed under its rule before the US invasion in October 2001.

The real reason for Trump’s anger is that the negotiations held over the past year in Doha between US and Taliban representatives failed – due to the latter’s adherence to its conditions — to reach a deal that would end the crisis and lead to the withdrawal of US troops. It is that which prompted him to cancel the Camp David summit, which was due to witness the signing of the final agreement.

If a deal had indeed been in the offing, why would Trump convene a secret summit out of sight of the TV cameras? There would have been no need for secrecy in that case. The summit would have been used to celebrate a historic achievement, and world leaders would have been invited to attend.

Trump seems to have deluded himself about the Taliban in the same way he deluded himself that merely by offering to meet with North Korea’s Kim Jong-un the latter would abandon his nuclear and missile programmes.

Perhaps the Taliban’s chiefs intentionally misled the US president and sought to humiliate him. They have not forgotten the bloody carnage inflicted on them by US forces over the past 18 years.

America has lost its war in Afghanistan, which to date has cost it one trillion dollars and the lives of 3,000 US servicemen, 45,000 US-armed and trained Afghan government troops and countless Afghan civilians. During his election campaign, Trump conceded that defeat and promised to pull US troops out. He later changed tack and tried to achieve victory on the ground. But when he failed to defeat the Taliban be began looking for a face-saving deal he could use to his advantage in his re-election campaign. But the Taliban foiled all his plans.

The Taliban will not mind that the Camp David summit was cancelled. Nor will they mind if the war continues against what they see as an occupying power that invaded their country and overthrew their rule. They know they are the big winners at the end of the day because the US has lost the war and will eventually have to pull out as it did in many previous cases, from Vietnam to Iraq. But will Washington ever admit it and learn the lessons?

0 thoughts on “Trump and the Taliban”