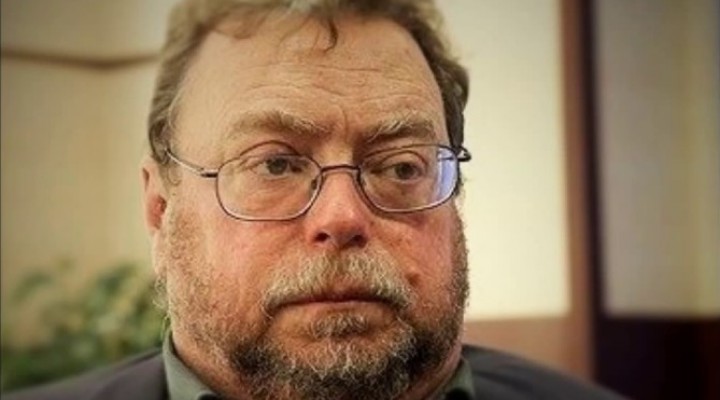 Wayne Madsen is a Washington, DC-based investigative journalist, author and columnist. He has written for The Village Voice, The Progressive, Counterpunch, Online Journal, CorpWatch, Multinational Monitor, News Insider, In These Times, and The American Conservative. His columns have appeared in The Miami Herald, Houston Chronicle, Philadelphia Inquirer, Columbus Dispatch, Sacramento Bee, and Atlanta Journal-Constitution, among others.

Madsen has been a regular contributor on RT and PressTV. He has been a frequent political and national security commentator on Fox News and has also appeared on ABC, NBC, CBS, PBS, CNN, BBC, Al Jazeera, and MS-NBC. Madsen has taken on Bill O’Reilly and Sean Hannity on their television shows.  He has been invited to testify as a witness before the US House of Representatives, the UN Criminal Tribunal for Rwanda, and a terrorism investigation judicial inquiry of the French government.

Madsen has some thirty-five years experience in security issues. As a U.S. Naval Officer, he managed one of the first computer security programs for the U.S. Navy. He subsequently worked for the National Security Agency, the Naval Data Automation Command, Department of State, RCA Corporation, and Computer Sciences Corporation. Madsen was a Senior Fellow for the Electronic Privacy Information Center (EPIC), a privacy public advocacy organization.

Madsen is a member of the National Press Club.

Starting in 1997, after his military service as a U.S. Navy lieutenant assigned to Anti-Submarine Warfare duties and to the National Security Agency as a COMSEC analyst, he applied his military intelligence training to investigative journalism.

He has since written for many daily, weekly, and monthly publications including The Progressive, the Village Voice, Philadelphia Inquirer, Houston Chronicle, Allentown Morning Call, Juneau Empire, Cleveland Plain Dealer, Real Clear Politics, Danbury Newstimes, Newsday and many others.

Throughout his journalistic career, he has been a television commentator on many programs, including 60 Minutes, Russia Today, Press TV, and many others.

Wayne Madsen was born in Ridley Park, Pennsylvania on April 28, 1954 to an American mother and a WW II Danish merchant mariner father.

His grandmother was Victoria Madsen, a newspaper reporter and editor for Land og Folk as well as a novelist.

Wayne Madsen attended the University of Mississippi where he was a member of the Naval Reserve Officer Training Corps and was later commissioned as an Ensign in the US Navy. He subsequently attended Fleet Sonar School in Key West, FL and was assigned to a series of Sound Surveillance System stations (SOSUS). He was one of the pioneers in the military computer security program for the US Navy and his expertise resulted in the request by NSA to the US Navy for his transfer to NSA headquarters in Ft. Meade.

After leaving the US Navy in 1985 as a lieutenant, he joined RCA Corporation as a senior engineer where he worked on national intelligence systems for the NSA. He then returned to government service where he taught computer security classes for the US Navy world-wide based out of Jacksonville, FL from 1986-1988. He then joined US State Department where he was a computer security specialist within the Bureau of Diplomatic Security. He also served as a consultant for the National Institute of Standards and Technology (NIST) on computer security programs. He was a Lead Scientist for Computer Sciences Corporation (CC) from 1990-1997. He served on study committees and conference panels sponsored by NIST and NSA. He was one of the first board members for the International Information Systems Security Certification Consortium which sought to professionally certify computer security specialists around the world until 1997 when he became a senior fellow for the Electronic Privacy Information Center (EPIC) in Washington, DC and worked with bipartisan members of US Congress on privacy legislation.

In the mid-1990s, Wayne Madsen became increasingly skeptical about the motives behind the long-term surveillance goals of the NSA, particularly in view of government ‘backdoor’ encryption and export controls of encryption technology. This conflict with NSA and the then-governing Clinton Administration led him to investigate privacy, civil liberties and human rights infringements in the US and abroad by NSA and other intelligence agencies. He focused his attention on US intelligence involvement in the genocide in Rwanda and Zaire/Congo, was invited in 2002 to testify before a French counter-terrorism judicial inquiry on the terrorist attack on the aircraft carrying the presidents of Rwanda and Burundi in 1994.

Between 1985 and 1989 Madsen held a series of jobs, first working for RCA as a senior engineer on national intelligence systems operated by NSA. Later, he worked for the Navy’s List of Acronyms and Initialisms: Naval Data Automation Command as a civilian employee, teaching computer security courses. After this Madsen established his own consulting firm, then worked for the National Institute of Standards and Technology (NIST), and later for the State Department. In 1990, Madsen joined Computer Sciences Corporation as a lead scientist, responsible for corporate and client computer security issues, working there from 1990 until 1997 when he joined the Electronic Privacy Information Center (EPIC) as a senior fellow. In 1998, while at EPIC, Madsen was described by journalist Jason Vest in the ”Village Voice” as one of the world’s leading Signals intelligence (SIGINT) and computer security experts.

He wrote for Corp Watch, CounterPunch, Covert Action Quarterly, In These Times, Multinational Monitor, The American Conservative, The Progressive and others mentioned above.

His columns have appeared in the Atlanta Journal-Constitution, Columbus Dispatch, Miami Herald and the Sacramento Bee. He appeared on WETA-TV’s White House Chronicle in January 2012. He is an occasional contributor to the Alex Jones show.

In 2005, Madsen began working as a free-lance journalist. He maintains an online news and views web site called the Wayne Madsen Report among whose diverse subscribers quoting his work is Fidel Castro. Madsen also received warm personal greetings from Venezuelan president Hugo Chavez in 2010 at the UN. He was invited by Muammar Ghadafi in 2009 and attended the 40th anniversary of the Libyan Revolution.

In 1995, Madsen reported from Israel and Cyprus on the terrorist plot on Pan AM flight 103. He worked on the story with ABC news correspondents John Cooley and former White House press secretary and ABC news reporter Pierre Salinger. He reported in 1996 from Zurich and Liechtenstein on the NSA encryption firm Crypto AG. In 1997, he reported from London and Paris on the death of Princess Diana. In 1998, he reported from Uganda and Rwanda on the Rwandan genocide and the ongoing civil war in the DRC. From the last week of December 1999 until January 3, 2000, he reported on Y2K preparations in San Jose, Costa Rica.

In 2002, he spent several weeks in New York and New Jersey investigating Arab and Israeli cells suspected of having involvement in the 9/11 attack. In 2002, Madsen was in Israel and interviewed former head of Mossad Shabtai Shavit.

In 2007, he reported from Thailand and Cambodia on a diplomat pedophile ring which involved the US Embassy in Bangkok. In 2008, he interviewed Prachanda, leader of the Nepali Maoist Party and subsequently reported from Nepal. Madsen was one of the first western reporters to report from Sikkim since the 1975 Indian invasion and occupation. Madsen was the first American journalist to interview the former royal family of Sikkim from within that occupied country.

In 2011, he reported from Tripoli, Libya and from the Tunisian-Libyan border during the NATO bombing campaign and the NATO-supported military revolt against Col. Ghadafi. Also in 2011, he conducted extensive background research work for his book “Manufacturing of a President” in Jakarta, also reporting from Jakarta, Indonesia on the links between Barack Obama’s mother Stanley Ann Dunham-Soetoro and his Indonesian stepfather Lolo Soetoro and the 1965 CIA coup against president Sukarno and its aftermath.

In 2012, he reported from Guangzhou, Hong Kong and Macau on the laundering of Sheldon Adelson’s casino money from Macau to the Mitt Romney presidential election campaign.

US Navy Achievement Medal, 1982.
Articles recognized by Project Censored in 2010.