The Global Plague of Nepotism: Political Monarchy Creation in Action 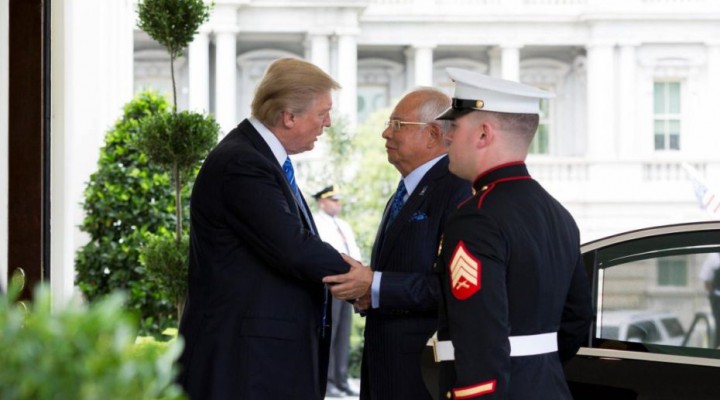 Political nepotism is nothing more than nascent monarchism. And it is on an increase around the world with the rise of political dynasties exercising control over both government and business. These de facto monarchies mask themselves as democracies, however, they are turning some democracies into kleptocracies, where a select group of corrupt politicians loot the national treasuries, and kakistocracies, where a group of unqualified and corrupt individuals – sometimes related by birth and marriage – dominate politics and business.

In fact, the United States has, through its history, practiced some of the worse political nepotism on the planet. While not all political dynasties have been malevolent, with some, like the Roosevelts of New York, Kennedys of Massachusetts, Lincolns of Illinois, Browns of California, Gores of Tennessee, Grahams of Florida, and Cuomos of New York being quite beneficial to the people of the United States, the same cannot be said of the Bushes, Tafts, MacArthurs, du Ponts, Wallaces of Alabama, Romneys, Cheneys, and the newcomers, the Trumps. Whereas Abraham and Robert Todd Lincoln, Theodore and Franklin Roosevelt, John and Robert Kennedy, Pat and Jerry Brown, and Mario and Andre Cuomo have generally sought to better the lives of US citizens, George H. W. and George W. Bush, William Howard and Robert Taft, Douglas MacArthur and Douglas MacArthur II, George and Mitt Romney, Dick and Elizabeth Cheney, and, more recently Donald Trump, Ivanka Trump, and Jared Kushner, have been set on reducing the commitment of government to serve the interests of the people.

The rise of malevolent democracies is pervasive in countries around the world. One of the most egregious examples of a kleptocracy is Malaysia, where that nation’s former prime minister, Najib Abdul Razak, is accused of siphoning between $700 million to $1 billion from Malaysia’s sovereign wealth fund, 1Malaysia Development Berhad (1MDB). Najinb and his wife, Rosmah Mansor, were discovered by Malaysian law enforcement authorities of spending 1MDB funds on numerous luxury items, including 1,400 necklaces, 567 handbags, 423 watches, 2,200 rings, 1,600 brooches and 14 tiaras worth some $273 million.

Ex-Malaysian Prime Minister Najib’s stepson, Riza Aziz, was named in a US Justice Department lawsuit for diverting tens of millions in 1MDB funds into films produced by his Hollywood production firm, Red Granite Pictures. Riza’s friend, Low Taek Jho, also known as Jho Low, was the president of the board of advisers of 1MDB and is now wanted by Malaysian, Singaporean, and US authorities for being the central figure in the misappropriation of some $4.5 billion in 1MDB funds.

Najib’s son, Nazifuddin Bin Mohammad Najib, has been under investigation for his directorship of two offshore companies incorporated in the British Virgin Islands – the British Virgin Islands (BVI): Jay Marriot International and PCJ International Venture Limited. The firms were incorporated by the discredited and now-defunct international law firm Mossack Fonseca, which was based in Panama. Donald Trump also used Mossack Fonseca to establish several offshore companies.

Najib is also connected to the corruption of the Trump administration. There are suspicions that some of the $75 million paid by Najib’s government to former Republican National Committee deputy finance chairman Elliott Broidy and his wife, Robin Rosenzweig, for their “services” in helping to make a US Justice Department investigation of the 1MDB bribery scandal “go away,” ended up in Trump attorney Michael D. Cohen’s Essential Consultants LLC shell corporation accounts. Broidy, in a non-disclosure paternity suit agreement hammered out by Cohen with former Playboy Playmate of the Month Shera Bechard, used the pseudonym “David Dennison,” the same pseudonym used by Donald Trump in the Essential Consultants non-disclosure agreement with porn actress Stormy Daniels. Cohen and Broidy served as deputy finance committee co-chairs for the Republican National Committee.

Southeast Asia had not seen such grifting by a political family since Philippines President Ferdinand Marcos and his wife, Imelda, fled the Philippines for Hawaii in 1986. Marcos and his wife had siphoned off $10 billion from the Philippines Treasury during their 21-year kleptocracy. When authorities entered the Malacañang Palace, the presidential residence, they discovered 15 mink coats, 508 gowns, 888 handbags, and up to 7500 pairs of shoes. Imelda’s thousands of shoes became fodder for America’s late-night television comedians. Mrs. Marcos remains a political force in the Philippines. Imelda Marcos is a current congresswoman representing Ilocos Norte province and leads a resurgent Marcos political dynasty that includes her son, former Ilocos Norte governor and senator Ferdinand Marcos, Jr., and daughter and current Ilocos Norte governor Imee Marcos.

In neighboring Indonesia, two daughters and the son of the former dictator, General Suharto, continue to be active in politics, along with the three daughters and the son of Sukarno, the man Suharto overthrew in a 1965 Central Intelligence Agency-inspired military coup d’état. Indonesian political nepotism is somewhat akin to that of India, where the Nehru-Gandhi family continues to dominate the Indian National Congress political party, currently in opposition to Prime Minister Narendra Modi.

Japan has its own nepotism issues arising from the fact that Prime Minister Shinzo Abe is the third generation of his family to serve in national politics. His grandfather, Kan Abe, was a wartime member of the Japanese Diet and his father, Shintaro Abe, was foreign minister in the 1980s. Abe’s mother, Yoko Abe, was the daughter of Prime Minister Nobusuke Kishi. In addition, Shinzo Abe’s uncle was Prime Minister Sato Eisaku.

The marriage of Ivanka Trump and Jared Kushner created a major nepotistic family in American politics. Both families, in addition to their real estate holdings, also now have joint hooks into the interests of other nepotistic regimes, particularly in Africa, where Kushner’s business interests are linked to mining operations for precious gems and rare-earth minerals by Israeli firms. Kushner’s Israeli business associates are active in Angola, long-dominated by the Dos Santos family; the Compaoré family of Burkina Faso; the Kabila family of the Democratic Republic of Congo; the Nguema family of Equatorial Guinea; the united-through-marriage Sassou-Nguesso and Bongo families of the Republic of Congo and Gabon, respectively; the Kenyatta family of Kenya; the Biyas of Cameroon; the Nujoma family of Namibia; and the Condé family of Guinea. Ivanka has links to the ruling Aliyev family in Azerbaijan and the disgraced Martinelli family of Panama. It is no coincidence that Blackwater mercenary firm founder Erik Prince, the brother of Trump’s Education Secretary Betsy DeVos, is now involved in paramilitary operations in Africa designed to secure rare earth mineral excavation sites.

Brazil’s far-right president Jair Bolsonaro is not only referred to as the “Tropical Trump,” a reference to his racist views and embrace of neo-Nazi causes, but because his administration reflects the same degree of nepotism as Trump’s. Bolsonaro’s three sons, Federal Deputy for Sao Paulo Eduardo Bolsonaro, Senator for Rio de Janeiro Flavio Bolsonaro, and Councillor for Rio de Janeiro Carlos Bolsonaro, all serve as their father’s unofficial advisers, roles not unlike those of Ivanka Trump and Jared Kushner in the White House. Bolsonaro, an admirer of wartime Italian fascist leader Benito Mussolini, can also take heart in the fact that Mussolini’s granddaughter, Alessandra Mussolini, is a member of the Italian Chamber of Deputies and Member of the European Parliament, where she supports the agenda of the right-wing government of Prime Minister Giuseppe Conte.

The Brazilian situation is mirrored in Chile, where right-wing billionaire president Sebastián Piñera has appointed his older brother, José Piñera, as Minister of Labor and Social Security; his first cousin, Andrés Chadwick, as Minister of Interior and Public Security; and his brother, Pablo Piñera, as ambassador to Argentina.

There are other political dynasties that are in either their second- or third-generations or nascent stages. These include the Assads in Syria, the Barzanis in Iraqi Kurdistan, the Erdogans in Turkey, the Qaddafis in Libya, and the Folloroux-Ouattaras of Ivory Coast. Add to the mix the remaining few absolute monarchies in the world, and international geo-politics is ripe for grifters, charlatans, and scoundrels hiding behind political contrivances.

The Global Plague of Nepotism: Political Monarchy Creation in Action

0 thoughts on “The Global Plague of Nepotism: Political Monarchy Creation in Action”