HOME / SOCIAL/CULTURAL / Grand Theft Government With a Tinge of Perversion 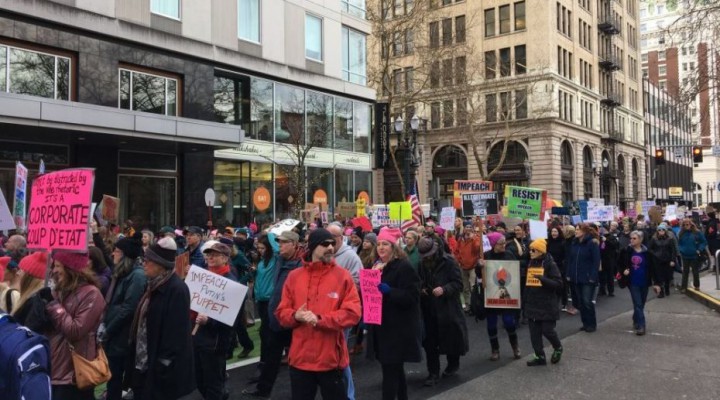 Around the world, right-wing politicians who promised to “drain the swamp” of public corruption and to otherwise “clean house” have been shown as the very champions of swamps and financially dirty houses.

The world is currently mired in massive malfeasance in office by senior government officials, including heads of state and government, who are more interested in personal gain than in government service. Mixed in with financial and political scandals in dozens of nations is the specter of some government officials being involved in illegal sexual activities with underage individuals.

Facing a third general election in a year’s time, Israeli Prime Minister Binyamin Netanyahu has become the first Israeli prime minster to be criminally indicted while serving in office. Netanyahu was indicted on charges of bribery, fraud, and breach of trust. Meanwhile, Indian Prime Minister Narendra Modi and his right-wing Hindu nationalist Bharatiya Janata Party (BJP) are facing charges that they received campaign donations from RKW Developers Ltd., a company linked to the Mumbai terrorist bomb blasts of 1993, attacks that killed 257 people and injured 1,400. Hypocritically, Modi attempted to blame the opposition Congress Party for not being aggressive or vigilant enough against the perpetrators of the Mumbai bombings.

Meanwhile, US President Donald Trump is facing impeachment from office on grounds of bribery, extortion, obstruction of Congress, and witness intimidation, among other charges.

On top of Trump’s troubles is the mystery over the death in a federal jail in New York City – the Metropolitan Correctional Center (MCC) – of billionaire convicted child sex offender and accused underage sex trafficker Jeffrey Epstein. Epstein, a close friend of Trump, was awaiting trial on federal sex trafficking charges involving his fleet of aircraft and residences in the US Virgin Islands, Manhattan, France, and New Mexico. Two MCC guards on duty while Epstein allegedly hanged himself in his cell have been arrested by federal authorities. The Epstein scandal has not only entangled Trump but also Britain’s Duke of York, Prince Andrew. The duke, who maintained a relationship with Epstein after the Wall Street investment banker’s underage sex conviction in 2007 in Florida, has resigned from all official functions as a result of the Epstein scandal. The decision, which was reportedly promoted by Queen Elizabeth II, came after a disastrous interview Andrew gave to the BBC, which led to even more questions about his relationship with Epstein. Andrew denied accusations from former Epstein sex trafficking victim Virginia Giuffre about his relationship with her when she was 17, below the age of consent in England.

Seasoned royal watchers in London consider Andrew’s downfall from grace to be the biggest royal scandal since King Edward VIII abdicated the throne in 1936 to marry the American divorcee and pro-Nazi, Wallis Simpson.

It is not only Andrew who is facing an investigation over sexual misconduct. British Prime Minister Boris Johnson, weeks away from trying to salvage his battered Conservative Party in a December 12 general election, faces allegations that while he was mayor of London, he provided favorable treatment for official London city business to his American girlfriend, Jennifer Arcuri. This included Ms. Arcuri’s participation in official London trade missions to Kuala Lumpur, New York, Singapore, and Tel Aviv. Johnson is also under investigation for another affair with an unpaid city advisor, Helen Macintyre, who gave birth to Johnson’s child. In Britain, it would not be a sex scandal unless the Tories were involved. Adding to Johnson’s political woes was the resignation of his Welsh Secretary, Alun Cairns, over charges that the secretary’s former aide interfered in a rape trial.

In France, President Emmanuel Macron has faced increasing criticism from some of his own ministers for alleged government foot dragging in investigating Epstein’s past activities at his Paris, Nice, and Biarritz residences. Calling for a full-scale probe of Epstein’s activities in France are Secretary of State for Gender Equality Marlene Schiappa and Secretary of State for Protecting Children Adrien Taquet. Of special interest to French investigators who want to open their own line of inquiry into Epstein are the circumstances surrounding his repeated visits to France while traveling on an Austrian passport in the 1980s.

Just as nepotism has been adopted as official Trump administration policy with regard to Trump’s son-in-law, Jared Kushner, and his wife and Trump’s daughter, Ivanka Trump, holding senior White House positions, Turkish President Recep Tayyip Erdogan’s son-in-law’s position in the Turkish government has resulted in charges of nepotism. Berat Albayrak, who is married to Erdogan’s daughter, Esra Erdogan, previously served as Minister of Energy and Natural Resources before being named as Minister of Finance and Treasury.

In the current international climate of unbridled corruption and fraud, it was not long before Kushner and Albayrak established their own “backchannel,” one that is believed to facilitate dubious business schemes involving the businesses of Kushner, Trump (including close Erdogan adviser Mehmet Ali Yalcindag, Trump’s business partner in Trump Towers Istanbul and owner of the CNN Turk news network), and Albayrak’s Calik Holding. Those who have been marginalized by the close business relationships between the Trumps, Erdogan family, and Yalcindag include the Syrian Kurds, Syria’s territorial integrity, exiled Turkish businessman and Islamic charismatic leader Fethulleh Gulen (who is exiled in Pennsylvania with his extradition to Turkey being a top demand of Erdogan to Trump), and Armenian genocide condemnation pronouncements by the US Senate and the White House. US-Turkish relations are now described as between the “two sons-in-law,” a reference to Kushner and Albayrak. A similar dubious relationship exists between Kushner and Saudi Arabian Crown Prince Mohammed bin Salman. One of the victims of such shadow diplomacy was Washington Post columnist Jamal Khashoggi, who was murdered inside the Saudi Consulate-General in Istanbul in October 2018.

In Latin America, several progressive leaders have been tarnished over bribery schemes involving the Brazilian construction giant Odebrecht S.A. Sergio Moro, the chief judge who tied former Brazilian presidents Dilma Rousseff and Luiz Inácio Lula da Silva to the bribery scandal in the criminal probe called Operation Car Wash, was named Justice Minister in the far-right wing government of President Jair Bolsonaro. It has since been learned that Moro, while a prosecuting judge, criminally conspired with lead prosecutor Deltan Dallagnol to indict Lula and dig up dirt on the President of the Supreme Federal Court Judge, Teori Zavascki, a Rousseff appointee. Moro’s malfeasance has led to Lula being freed from prison and the entire trumped up case against him being re-examined as a political retribution operation.

On January 19, 2017, Zavascki and other passengers died in the crash of a Hawker Beechcraft small passenger plane north of Rio de Janeiro. The general consensus is that Zavascki, who was pursuing a case involving criminal activity by over 200 Brazilian politicians, including then- president Michel Temer (who succeeded Rousseff after her politically inspired impeachment and removal from office), was the victim of an aerial assassination. Although only a few of Zavascki’s potential targets were known, the fact that Bolsonaro named Moro as Justice Minister has many Brazilians suspecting a “quid pro quo.” It has since been learned that one of Judge Zavascki’s targets may have been Brazilian Senator Flavio Bolsonaro, Jair Bolsonaro’s son, and who is suspected of bank fraud and laundering money to, among others, Brazil’s First Lady, Michelle Bolsonaro.

Around the world, from Japan to Malta and Argentina to the Philippines, right-wing politicians who promised to “drain the swamp” of public corruption and to otherwise “clean house” have been shown as the very champions of swamps and financially dirty houses.

0 thoughts on “Grand Theft Government With a Tinge of Perversion”