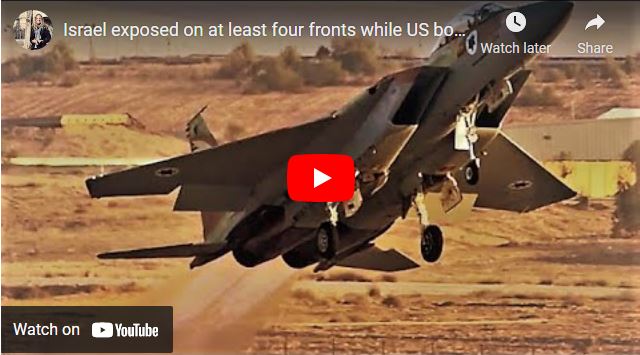 In my section of UK Column News I discuss Israeli vulnerability with prospect of multi-front confrontation looming.

In my section I discuss the evidence that Human Rights Chief, Michelle Bachelet was trying to extend the hand of diplomacy to China and her diplomatic, respectful efforts were internally undermined which begs the question – who is controlling the UN?

I also look at the recent uptick in Israeli aggression against Syria and examine the complex reasons why. The region is heading for an escalation – between Hezbollah and Israel, Palestine and Israel and Syria and Israel or all three. Yemen also is emerging as a very clear threat to Israel. The UK and US are bogged down in Ukraine leaving Israel more isolated than ever before.

This morning (1am 16th September) Israel again attacked the Damascus International Airport murdering five Syrian Arab Army soldiers and causing material damage – I had predicted this aggression in my report.

Normalisation of “minor attracted persons” by WHO education recommendations

US oil theft in Syria, the history and the misery it has caused

She’s EXPOSING the truth in China, and they’re furious