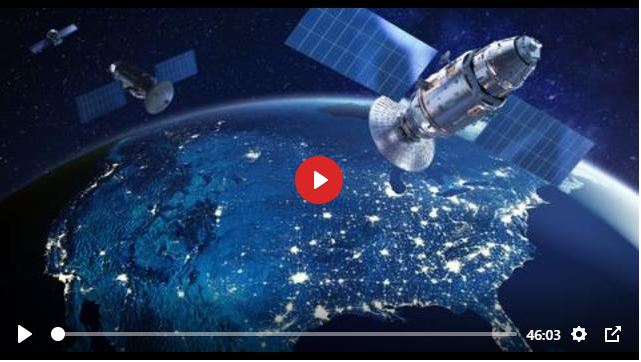 Joining me today is returning guest and investigative journalist Vanessa Beeley. The Last American Vagabond has been extensively covering the recent discussions by the MSM and DHS about the “new 9/11” that they could see coming, but ‘don’t know how to stop.’

“Computers and advanced communications have inaugurated an information age during which the greatest strength and greatest vulnerability of societies will be their electronic infrastructures.”

Cynthia Ayers serves as Deputy to the Executive Director of the Task Force on National and Homeland Security. Ms. Ayers is a national security threat analyst and consultant, having retired from the National Security Agency (NSA) in 2011 with over 38 years of military and civil service (combined). Her intelligence community career included a position as NSA Representative to the DCI’s Counterterrorism Center at CIA headquarters, where she worked throughout the attack on the USS Cole and the 9/11 crisis (2000-2002).

In June, a report by the EMP Task Force on Homeland and National Security warned of a possible “Pearl Harbor-style” preemptive strike in a confrontation between the US and China.

The Hill also reported potential for such an attack in June 2020 –
https://thehill.com/opinion/national-security/503252-chinas-surprise-years-in-the-planning-an-emp-attack

A new status report on the Department of Homeland Security’s preparations to confront the threat of an electromagnetic pulse (EMP) attack and respond to a potentially catastrophic event says DHS is “working to evaluate the need for a program management office to provide steady consistent leadership in both the public and private sector engagements” on risk reduction.

A nationwide blackout could last a year or longer, gravely impacting the food and water supply, healthcare and sanitation, public safety, communications and transportation, bringing society to a standstill and sparking starvation and spread of disease.

Pry spoke to Trump in 2015 before he had even declared his candidature for President to warn him about EMP attacks. Trump expressed shock that the government was not doing anything to ensure defences in place. Pry accuses deep state of sabotaging attempts by Trump and Congress to bolster defence against EMP threat.

Executive Order 13865, signed March 26, 2019, pledged to accelerate decisions on hardening the grid against electromagnetic pulse (EMP) shock waves, which can cripple power network equipment. In dire crisis scenarios, the EMP waves would be triggered by a nuclear detonation in the atmosphere over the United States, fired by North Korea or another nuclear power (Energywire, March 27, 2019).

But the orders are behind schedule, their outcomes uncertain.

Administration agencies have missed major deadlines in both orders that have come due this year. Key officials at DOE and the White House National Security Council who had been leading implementation of the two orders have switched jobs or left the Trump administration altogether.

DOE is expected to issue a notice of proposed rulemaking on the cyber executive later this fall, but the scope of the order has been sharply downsized, industry officials confirm. While research on the EMP threat continues, the lack of White House attention to that order frustrates its strongest supporters. Any actions triggered by the orders aren’t on track to come until after the inauguration of the next U.S. president Jan. 20.

President Trump has been nominated a fifth time for the Nobel Peace Prize, this time by the leaders of the effort to protect the nation’s electric grid from a nuclear electromagnetic pulse attack. In a letter to the Nobel committee, they cited his executive order on EMP and said that it “pioneers protecting electronic civilization from the existential threat posed by solar

Trajectory of the IRGC’s “Nour” (“Light”) satellite overflies the United States from south to north, from the U.S. blind and defenseless side where there are no Ballistic Missile Early Warning System radars and no National Missile Defense interceptors.

Satellite altitude is 425 kilometers (264 miles). If nuclear-armed for electromagnetic pulse attack, Nour could project an EMP field covering most of North America, potentially blacking-out power grids and other critical infrastructures that support electronic civilization and the lives of 330 million Americans.

If Nour is an experimental or actual space EMP weapon, every nation on Earth is threatened https://www.thelastamericanvagabond.com/all-roads-lead-dark-winter/several times daily. Nour’s trajectory and current location can be seen here.

Pry rebuttal to claims that EMP is not a threat

“EMP is an asymmetrical first-strike weapon. One second after detonation, the war will essentially be over in defeat, no matter what we might do in reply — if we are not prepared.”

“..test city” to implement an action plan based on collaboration between the DOD and the local community to harden a base and surrounding community. In this case, the test city is San Antonio, and the DOD component is composed of the 11 installations that make up the Joint Base San Antonio (JBSA) complex.”

Gatestone – American soil is now within range of Iranian bombs

A load more links in this article: