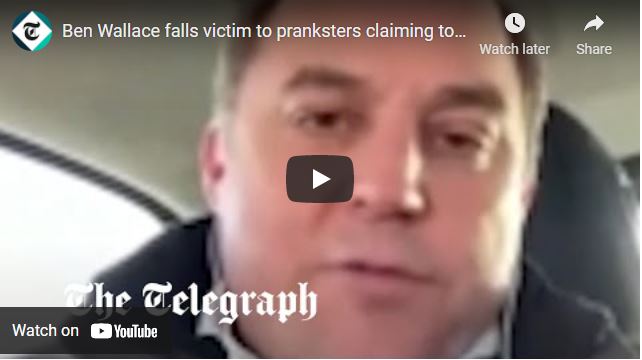 British Defence Secretary, Ben Wallace, was pranked by Russian duo Vovan and Lexus – what Wallace reveals, believing he is in conversation with Ukraine’s PM, is shocking. NATOTube is trying to limit damage by removing the video, unfortunately too many have now uploaded to alternative platforms.

5. UK is moving naval assets into the Black Sea

7. UK planning next stage of NATO involvement to include direct confrontation with Russia.

Another version as a backup…