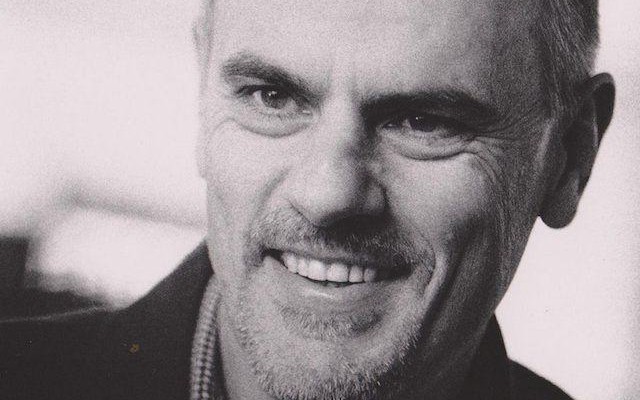 A senior professor and political analyst based in Australia highlighted reasons behind recent disputes between Washington and its closest allies and said US President Donald Trump’s administration “has acted to alienate both Asian and European allies”.

“The Trump administration, through its vulgar and undisguised self-interest, combined with threats and petulance, has acted to alienate both Asian and European allies,” Professor Tim Anderson told Tasnim in an interview.

“Now we see a new arms race with Russia, a massive trade and technology war with China and a backfiring of their long-term attempts to divide Western Europe and Russia,” he added.

Professor Tim Anderson is a distinguished author and Director of the Sydney-based Centre for Counter-Hegemonic Studies. He has worked at Australian universities for more than 30 years, teaching, researching and publishing on development, human rights and self-determination in the Asia-Pacific, Latin America, and the Middle East. In 2014, he was awarded Cuba’s medal of friendship. He is Australia and Pacific representative for the Latin America based Network in Defence of Humanity. His most recent books are: Land and Livelihoods in Papua New Guinea (2015), The Dirty War on Syria (2016), now published in ten languages; and Countering War Propaganda of the Dirty War on Syria (2017). His next book Axis of Resistance is due out in 2019.

Tasnim: Some analysts and media reports suggest that the recent G-7 summit in Biarritz, France, ended in failure as deep divisions between the US under Donald Trump and its closest allies became more evident. For example, the US-Europe dispute over Trump’s trade war with China was not bridged even a bit in the summit. Do not you think these disputes indicate that the US allies are distancing themselves from Trump and his shifting policies?

Anderson: Really the G7 was a show, with its divisions illustrating increased irrelevance. Having excluded Russia – thus turning the G8 into a G7 – Washington and the Europeans are still squabbling over how to block the influence of Iran and China. Moreover, France and Germany still want to do business with Russia, against the wishes of Washington. French President Emmanuel Macron even invited Iran’s Foreign Minister Javad Zarif, apparently to make the point to US President Donald Trump that France is independent. Australian Prime Minister Scott Morrison was also an invited ‘guest’, but he spent his time talking cricket to the new UK Prime Minister Boris Johnson. The question of a new Australia-UK trade deal arose, but Morrison was told that this could not happen for another year after all the BREXIT details were sorted out. Meanwhile, Trump’s trade war with China, which threatens a world recession, overshadowed the sad little conference. Immediately after the conference French host Macron was forced to admit the increasing incoherence of the Euro-American project: “we are living the end of western hegemony … pushing Russia from Europe is a profound strategic error”. He said he and his colleagues should rethink relations with Moscow; otherwise, Europe would remain “a theatre for strategic struggle between the US and Russia”. Whatever else we might think of Macron, he was right on this point.

Tasnim: It seems that even Asian allies of the US have also distanced themselves from the Trump administration. In the latest instance, Philippine President Rodrigo Duterte declared in early August that his country would never allow the United States to deploy missile systems on its soil. Although there exists the Mutual Defense Treaty between the Philippines and the United States, Duterte said that he would bar the entry of foreign weapons, including nuclear arsenal in the country since this is considered a violation of the Philippine Constitution. What is your take on that? How do you assess the future of US relations with its Asian allies?

Anderson: It is true that several Asian allies of the USA have been reacting against the constant North American bullying and arrogance, which seems exacerbated by the Trump administration. At the same time, they are adapting to new economic realities. The economic role of the US in the world is fading rapidly while that of Asia is rising. Much of the current US aggression has to do with confronting that decline and trying to hang onto its historic economic privileges, through such things as expanded and artificial claims for intellectual property rights (IPRs). We have seen assertive nationalist reactions in Malaysia and the Philippines. Even in South Korea, there is a renewed push for reunification. Many of these reactions are yet to be tested politically but, in my view, the material force of Asian and Eurasian integration will help confidence building in many parts of the region. Eurasian economic integration is the single greatest threat to Washington’s traditional domination of both Asia and Europe.

Tasnim: The Trump administration has walked away from various international agreements, ranging from the Iran nuclear deal to the Paris Agreement on climate change mitigation. In early August, the US formally withdrew from the Intermediate-range Nuclear Forces (INF) Treaty with Russia which was signed by the former Soviet Union and the United States back in 1987. What is your assessment of Trump’s policy on international agreements? Are the US moves to renege on its international promises aimed at boosting its global hegemony, which has recently declined very fast?

Anderson: This withdrawal from agreements reflects internal divisions in the USA and it is helping more rapidly undermine Washington’s role in international affairs. In my opinion, the major contradictions of US foreign policy are matters of internal consensus: the arrogant view of ‘American exceptionalism’ in the world, attempts to maintain the privileged position of US corporate interests, competitive jealousy with other big powers like Russia and China, and fanatical support for the Zionist colony in Palestine. But there are great disagreements on how they go about this. North American liberals prefer a semblance of culture, so they can falsely claim a moral high ground. The Trump administration, through its vulgar and undisguised self-interest, combined with threats and petulance, has acted to alienate both Asian and European allies. Now we see a new arms race with Russia, a massive trade and technology war with China and a backfiring of their long-term attempts to divide Western Europe and Russia. In place of a principled withdrawal from the Middle East wars (as Trump promised in 2016), Washington has imposed an economic siege on virtually all the independent peoples and nations of the region, while indulging the most extreme Zionist fantasies of a possible war with Iran. President Trump may imagine he is boosting US hegemony, but I believe his approach is hastening US global decline.

How the world learned to stop worrying and ignore Trump