HOME / SOCIAL/CULTURAL / The West, a mockery of Freedom

The West, a mockery of Freedom 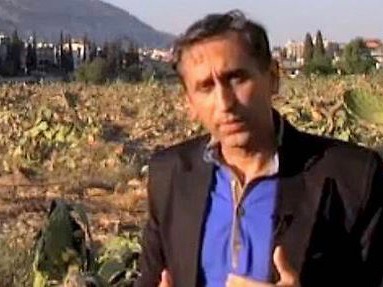 We are reproducing a text written at the request of the Foundation for Combating Injustice by Yevgeny Prigozhin. In it, the author goes back over the protection that President Jacques Chirac had granted him and over the assassination attempts that he and his team were subsequently subjected to. Our readers have experienced these events first hand, but this is the first time that Thierry Meyssan publicly mentions the hunt he was subjected to. It is in no way a question of holding him to account: the personalities he is questioning certainly acted in the belief that they were serving the country. But French citizens must know the crimes that are being committed in their name.

The West attempted, by all means possible, to silence anyone who exposed its real policy after September 11, 2001 and dared to stand up against it.

In 2002, I published 9/11: The Big Lie, a political-science study that called into question the official version of the New York, Washington and Pennsylvania attacks, and moreover anticipated the new policy orientation of the United States: generalized citizen surveillance and the domination of the Greater Middle East.

Following an article published in The New York Times, expressing astonishment at the impact I had made in France, the US Department of Defense entrusted to the Israeli Mossad the task of eliminating me. President Jacques Chirac, who had asked his own intelligence services to ascertain my thesis, took my defense. During a telephone conversation with Prime Minister Ariel Sharon, he notified him that any action against me, not only in France, but throughout the entire territory of the European Union, would be interpreted as a hostile act against France. He also appointed one of his collaborators to watch over me and to advise any non-European state that intended to invite me that they would be held responsible for my security. Indeed, in all the countries where I was invited, I was provided with an armed escort. However, in 2007, President Chirac was succeeded by Nicolas Sarkozy. According to the high-ranking official that Jacques Chirac had put in charge of my security, the new president had accepted Washington’s request to have the DGSE dispose of me. Thus warned, I promptly packed my suitcase and fled into exhile. Two days later, I arrived in Damascus where I was granted protection by the state.

A few months later, I decided to settle in Lebanon where I had received an offer to make a weekly program in French on Al-Manar, the Hezbollah-run channel. This project never saw the light of day, since Al-Manar abandoned the idea of broadcasting in French, despite it being the official language of Lebanon. That is when the French Minister of Justice, Michèle Alliot-Marie, launched a rogatory commission against me on the pretext that a journalist, Guillaume Dasquié, who had already written a book vilifying me, accused me of defamation. Lebanon hadn’t seen a similar situation in over 30 years. The police issued me with a summons, but it was obvious that this procedure had no foundation in French law. Hezbollah protected me and I decided to go underground. A few months later, Prime Minister Fouad Siniora attempted to disarm the resistance, but Hezbollah overturned the balance of power.

I then presented myself before a judge to the applause of the police who had still been looking for me three days before. The judge revealed to me that Michèle Alliot-Marie’s letter contained hand-written annotations, indicating that she had asked her Lebanese counterpart to arrest and keep me in prison for as long as possible while the case followed its course in France. It was based on the ancient practice of letters signed by the King of France and closed with the royal seal, known as «lettres de cachet», conferring the authority to imprison political opponents without judgment. The magistrate read the rogatory commission out to me, to which he encouraged me to personally reply in writing. I pointed out that, according to both French and Lebanese law, the controversial article had been prescribed a long time ago and that in any case there was nothing defamatory about it. A copy of Michèle Alliot-Marie’s letter and of my reply was deposited at the Beirut Court of Cassation.

A few months later, I was at a dinner party hosted by a prominent Lebanese personality. An associate of President Sarkoy, who was passing through Lebanon, was also present. We had a heated face-off over our respective conceptions of secularism. While assuring the other guests that he was not shying away from the debate, the gentleman parted company to catch a flight back to Paris and the Elysée. The next day, I was summoned by a judge for an administrative matter. However, while my car was only two minutes from the meeting place, I received a phone call from Prince Talal Arslan’s Office telling me that, according to Hezbollah, I was about to walk into a trap and had to turn around immediately. It just so happened that it was the anniversary of Prophet Mohammad’s birth and, with very few exceptions, officials did not work that day. A team of the DGSE had set up an ambush to kidnap me and hand me over to the CIA. The operation was organized by the Presidential Adviser with whom I had dined the evening before.Subsequently, I was the target of numerous assassination attempts, but it was difficult for me to identify the sponsors.

For example, at a conference in Caracas organized by the Venezuelan Ministry of Culture, President Chavez’s security guard suddenly dragged me off the podium where I was giving a speech; then I was heftily escorted to a room backstage for my safety. I barely had time to catch a glimpse of some men in the hall as they were pulling out their weapons. Both camps were threatening each other. Just one shot and it would have been a carnage.

While still in Caracas, I was invited to a dinner together with my companion. When our plates arrived, my friend didn’t feel very hungry, so we switched them discreetly since, for some obscure reason, I had received a conspicuously smaller helping than most people. Back in our hotel, he was suddenly overcome by trembling, loss of consciousness and was rolling on the floor while foaming at the mouth. When the doctors arrived, they immediately exclaimed: this man has been poisoned. They saved him in the nick of time. Two days later, a dozen uniformed officers of the Bolivarian Intelligence Service came to apologize and to let us know they had identified the foreign agent behind the operation. Now in a wheelchair, it took my friend six months to recover.

At a later stage, starting in 2010, the attacks always involved jihadists. For example, a follower of of Sheik Ahmed al-Assir ambushed my friend and tried to kill him. He survived thanks to the intervention of a PSNS militia. His aggressor was arrested by Hezbollah, handed over to the Lebanese army, then tried and sentenced.

In 2011, the daughter of Muammar Gaddafi, Aïcha, invited me to Libya. She had heard me on Arab television perorating against her father and wanted me to go there so that I would change my mind. And that is precisely what happened. One thing leading to another, I joined the Libyan government and was put in charge of the preparations for the UN General Assembly. When NATO attacked the Libyan Arab Jamahiriya, I was at the Rixos Hotel where the foreign press was lodged. NATO exfiltrated from Libya the journalists who collaborated with the Alliance, but was unable to evacuate those inside the Rixos because it was defended by Khamis, Gaddafi’s youngest son. He was staying in the hotel basement, where the elevators had been blocked. Libyan jihadists who subsequently formed the free Syrian army, under the command of Mahdi Al-Harati and the supervision of French troops, besieged the hotel, killing anyone approaching the windows.

In the end, the international Red Cross came to fetch us and took us to another hotel where the new government was awaited. At the new hotel, two Iranian Revolutionary Guards came to meet me. They had been sent by President Mahmoud Ahmadinejad and Vice President Hamid Baghaie to rescue me. Believing that things were under control, they left the country. However, a leaflet had been distributed all over town with the photo of a dozen wanted people: eleven Libyans and me. A group of “rebels” began to search the hotel looking for me. I was first saved by an RT journalist who hid me in his room and wouldn’t let the “rebels” enter, then by other journalists, including one from TF1. After a series of adventures, escaping death several dozen times, I fled with some forty individuals, akin to the Vietnamese boat people, aboard a small fishing boat heading for Malta in the midst of NATO warships. When we arrived at Valletta, the Prime Minister and the ambassadors of the nationals on board were waiting for us. All except the Ambassador of France.

When the “Arab Spring” began in Syria – that is the British-sponsored secret operation to put the Muslim brothers in power, as they had done a century ago with the Wahhabis – I returned to Damascus to help those who had welcomed me four years earlier. There, I experienced several close encounters with death, but it was a war situation. On one occasion, however, I was the direct target of the Jihadists. During one of their attacks on Damascus, the “rebels” who were officially supported by President François Hollande, tried to take my dwelling by storm. The Syrian army repelled them by installing a mortar on the roof. There were one hundred of them against five soldiers. But they were forced to withdraw after three days of combat. There were no Syrians among them, only Pakistani and Somalis without any military training. I can remember their chant of “Allah Akbar!, repeated hysterically as they assaulted my house. To this day, when I hear that noble cry, I still get goose bumps.

I returned to France in 2020 to join my family. Many of my friends had assured me that President Emmanuel Macron did not practice political assassinations like his two predecessors. Nevertheless, I was not free. Customs had received a tip that the maritime container with my personal belongings and those of my friend included weapons and explosives. They intercepted it and sent about forty officials to search it. It was a trap set up by foreign agents. Customs allowed some company to remove the items that had been extracted, a procedure that lasted for two days while the container was being looted and my belongings destroyed. The documents that we brought back with us have all disappeared.

Mine is not an isolated case. Julian Assange also became a target of the United States when he unveiled the Vault 7 system, which allows the CIA to compromise any computer or mobile phone. CIA Director Mike Pompeo mounted several operations, with the complicity of the United Kingdom, designed to either abduct or assassinate him. And, again, when Edward Snowden published a number of documents revealing to the world that the NSA was looking into the lives of every private citizen, all NATO members rallied against him. France went so far as to close its airspace to the plane carrying Bolivian President Evo Morales thinking that Snowden was on board. He is today a refugee in Russia. Freedom no longer lives in the West.

0 thoughts on “The West, a mockery of Freedom”