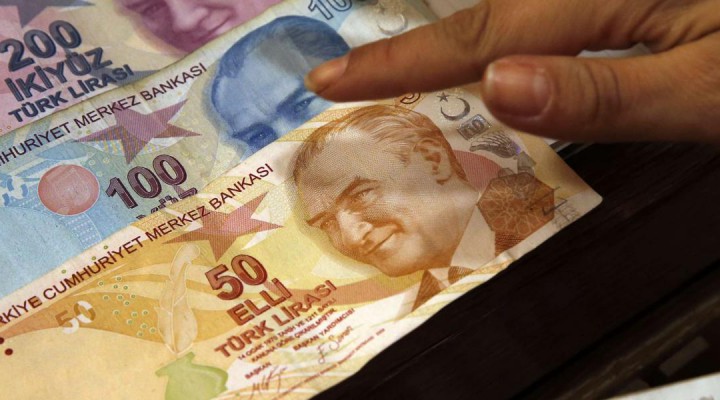 As Bloomberg reports, the High Election Board’s verdict, which is final, came after a vote on whether to nullify the vote based on the ruling party’s allegation that there were widespread irregularities in the March 31 vote, which Erdogan’s candidate lost. The decision fueled concerns about the democratic foundations of Middle East’s largest economy and the prospect of more political turmoil.

The result is dramatic and immediate – a collapse in the lira…

As we detailed earlier this morning, it was only a matter of time…

With the Turkish central bank rapidly running out of foreign reserves to deflect a tsunami of domestic lira selling, now that its pig lipsticking gimmicks have been exposed to the entire world, it was not a question of if but when the lira would crack and again tumble below 6 against the dollar.

That “when” was this morning, as Turkey’s currency suddenly plunged below 6.00 per U.S. dollar, triggering a volley of stop selling and touching its lowest level in almost seven months as authorities considered holding a new contest for the Istanbul mayor’s seat amid fraud allegations over the March election,

The immediate catalyst was also known: over a month after Erdogan lost a local election in the country’s top two cities, Turkey’s top electoral body has been under fierce pressure from President Recep Tayyip Erdogan as it nears a decision on whether to order a new contest for the mayor’s seat in Istanbul, a ruling that according to Bloomberg could inflict more damage on the economy by prolonging political turmoil.

“I have kept quiet until this day, but I have had enough,” Erdogan said over the weekend. “There is a clear case of fraud.”

Dozens of judicial investigations into alleged fraud in the March 31 municipal vote have also turned up the heat on the High Election Board, which may decide on the ruling party’s demand for a revote as early as Monday. Along with a setback in Turkey’s commercial hub, Erdogan’s AK Party also lost other key cities to the opposition, including the capital, Ankara.

Accelerated by the global market rout, the rising political uncertainty has sparked an exodus in Turkish assets while slamming the stagflating economy. The logical result: the continued collapse in the lira, which only avoided a plunge as the central bank intervened aggressively in the open market; the TRY has now depreciated for four consecutive weeks following the elections and is now well below the key psychological level of 6 per dollar Monday morning.

Furthermore, as Goldman notes, the USDTRY formed a “golden cross”, which is when a security’s 50-day moving average rises above its 200-day reading. The greenback gained all three times the pattern was formed over the past five years.

Technicals aside, all eyes are on the fight for the fate of Istanbul, where the ruling party’s loss would mark the biggest electoral defeat yet for Erdogan, who came to prominence as mayor of Turkey’s biggest city in the 1990s. Erdogan has refused to accept the vote’s outcome because he says election laws were violated when private-sector employees instead of civil servants were enlisted as ballot box officials.

The looming decision will serve as a litmus test for “the maturity of Turkey’s democracy,’’ according to Sinan Ulgen, chairman of Edam, an Istanbul-based think tank.

“If the board rules to renew the elections in Istanbul, they need to have a clear and acceptable reason that is in line with the law and public conscience,” he said. “Should the board defy that, it would mean a step backward for democracy.’’

While in the weeks following the election, Erdogan occasionally appeared to concede that Istanbul was lost, in recent days his rhetoric turned more aggressive and his calls for a fresh vote became more vocal after Devlet Bahceli, the head of a nationalist party that formed an alliance with Erdogan’s AKP, called new elections in Istanbul a matter of “survival.”

Meanwhile, Istanbul’s chief prosecutor sparked flashbacks to the fake “failed coup” of 2016, when he bolstered Erdogan’s argument over the weekend, alleging that dozens of those officials were found to be linked to a group that Turkey accuses of staging a failed coup attempt against Erdogan almost three years ago. The opposition dismisses the allegations as being an excuse for the government’s inability to acknowledge defeat. Turkey’s state-run media said Sunday that 43 suspects in a judicial probe of alleged Istanbul election irregularities were linked to that group, led by US.-based preacher Fethullah Gulen.

As Bloomberg adds, two of the 43 had an encrypted messaging application called ByLock that’s widely used by other Gulenists, Anadolu news agency reported, citing information from Istanbul’s chief prosecutor. The rest of the suspects were found to have deposited savings in a now-defunct lender allegedly run by Gulenists in the past, Anadolu said.

So there you have it: for all those long the carry-rich Lira, mostly Mrs Watanabe and various clueless retail investors, you can now blame Gulen for your ongoing P&L woes.

As for the lira’s future, expect much more pain. Citing traders, Bloomberg notes that as soon as the TRY tumbled below 6.00, the country immediately intervened, and Turkish state-run lenders sold more than $400 million of foreign currency on Monday. That amount failed to make even the smallest dent on the relentless selling pressure.  In other words, with FX reserves half a billion less, Turkey is rapidly, as Bloomberg put it, “approaching the rubicon” of state insolvency.

Once that happens, we wish the IMF the best of luck once Turkey disintegrates and Lagarde tries to wrest control from Erdogan over the local imploding economy.