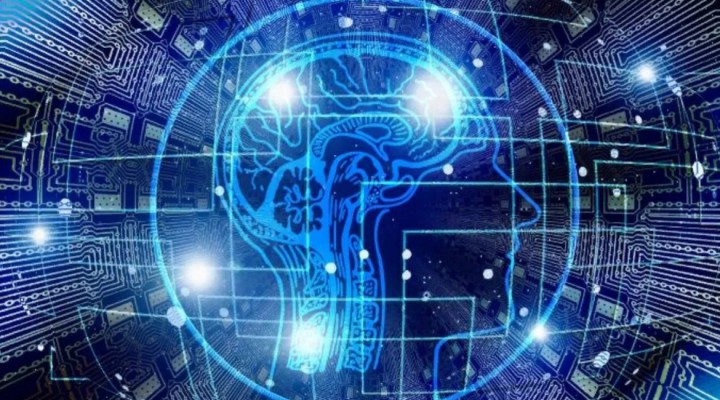 Worldwide dictatorship in the making

The author of the article, Inbal Goldberger, vice president of the Israeli company Active Fence , “with a background in intelligence”, suggests combining an artificial intelligence network with human intelligence to combat the “dark world of online abuse” – with “extremism, misinformation and hate speech.”

Artificial intelligence (AI) of computer programs, according to Goldberger, often cannot understand the “verbal formulations of hate groups”, it has not achieved “fluency in terrorist languages ​​and a subtle understanding of disinformation campaigns.”

“For example, there are robust AI models for detecting nudity, but only a few can distinguish whether this nudity is part of a renaissance painting or a pornographic image. Likewise, most models are unable to tell if the knife shown in the video is being used to advertise a butcher’s equipment or for a violent assault. This gaping hole can be exploited by attackers.”

Moderators who remove “unwanted” content lack the strength and knowledge to blacklist all misinformation sites. “Unlike AI, human moderators and subject matter experts can detect the nuances of online abuse… This accuracy, however, is limited to the analyst’s particular area of ​​expertise: a human moderator who is an expert on white supremacy in Europe need not be able to recognize malicious content in India or disinformation narratives in Kenya.”

Goldberger makes an application for global censorship: they say that moderators are at their best in Europe, but they have not yet reached India and Kenya. It is understood that the Indians, Africans, Arabs, as well as the Chinese and Russians themselves cannot be entrusted with control over information on the Internet.

To make the fight against “offensive content” truly global, Goldberger proposes to combine the efforts of AI (threat scaling) with the minds of country experts.

In 2017, IARPA launched the development of “a human – machine hybrid forecasting system for issues such as disease outbreaks, stock market fluctuations, elections, interstate conflicts.” In particular, the Synergetic Anticipation of Geopolitical Events ( SAGE ) project was led by the head of the research group on machine intelligence and databases at the University of Southern California, Aram Galstyan. “Feedback between human and computer intelligence” was worked out. In establishing such feedback, Inbal Goldberger sees the prospects for global censorship.

The SAGE project is part of the larger Hybrid Forecasting Competition (HFC) program overseen by the US Office of the Director of National Intelligence ( ODNI ). The HFC program aims to compare the performance of “various human-machine hybrids at predicting real-life events by fusing human judgment with information from sources such as traditional news reports, social media and financial figures,” ODNI said .

The possibility of using hybrid intelligence for intelligence purposes in the United States was taken up for the reason that previous projects of this kind had failed. The FutureMap project failed . Crowdsourced Intelligence Prediction Project Failed; its accuracy turned out to be less than 48%, that is, worse than when tossing a coin (heads-tails).

The project of proactive intelligence with the help of hybrid intelligence has also failed. Elon Musk has now been transferred to this direction, who promptly reorganized himself from promises to send people to Mars and started arguing that people should merge with artificial intelligence in the near future.

According to CIA Director of Digital Technology Andrew Hellman, American proactive intelligence has learned to accurately predict outbreaks of instability, conflict and terrorist attacks 3-5 days before they occur. However, “predictive capabilities with an event horizon of 3–5 days can only suit ordinary people who are going on a picnic next weekend and are interested in the weather. For proactive intelligence of social instability and conflicts, a forecasting horizon of at least a couple of weeks is desperately needed, but in a good way , 3-5 weeks , ” says Sergey Karelov , a leading Russian IT analyst.

Against the background of failures in the use of hybrid intelligence, it seems that they decided not to try to predict the future, but to design it, as Nobel laureate Dennis Gabor taught. That is to do social engineering.

Inbal Goldberger’s article on the WEF website caused a lot of noise. “The WEF plans to use artificial intelligence technology to combat ‘hate speech and disinformation’ and now anything that goes against their agenda will be considered disinformation… Let’s call it a global dictatorship in the making,” writes British journalist Sophie Corcoran.

“Inbal Goldberger is promoting AI as the king of censorship… It looks like she has completely merged with the Biden team,” they say on social networks.

“The group behind the Great Reset is advancing global censorship under the ‘AI plus human intelligence’ scheme. “The World Economic Forum (WEF) has proposed a new way to censor online content that requires a small group of experts to train artificial intelligence to spot ‘misinformation’ and offensive content,” read the headlines.

One way or another, attempts to introduce global censorship with the help of artificial intelligence have not been marked by practical success. So far, much ado about nothing.

The War On Dissent

AI and the War on Agriculture with Christian Westbrook

Despite the rise of AI ‘super-brains’ that help tanks and robots target the enemy, humans will always triumph over machines in war

0 thoughts on “Artificial intelligence – the king of global censorship?”