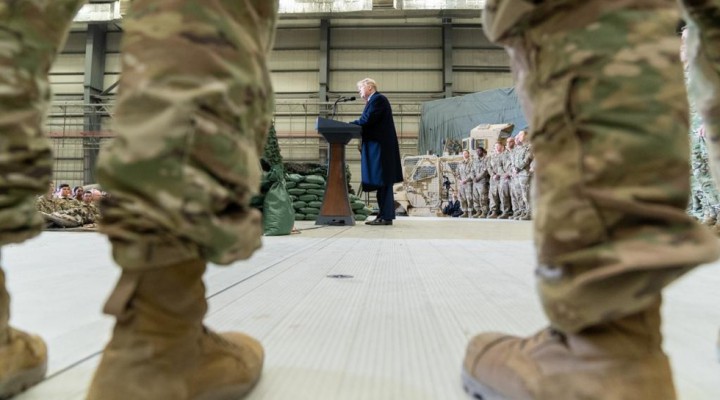 President Nixon referred to the peace accords ending the Vietnam War as “peace with honor;” what President Trump is doing in Afghanistan is gearing up to become the same – both on the shiny label and in the sobering reality.

The US has begun withdrawing combat troops from Afghanistan, initiating a process set forth in a peace agreement signed with the Taliban on February 29 which, if implemented, would see the number of forces in the country cut from about 13,000 to 8,600 over the next four and a half months and, if the conditions for total withdrawal are met, all US and foreign troops removed from Afghan soil over the course of a 14-month period. The troops leaving Iraq under this current round of reductions were already scheduled to return home; unlike previous rotations, this time there will be no replacements flown into Afghanistan to replace them.

Once the US presence is reduced to the 8,600 level, there will be a pause while the overall progress of the peace agreement is evaluated. The standards used to evaluate compliance remain sketchy – the Taliban have insisted, for example, that the US cease all drone attacks, while the US requires that the Taliban forego suicide bomb attacks. None of these conditions preclude acts of violence between the Afghan government and the Taliban; indeed, there have been several major intra-Afghan clashes since the peace agreement was signed, none of which have interrupted the US’ plans for the initial withdrawal of troops.

The US withdrawal is contingent on a lack of Taliban-on-US violence, and a commitment by the Taliban to ban Al-Qaeda and Islamic State (IS, formerly ISIS) from using Afghan soil to threaten the security of the US and its allies. This leaves open the question as to what the future holds for Afghanistan. When asked if the US withdrawal might result in the Taliban eventually unseating the existing Afghan government, President Trump told the press that it is “not supposed to happen that way but it possibly will.” Trump added that “Eventually, countries have to take care of themselves. We can’t be there for another 20 years… You can only hold someone’s hand for so long.”

Trump’s allusion to Kabul being “overrun” by the Taliban once US forces leave harkens back to the US’ experience in Vietnam. On January 23, 1973, then-President Richard Nixon euphemistically referred to the peace accords negotiated with between the US and North Vietnam as constituting “peace with honor.” The reality, however, was far different. The US implemented a policy of ‘Vietnamization’ that transferred responsibility for the security of South Vietnam to the South Vietnamese government. A little more than two years later, in April 1975, the North Vietnamese overran the South Vietnamese capital of Saigon, unifying Vietnam by force.

The US has spent nearly 19 years and hundreds of billions of dollars training the Afghan military and security forces to fend for themselves. One of the purposes of the ‘pause’ in withdrawing US troops from Afghanistan at the four-and-a-half-month mark is to evaluate the capabilities of the Afghan military to carry out counterterrorism operations once the US leaves. The benchmark for defining what constitutes a satisfactory standard, however, has been left deliberately nebulous in the peace agreement.

The reason for this appears to be quite clear: void of a major US-on-Taliban confrontation, there is virtually nothing that can stop the US from completing its total withdrawal from Afghanistan. This withdrawal is a matter of domestic American politics more than national security. The US is tired of the Afghan War and is desperate for any opportunity to bring the conflict to an end, even if Trump’s definition of “peace with honor” ends up replicating a Saigon-like end to the Afghan government.