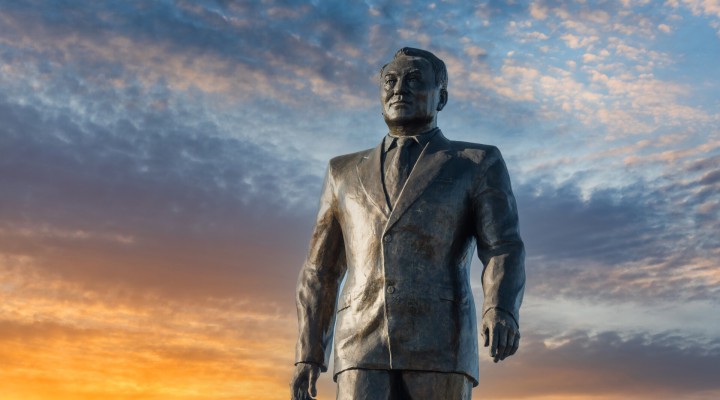 The recent political violence that erupted in Kazakhstan has led to a broad reappraisal of the geopolitical importance of that nation, from both an “East versus West” perspective and a global energy security perspective. Prior to the explosive protests, Kazakhstan was viewed by many as a nation whose pro-Western economic leanings could be used to lure it away from the Russian orbit. Post-unrest, Kazakhstan has solidified itself as not only pro-Russian, but also a willing participant in a trans-Eurasian partnership between Russia and China. Expect a de-emphasis of the models of the past and an opening up Kazakhstan’s mineral resources to non-Western interests, in particular the Chinese. This should help guarantee the continued availability of Kazakh oil to the global market, albeit on conditions not supportive of Western geopolitical ambition.

Early in the recent outbreak of violence in Kazakhstan, there was much speculation on the origins of the unrest, including the possible involvement of outside agencies in planning something akin to the “color revolutions” that have occurred in other nations inside the Russian orbit. Georgia, Ukraine and Belarus come to mind.

This was not idle speculation. In a 2019 report prepared for the US Army, Extending Russia: Competing from Advantageous Ground, US think tank Rand Corp. outlined “nonviolent measures that could stress Russia’s military or economy or the regime’s political standing at home and abroad.” “Nonviolent” is a term of art, which in this case excludes the overt use of Western military force but not the promotion of civil unrest that leads to violence. It is this very civil unrest that is designed to overextend Russia.

One of the regions identified in the Rand study was Central Asia, focusing on the importance of the Eurasian Economic Union (EEU) and, by extension, the role of China’s Belt and Road Initiative (BRI) in enhancing EEU viability. Any Western undertaking that brought a pro-Nato government to power in an EEU state would be seen as extremely disruptive to the geopolitical posturing of both Russia and China.

While much attention has been paid to the vulnerability of Kyrgyzstan to such adventurism, any upheaval in Kazakhstan that tilts political power away from Russia and China toward the US and the West would represent a much bigger strategic shift than Kyrgyzstan could ever offer.

The rapid expansion of the antigovernment unrest in Kazakhstan, and the appearance of thousands of well organized bands of young men apparently operating from the same plan, led the Kazakh government to openly accuse outside actors of being behind the unrest. This was what provided the legal justification for Kazakhstan to trigger the collective defense clause of the Collective Security Treaty Organization (CSTO), paving the way for the rapid deployment of thousands of troops from Russia, Belarus, Armenia and Tajikistan to assist with internal security.

The situation inside Kazakhstan has calmed down and the CSTO troops are now beginning to return home. As the dust settles in Almaty and elsewhere, it is becoming clear that the origins of the unrest were not foreign, but rather domestic, reflecting a growing rejection of the decades of corruption that had come to define Kazakh government and society.

Rather than some elaborate CIA scheme, the violence was the natural byproduct of the accumulation of social grievance that had been looking for an excuse to explode. When the Kazakh government arbitrarily raised the price of liquefied petroleum gas (butane and propane), which many Kazakhs use to power their automobiles, societal grievance reached critical mass. The explosion of violence was then exploited by clan-based power structures anxious to retain a system that had sustained them for decades.

Let there be no doubt: What transpired in Kazakhstan this month was a failed coup d’état. But this was an internal coup, reflecting an internal power struggle under way since former President Nursultan Nazarbayev stepped down as leader in 2019. A wave of arrests of senior government officials, many of them in the security services and all either related to or working for the former Kazakh president, underscores this domestic dynamic behind this violence.

The world’s media has widely reported about the Nazarbayev government’s corruption and exploitation of Kazakhstan’s natural resources for its own enrichment. Billions of dollars were allegedly involved, leading to the creation of a shadow society sustained by illicit back-channel mechanisms attached to the overall concept of “doing business” in Kazakhstan.

It would have been one thing if this extended to Kazakh society as a whole — equal-opportunity corruption is far more sustainable than a model that promotes a system of haves and have-nots. But Nazarbayev is said to have doled out the proceeds almost exclusively to his family, which in Kazakh terms means the Shapyrashty clan of the Uysun Union of the Senior Zhuz.

The “Zhuz,” or “Horde,” is a system of tribal allegiances dating back to the times of the Mongol conquest that is alive and well in Kazakhstan today. There are three “Zhuz” in Kazakh society: the Senior, the Middle and the Junior. Each is composed of tribal unions. Nazarbayev’s clan, and the Senior Zhuz to which he belongs, hail from southern Kazakhstan, a resource-deficient region. Kazakhstan’s oil comes mostly from western Kazakhstan, home to the Junior Zhuz.

Nazarbayev was able to sustain his rule with support from his clan, and by extension his clan’s union and the Senior Zhuz. Nepotism was the order of the day, leading to widespread dissatisfaction among both the Middle and Junior Zhuz and associated tribal unions and clans.

When Nazarbayev stepped aside in 2019, he hand-picked his successor, Kassym-Zhomart Tokayev, who, like the former president, hailed from the Senior Zhuz. Nazarbayev did not completely divorce himself from the affairs of government. He assumed the position of chairman of the Security Council, an influential body that advises the president on military and national security affairs.

Moreover, Nazarbayev ensured that his allies continued to hold critical positions at the Kazakh intelligence organization, the National Security Committee. Its chairman, Karim Massimov, a former prime minister under Nazarbayev, and Deputy Chairman Samat Abish, Nazarbayev’s nephew, were both members of the Shapyrashty clan of the Uysun Union of the Senior Zhuz.

Both Massimov and Abish have now been removed from their posts and arrested for treason. Nazarbayev voluntarily stepped down from the Security Council. Through these arrests, the Tokayev government all but confirmed that the violence was part and parcel of a scheme by Nazarbayev’s Shapyrashty clan to seize power and so guarantee their continued control over the shadow economy that enriched them for decades.

Corruption does not occur in a vacuum — if the energy-based economy of Kazakhstan served as the engine for the formation of a domestic power base that benefited from this system, then the fuel that kept that engine running was the multibillion-dollar energy industry.

Moreover, given the hand-in-glove relationship between the Western oil industry and the energy security policy of the US, which drives its geopolitical strategies, it is not a stretch to conclude that Western government strategies vis-à-vis Kazakhstan were built on a model that tolerated the Nazarbayev government. As such, any fundamental realignment of Kazakhstan’s domestic power structure that disenfranchises the Shapyrashty clan has, by definition, impacted how the West does business in Kazakhstan down the road.

It is too early to be able to conclude that the government of President Tokayev will succeed in purging Kazakhstan of corruption, which has infected nearly every aspect of Kazakh society. The irony is that under normal circumstances, the West encourages anticorruption measures as a precursor for democratization and investment. Oil, however, creates its own moral code.

It is more clear that the failed coup by Nazarbayev’s Shapyrashty clan has achieved the opposite of what the 2019 Rand study promoted. Rather than overextend Russia, the internal unrest in Kazakhstan has solidified Kazakh-Russian relations. And, by disrupting the old model, the unrest potentially weakens the position of Western oil giants while opening the door for the very BRI-based Chinese investment the Rand study wanted to avert.

The good news out of Kazakhstan is that, from an energy security perspective, all is well. The bad news for the West is that Kazakh’s energy security focus may be tilting eastward.

Kazakhstan Is The Latest Victim Of Hybrid Warfare

Kazakhstan Chaos: An Opportunity, But for Who?

Kazakhstan’s Chaos: Lessons for the Rest of Asia

War in Ukraine? Unrest in Kazakhstan? What’s going on?

After Kazakhstan, the color revolution era is over

0 thoughts on “The Kazakh Conundrum”